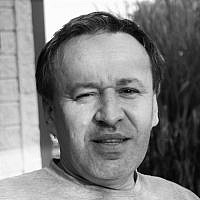 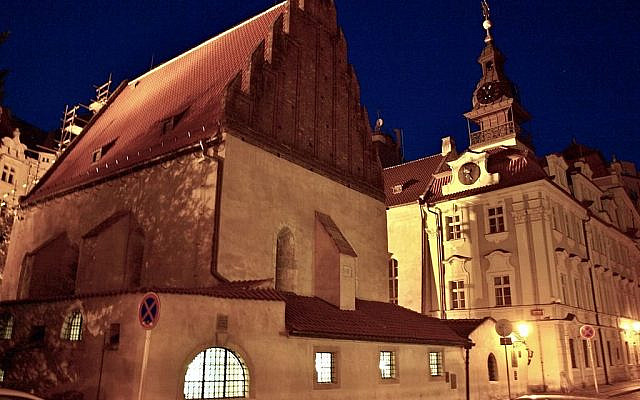 The night of March 27, the first night of Passover, is gone and the child’s questioning, the highlight of the Seder ceremony, provides an opportunity to spare some thoughts for parents and teachers.

It is mere coincidence that March 28 marks an important day in Prague too. On this very day in 1592, Jan Amos Comenius, one of the key European educational reformers, remembered mainly for his innovations in methods of teaching, was born. This is why Czechs and Moravians today celebrate the Teachers’ Day, on the occasion of the anniversary of Comenius’ birthday. Comenius, the great teacher, philosopher and religious leader, will serve me as little preview to my today’s story.

The story of Jan Amos’ life is heart-breaking. He lost his family twice. He had no settled home but wandered from place to place after the outbreak of the Thirty Years’ War. The emperor of the Holy Roman Empire forced him and other reformed religious leaders to flee. Jan Amos lost his job, he lost his homeland, he lost everything. The nation’s elite had been crushed. Persecutors subjected the nation’s spiritual leaders to physical abuse in an effort to make them renounce their faith. Many people were robbed of their property, murdered or hounded out of the country into exile never to return again.

Comenius, in the face of a deluded and cruel world, firmly believed in the possibility of rebuilding human society through education and a reformed educational system. Only well educated people would be able to make the right choices, act accordingly and live in peace. He promoted rapid, pleasant, and thorough learning, teachers ought to pay attention to the mind of the child and to the way the student learned. He believed it was necessary to make European culture accessible to all children through a better way of teaching a foreign language than by the inefficient and pedantic methods then in use (“nature’s way” learning). Many of his large-scale works that he wrote for the didactical and pedagogical use cemented his international fame. Eventually, he spelled out his broad vision of the social and political reform in his grandiose magnus opus “A General Consultation Concerning the Improvement of Human Affairs”, significantly contributing to the peace education and the reconciliation of peoples and religions.

Jan Amos was only seventeen years old when another important scholar of the Renaissance period, an iconic Talmudic super-commentator, Jewish mystic, and philosopher, “our teacher, rabbi Loew”, The Maharal of Prague, passed away. For twenty years rabbi Loew served as Landesrabiner – chief rabbi – of Moravia in the city of Mikulov, a picturesque winegrowing city separated from the place of Comenius’ birth by distance of only about 100 km. It is though very unlikely that the two fellow citizens ever met. Jan Amos was too young and rabbi Loew already retired from Moravia before Amos’ birth and served as a leading rabbi in the city of Prague in Bohemia and as chief rabbi of the whole Poland in Poznań.

The two iconic public heroes have so much in common and that’s why I endeavor to write a few lines on The Maharal of Prague on the occasion of the Teachers’ Day. Most importantly, for both Comenius and rabbi Loew, the future of their peoples had always been uppermost in their minds, dear to their hearts. It weighed heavily on their minds. They both were not able to accept the unhappy state of the education system that was not consistent with Torah’ and biblical requirements. Here are a few MaHaRaL’s ideas that are also part of Comenius’ wide-ranging educational reform: Learning ought to take place in accordance with purposeful order of Nature. The system of the laws of Nature is rational, inevitable and knowable. Teaching this system is a natural process of growth in which respect for originality, uniqueness, and spontaneity play an important role. Teaching ought to inspire and motivate the student to desire and love for knowledge to be seen as a path to wisdom. Effort and perseverance in learning trigger the higher moral aspects of the human psyche. Learning must be without fear of punishment, studying itself must be associated with pleasant emotions. One should not only devote oneself to theoretical wisdom unrelated to practical deeds, studying should lead to wisdom connected with practice. Man is able to really know only what he understands and understands it well. Therefore, repetition is the mother of wisdom.

What we have also learned from MaHaRaL, among many other things, is that question is halfway to knowledge. Whoever does not ask will know nothing. The answers to the questions should never be final, but lead to a chain of other questions leading to independent joyful discovery. It is not possible to come to wisdom without a suitable Teacher though. Also, one must cling to wisdom, completely and unreservedly, even in the case of one’s children. This is by far the most important thing to do.

According to Rabbi Loew, we the parents and family, have a duty to use family conversations as opportunities to gain knowledge, pass on wisdom, and seek solutions. We are obliged to bring up our children to wisdom (HASKEL), as it is separated from matter, thus related to the future world. Passover and Easter ceremonies provide one of the best opportunities for parents and other family members to teach their beloved descendants important lessons, and they will remember it all their lives.

May the LORD teach us to number our days so that we may present to Him a heart of wisdom. May G-d have mercy on us all.