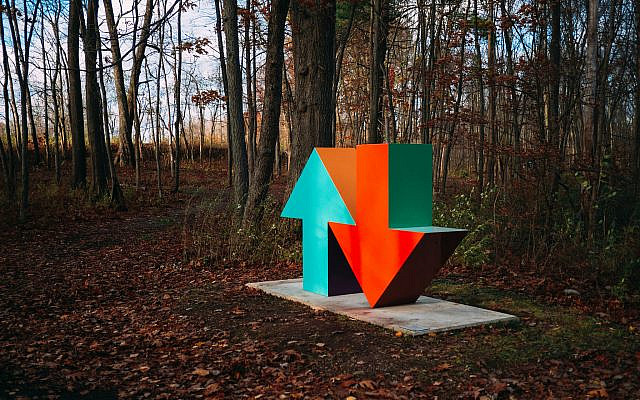 In this week’s Torah portion, Toldos, we are introduced to Jacob and Esau. On the surface, the story is one of sibling rivalry, but its mystic depths contain some of the most profound secrets of our existence. Why did the tzaddik, Isaac, favor the wicked Esau? Why did the righteous Rebecca devise a plan to deceive her beloved husband? What is the battle between Jacob and Esau that continues to be waged throughout history? How can we end this conflict and usher in a time of peace when we will battle our brother no more?

Similar to his father Abraham, we find that Isaac also had two sons with vastly divergent natures. While his son Jacob was an “אִישׁ תָּם ישֵׁב אֹֽהָלִים/ish tam yoshev ohalim/an innocent man dwelling in the tents” of Torah learning, his son Esau was “אִישׁ יֹדֵעַ צַיִד אִישׁ שָׂדֶ֑ה/ish yodea tzayid ish sadeh/a man of the field who knew how to hunt” (Genesis 25:27). Rashi comments on this verse that “as soon as they became thirteen years old, this one (Jacob) parted to the houses of study, and that one (Esau) parted to idol worship.” As he grew older, the sages teach, Esau indulged in every type of transgression, from murder to theft and adultery. Yet when Isaac neared his death and it came time for him to pass on the birthright that he had received from his father to one of his own sons, he chose Esau instead of Jacob. His wife Rebecca knew that it was Jacob who deserved the blessing – like her forebear Sarah, it is once again the mother who has clarity on such things – and she devised a plan whereby Jacob would dress in Esau’s clothes and “trick” Isaac into blessing him. Yet the question remains, how is it possible that the wise and holy Isaac could make such an error?

The mystics teach that Isaac was able to perceive the root of Esau’s soul, which derived from a heavenly realm so lofty that it was beyond this lowly world of concealment” and limitation. He believed that if Esau were granted the additional power of the birthright blessing, he would be able to harness his otherworldly potential and channel it into the world. Rebecca also recognized her son Esau’s hidden power, but she knew that some energies are too lofty for certain souls to bring down on their own. She understood that it would require a “partnership” of sorts between her two sons in order for this intense holiness to be accessed. She therefore instructed Jacob to dress himself in Esau’s clothing. On the surface, the reason for this masquerade was so that Jacob could deceive his father Isaac, who was blind, and convince him that he was in fact blessing Esau as he originally intended. But the chassidic masters explain that when Jacob dressed in Esau’s garments, it was as if the two brothers’ energies were combined.

The Hebrew name for Jacob is “יעקב/Yaakov,” the root of which is “עקב,” which means “heel.” According to the “pshat/simple understanding,” Jacob was given this name because when he and his twin brother Esau were born, Esau emerged first, and Jacob came out second, clutching his brother’s heel. But on a deeper level, the name “יעקב” is a combination of the letter “י/yud” and the word “עקב/heel.” The letter “yud” is the first letter of God’s name “יְ-הֹ-וָ-ה” and represents “chochma,” or the highest levels of wisdom. Jacob was named “י-עקב” because he was able to transport the very highest levels, represented by the letter “י/yud,” down to the very lowest levels, represented by the “עקב/heel.” Esau’s power was far beyond the world, and Rebecca knew that he required Jacob’s power of combining the highest and lowest levels in order to channel it earthward.

What was the incredibly lofty Godly source of Esau which his parents and his brother were trying to access and manifest? We can find an answer in the wording of Isaac’s direction to Esau regarding the blessing:

The Alter Rebbe (Torah Or, maamar Reeh Reiach Bni) addresses the significance of the words “לִפְנֵי יְ-הֹוָה/lifnei A-donai/before the Lord” in this verse. Could it not have said simply ‘I will bless you before my death,’ without adding the phrase “before the Lord”? The Alter Rebbe explains that the blessing needed to come from a level “lifnei/before,’ or higher than, the name “יְ-הֹוָה/A-donai.” This name of God represents the realm of worlds, and Esau’s soul root was higher than all of the worlds. In order to reach it and bring it downward, Isaac would have to go “lifnei A-donai,” beyond the worldly plane. In addition to “before” or beyond, “lifnei” literally means “to the face.” Isaac could see the “Pnei A-donai/face of God” in his son Esau, though Esau could not see it himself. He wished to bless Esau “lifnei A-donai” – that he should be able to access this lofty level within himself. Isaac wanted nothing more for his son Esau than that he could find and reveal the essence of God, the “Pnei Hashem,” that was hidden in his core.

Unfortunately, in spite of his father’s efforts, Esau would be unable to do so. Unlike his uncle Ishmael, Esau did not return to the path of righteousness and “teshuvah.” Nevertheless, though he was unable to allow his essence to fully manifest through the thick veils of his base animalistic nature, there were instances throughout Esau’s life when his ultimate Godliness momentarily broke through. One of these moments occurred in the immediate aftermath of Isaac’s bestowal of the blessing on Jacob. Unaware that Jacob had already secured the blessing by dressing in his clothing, Esau enters his father’s tent and asks Isaac to bless him. At this moment, Isaac suddenly realizes that he has been deceived. Though Isaac quickly understands that Jacob did indeed deserve the blessing – for Esau admits that he had sold the birthright to Jacob previously – Esau is devastated with the recognition of what he has surrendered. Bless me too, he begs his father. But Isaac informs him that he has already given Jacob everything. Esau begins to weep, and in one of the most moving and heartrending episodes in all of Torah, he cries:

The words “bracha achas” are simply translated as “one blessing,” but they can also mean “the blessing of oneness.” You have the blessing of oneness, Esau says to his father, cognizant in this moment of brokenhearted clarity that it is the recognition of God’s absolute unity that has distinguished his grandfather Abraham and his family from all of the other people on earth. I, too, want this blessing, he admits as the tears begin to flow. He truly desired to experience the oneness that he sensed in his essence even if it seemed very far from him. Even the most egregious “sinner” has moments of clarity in which s/he glimpses her/his inner Godliness, though they may be infrequent and short-lived. We can – and must – feel for Esau here, like an addict who sobers up for a moment and perceives a glimmer of what his life could be if he were not controlled by his addiction. We can see his struggle and weep with him for his inability to be who he has the potential to become. All of us have these flashes of what we truly are and of how beautiful life could be if we could simply reveal the truth that is within us. Like all of us who are imperfect, Esau had to deal with the painful tension of his fiercely competing internal drives. In a moment of complete honesty, he begged his father for the blessing of oneness. I want to be one, but it is so hard for me to control myself.  Please help me!

Like Abraham, Isaac, and Jacob, our job is to expose the face of God wherever it is hidden. All of those who act “ungodly” in this world are simply unable to access their Godly essence and potential. It is the lack of belief in, or awareness of, the “Pnei Hashem” within them that makes them act in ways that are contrary to their true and highest nature. To transform the world, and to hasten the arrival of the time of peace and perfect vision, we must work tirelessly to help those who are lost to find and reveal the Godliness within them.