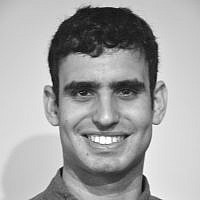 The Blogs
Ben Sales
Apply for a Blog
Please note that the posts on The Blogs are contributed by third parties. The opinions, facts and any media content in them are presented solely by the authors, and neither The Times of Israel nor its partners assume any responsibility for them. Please contact us in case of abuse. In case of abuse,
Report this post.

JTA — Last week, Politico reported, citing a “White House official,” that Jared Kushner and Ivanka Trump got special permission from a rabbi to fly to Saudi Arabia on Shabbat as part of President Trump’s first foreign trip. My coverage earlier this week tried to suss out who that rabbi was.

But readers’ responses have focused on a few different questions: Why does Jewish law prohibit flying in a plane on Shabbat? Why might Jared and Ivanka have been allowed to fly?

And finally, should JTA be reporting at all on their religious conduct?

Based on conversations with a few Orthodox rabbis — and my own knowledge — I wrote that flying on Shabbat is prohibited because flying the plane involves igniting a combustion engine, thereby lighting a fire. Lighting a fire is one of the few actions expressly prohibited on Shabbat by the Torah.

But while that might be true for the pilot, it isn’t, really, for the passenger. After all, if I’m sitting in coach, I’m not literally flying the plane, much less turning it on or off. (Although some make the case that the additional weight of each passenger causes the engine to consume more fuel.) The reason observant Jews abstain from flying on Friday night and Saturday is because Jewish law prohibits traveling too far outside a city (essentially, from wherever one intends to spend the 25 hours of the Sabbath) on Shabbat.

Unlike lighting a fire, that prohibition is mandated by rabbinic sources, not the text of the Torah itself — and therefore is less severe. That’s why Conservative Rabbi Noah Bickart said the anonymous rabbi’s ruling is no surprise.

“I’d have given any government employee with a serious national security portfolio carte blanche to violate [rabbinic prohibitions], as would most anyone,” Bickart, who’s also a post-doctoral fellow in ancient Judaism at Yale, wrote in a Facebook comment. “This is dog bites man for [Jewish law]. No news here.” 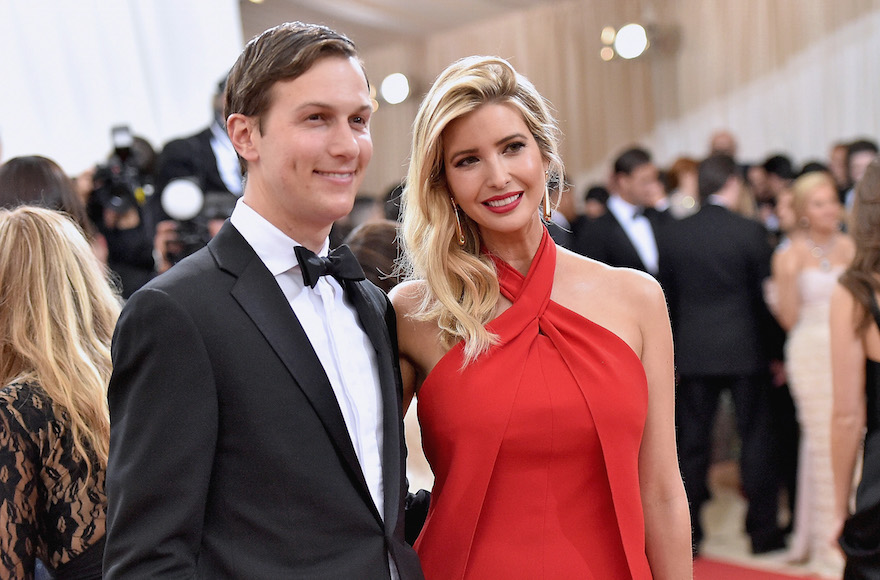 Jared Kushner and wife Ivanka Trump at the Costume Institute Gala at Metropolitan Museum of Art, on May 2, 2016 in New York City. (Mike Coppola/Getty Images for People.com/ via JTA)

Fit for (an adviser to) a king

But what was the reason Ivanka and Jared’s rabbi give in granting that permission? I wrote that such exceptions are granted — say, to a physician or to someone who can intervene in a medical emergency — in the interest of “pikuach nefesh,” or the obligation to save a life, even if it means breaking Shabbat prohibitions. My conversations with Orthodox rabbis seemed to reinforce that that was one likely answer. But that might not be the only explanation.

A couple rabbis told me that Jared and Ivanka’s national security duties might fall under the umbrella of pikuach nefesh — dealing with matters of life and death. But a few essays suggest that they might be exempt on different grounds: simply because they’re senior advisers of the president.

That concept is called “karov l’malchut” — roughly, “confidant of the king.” It allows observant Jewish advisers of a ruler (or president) to violate rabbinic prohibitions in order to do their jobs. Because the advisers’ actions can safeguard (or endanger) Jewish welfare, they’re given more flexibility.

“Since their unique status required them to make themselves available to the ruler, they were allowed to violate various rabbinic prohibitions,” Orthodox Rabbi Jeffrey Woolf, a Talmud professor at Israel’s Bar-Ilan University, told the site Jew in the City. “Overall, they amount to a recognition that a Jew in high government office has the ability (and the obligation) to do good for the community, and to prevent harm.”

Lastly, why write about this at all? Isn’t this just “frum-shaming,” in which busybodies try to embarrass observant Jews for their own unseemly reasons?

While it may be uncouth to scrutinize the religious practices of private individuals, Jared and Ivanka are two of the most powerful people in the country. As public officials, their actions affect hundreds of millions of people across the country and world.

Nor is their Judaism private. Ivanka has written about her Jewish observance regularly, and Jared invoked his family’s Jewish heritage in an op-ed defending his father-in-law last year. Trump’s Jewish supporters have pointed to Jared and Ivanka’s religion as proof that the president must be Good For The Jews.

Some within the Orthodox fold have argued — perhaps less persuasively — that as highly visible Orthodox Jews, the couple have an obligation to serve as religious role models.

So when a White House official makes a public comment about Jared and Ivanka’s Jewish observance, it’s only natural that a Jewish wire service would report on it — and explore the issues surrounding it.

Maybe, someday, we’ll even find out who that rabbi is.

About the Author
Ben Sales is the Israel correspondent for the Jewish Telegraphic Agency.
Related Topics
Related Posts
Comments