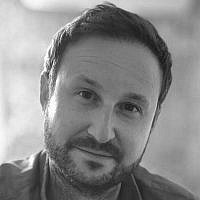 The Blogs
Slava Bazarsky
Apply for a Blog
Please note that the posts on The Blogs are contributed by third parties. The opinions, facts and any media content in them are presented solely by the authors, and neither The Times of Israel nor its partners assume any responsibility for them. Please contact us in case of abuse. In case of abuse,
Report this post. 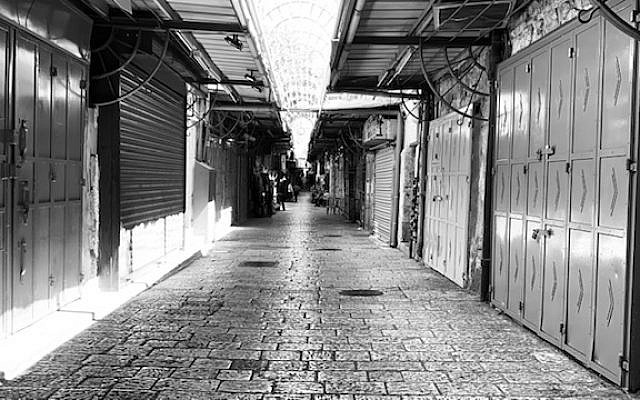 The city has so much to offer from religious sites such as the Church of the Holy Sepulcher and the Western Wall, breathtaking sightings over the roofs of the Old City, lively markets with spices from the entire Middle East with mesmerizing scents and unceasing movement of people who yearn to discover every corner of the capital of Israel.

For all my years as a tour guide in Israel since 2006, I am used to loads on people on any site and site in Israel and Jerusalem in particular,

It is almost impossible to pass through one of the oldest cities in Israel such as Jaffa, Acre, and other cities and not to come across someone you know or a large tourist group that will block you the way and prevent you from a free passage, indeed it was the situation that annoyed so many of my colleagues, 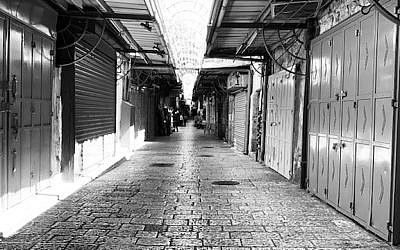 Jerusalem old city streets. (courtesy)
March 2020 will be completely the date that many will never forget, the date that signals the beginning of a war that has no end, invisible and unknown, the disease struck the whole world and left no chance to anyone and did not pass on any corner of the world, and my profession probably got the worst hit.

I went on a visit to Jerusalem and used the private transportation company that I used during my private tours in Israel, of course, they took me to Jerusalem but I felt uncomfortable because why at a time when there are no tourists I want to get there? Deep inside regardless of my work I felt a strong longing and a need to visit Jerusalem, this exhaustion no one can explain but the attraction is so strong that it is simply impossible to resist, some call it the Jerusalem syndrome but to me, it doesn’t matter so much. 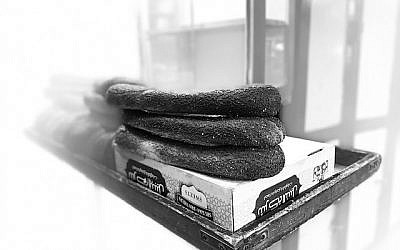 Bagels near the Jaffa gate. (courtesy)

The road to Jerusalem felt strange, the number of vehicles going to the capital was much less and the road was almost free, I did not notice a single tourist bus along the way, the entrance to the city was empty and aroused a certain fear that, indeed, something not good was about to happen.
I got off the car near the Jaffa Gate and started my walking tour in Jerusalem, this time without tourists that I used to guide, the Jaffa Gate and the tower of David looked at me as someone Foreign and they even were happy on their part that finally, a guest who did not visit for a long time came to travel. The pretzel seller was not in place and I was missing the sweet smell that accompanies you at the beginning of the tour in the Old City, I was anointed to go and look around and I was amazed that everything I used to see around, tourists, shops and unceasing traffic just don’t exist!, for a moment I saw that the city turned from gold to black and the feeling of frustration and sadness filled my heart. 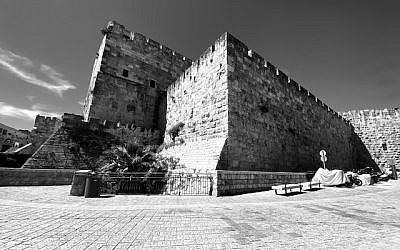 The Tower of David. (courtesy)

I went down the main street of Jerusalem, David Street and all I see is closed doors without sellers and sad people sitting at the door, the jewelry seller Abed whom I have known for years stared at me and looked for some hope or encouragement that I could not provide because I was myself in state of shock from what was happening.

I continued to the Christian Quarter to the holiest site for Christians in the world-the Holy Sepulcher that was built in the fourth century C. E. by Queen Helena and her son Constantine the Great, this is where Jesus was crucified and ascended to Heaven, during this time of the year this area was almost impossible to approach but to my surprise, the place was deserted, the policeman who is in charge answered me that apparently, the Messiah is on the way…an excellent joke in view of the situation but this time not even funny. The church in front of me was completely empty of Man and even the priests looked sad inside and spent their time playing checkers. The light inside the church did not shine and again looked black and oppressive as the situation In Jerusalem. 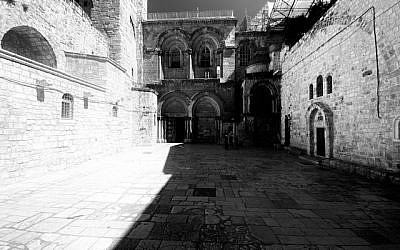 The church of the Holy Sepulchre. (courtesy)

I continued walking I the streets of the Old City and saw more and more familiar people who seemed despondent with stale and closed shops yearning for a client to buy and make first sell of the day…it was already 2 PM.

The road to the Western Wall was empty without any human traffic, the passage pretty scared me at the sight of the abandoned city which no one needs anymore and inside the feeling was just terrible, looking at the Western Wall with many partitions I began to notice very few people, usually the place is crowded and very happy with bar mitzvah celebrations and other events,

I placed a note with a wish, today you don’t have to guess what exactly I asked for because it’s pretty obvious, I ask to return the color back to the city and make it from Jerusalem of black to Jerusalem of gold. 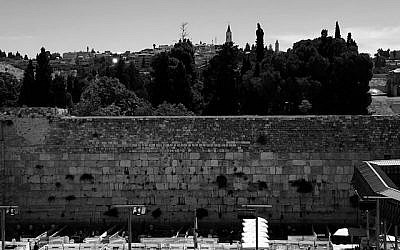 We pray for better days and they will return, our city will shine again.

About the Author
Slava is a professional tour guide in Israel since 2006. His job is to show his tourists the highlights of our amazing country.
Related Topics
Related Posts
Comments