Last Monday I moved to Tel Aviv. I was pretty sure the day was coming from the time I left the White City to move to Jerusalem; I just didn’t know it would take three and a half years to return. I feel blessed and lucky to have lived in both places — what I call the yin and yang of this country — and spending my “formative Israel years” in both cities will influence and shape my identity and feelings about this country and its society for the rest of my life.

But while most people feel compelled to pick sides, as if it were the Upper West Side vs. the Upper East Side or David Lee Roth vs. Sammy Hagar, I don’t feel like I have to choice.

I can’t badmouth Jerusalem. It’s easy to say “Jerusalem is boring and everybody’s religious” when you don’t live here. Yeah, well, New York is expensive and everybody is rude — except when you spend some time there and realize life isn’t always so black and white.

When they talk about the well-documented exodus of young, non-Orthodox people from Jerusalem, they’re supposed to be leaving with some kind of bad taste in their mouths. My mouth tastes fine (and not just because I’ve had three café hafuchs today). Seems that some number of people have a tough time seeing the good in both places, or that they can’t choose one without bad-mouthing the other.

By all means, live wherever you want, but there’s no weakness in admitting that there’s value in somebody else’s city of residence. Whereas the question used to be, and mostly from Israelis, Wheech eez beh-ter, Ah-mehr-ica or Eez-rayl? now it’s “Which is better, Jerusalem or Tel Aviv?” I just find it a bit tiresome — both the question and the thought processes behind it.

Sha’anan Street of Hadag Nachash was right: The hummus in Jerusalem is good and it is in fact baduk; I checked it outside the Damascus Gate just a week ago and in the Christian Quarter on Saturday.

I’m pretty sure Tel Aviv has nothing that compares to the mystique of the Old City. And there is nothing like the roga (tranquility) and sheket (quiet) on a Saturday afternoon in Jerusalem. So many times I find I’m the only one on the street, as if I were Tom Cruise in “Vanilla Sky” (just without the nice car, the Hollywood looks, and the over-dramatic faces). And there is no doubt that ha’ir hazot hihzira li et hashlita b’haim (this city returned control to my life). My life stabilized by leaps and bounds over the last few years living here, as I transformed from a somewhat confused new immigrant to an oleh who, if not vatik, at least feels great about his life and his place in this country.

So, why did you leave?

I rarely go out and can’t stand a lot of things about the nightlife in this city (not just the lack of options compared to Tel Aviv – or anywhere else I’ve lived – but, more so, the lack of options that are far removed from 15- to 22-year-olds). In short, my social life has completely stagnated.

I’m also not particularly observant (religiously, I mean — not like “omig-d, how long has my tie been sitting in my soup?” OK, so I’m pretty unobservant in that regard as well). Despite my newfound exposure to a crowd more observant than me, it’s not the most natural fit. More of my friends and more of my good friends from before I moved here are in Tel Aviv.

And I know that we have to take responsibility for things in our lives, but right now it’s really hard for me to improve my Hebrew in Jerusalem. I’m hoping that will change there. So that’s that. Basically, Stella needs to get her groove back and tweak her social life a little bit, and yes, that is the last time in this blog post that I’ll compare myself to a middle-aged black woman.

Ha! I knew it was the religious thing. Like everyone else who’s fleeing Jerusalem, you’re probably sick all the religious coercion, right?

Thanks for asking, but, well, no. When I lived in Tel Aviv, I called myself hiloni (secular). Because if you’re not dati (religious), apparently that’s what you are, as decided by people who like to use labels. I’m happy to say I won’t be calling myself hiloni in the future. I enjoy Shabbat. Even though nobody enjoys sitting on their lazy Jerusalem butt in their apartment more than I do, there is something so special about ending your week with a relaxing meal with friends on a Friday night. I like celebrating holidays. More than that, I’m not turned off by religion as much as many Israeli hilonim might be (thank you, pluralist American Judaism and summer camp!)

It’s not about being a dramatically different Jew from when I arrived. It’s about how we look at each other. Some people in Tel Aviv refer to Yerushalmim as “those dosim” — as if everyone who has any pride in Judaism can just be painted with broad strokes (and to be fair and honest, I didn’t really get it before I lived here, either). As if a kippa-wearing Conservative Jew who keeps Shabbat can be lumped together with the Modern Orthodox, who might get grouped in with the haredim who spit on eight year-old girls, because why do the laborious mental work to get to know them and see the differences? I didn’t encounter it as much, but I’m sure there’s a good amount of those feelings about Tel-Avivim in Jerusalem as well; and when I heard people criticizing Tel Aviv as the city of sin and apathy, you’d better believe I defended all my friends there.

And, man, I wish I had a better word, but Jerusalem is just flat-out interesting as hell. Whenever I leave the Old City and pass the Cinematheque, I look at the King David Hotel and Yemin Moshe across the valley and think, “no matter how many times I see this, I can’t wrap my head around what I’m looking at.” It’s stunning. 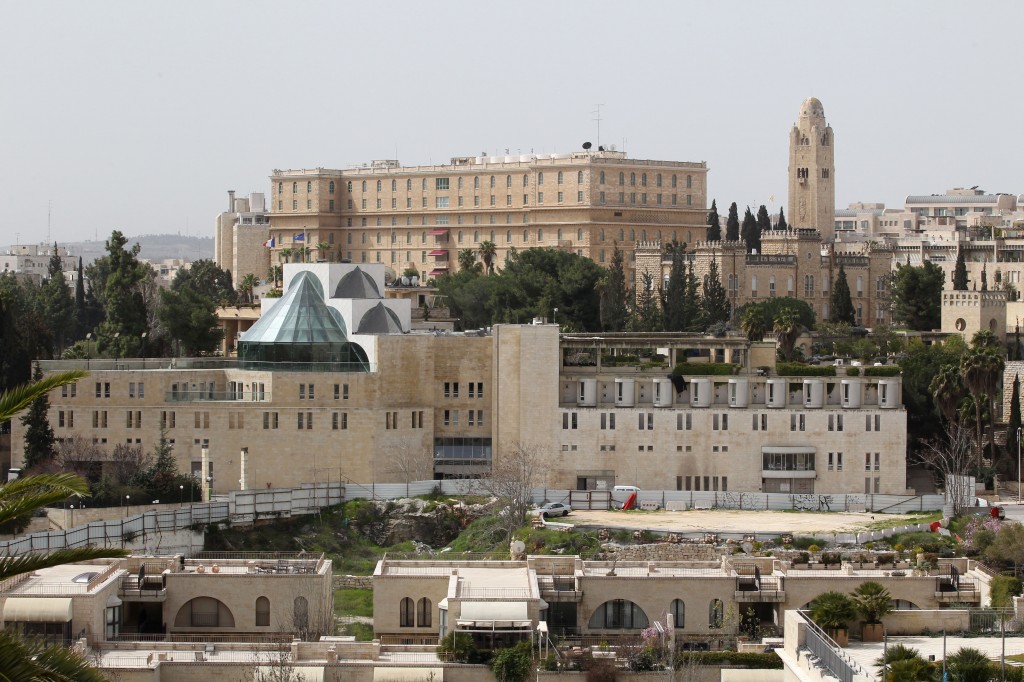 A lot of people say Jerusalem isn’t Israel. I get that — in the way that New York isn’t America. I also don’t think Tel Aviv is Israel. But I think the two cities together (plus all the people living everywhere else who are probably sick of this argument) equals Israel. There’s a lot of intolerance and infighting among the Jewish people these days. Does everything have to be a black/white, all/nothing competition? G-d forbid we open our minds and see the good where it exists. To everyone in their own bubble (whether on Sheinkin St. or in Katamon): Just know that if you choose not to come out, there are consequences. Not only to everyone else, but to you — because you’re really missing out. So, Tel-Avivim, come spend a Shabbat in Jerusalem; and Yerushalmim, go spend a Shabbat in Tel Aviv. You just might be surprised.

Come on, man; tell us once and for all: which city is better?

OK, Regis, here’s my final answer… are you ready for the big decision after five and a half years? Here we go: Who cares? And who the hell am I to provide this deep, ultimate truth? Everyone has their own opinion.  They’re two different cities and I’m just choosing to leave one for the other because that was the decision I came to at this stage of my life.

Jerusalem, I love you. Thank you for everything. For opening your homes and Shabbat tables to me. For eating hummus with me. Hummus Pinati. Hummus Ta’ami. Hmmus everywhere. For the awesome Mahane Yehuda shuk and running into 40,000 familiar faces on a Friday. For the super-cool new bars in the shuk that I would absolutely positively go to if I were staying. For picnics, and beautiful walks where a gorgeous view of the city and hills was always just around the corner. For my favorite coffee shop, Café Bezalel. For the Comedy Basement. Even for the Gilad Shalit tent. And, finally, for the wonderful people I met. I will never forget you. I will be back often, but it’s time to go.

Now what was it I wanted to say….