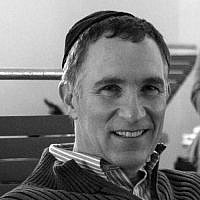 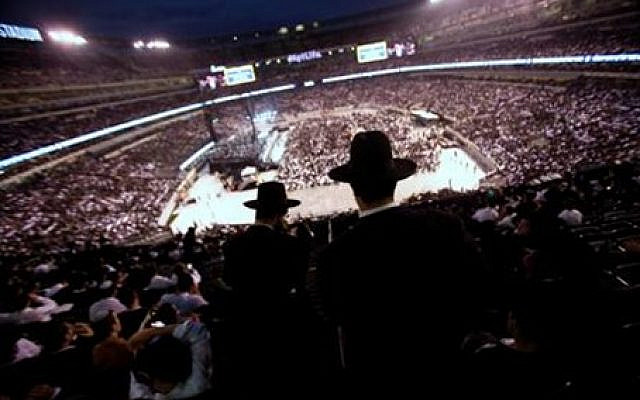 Brett Stephens’ recent Op-ed in the NY Times on The Secret of Jewish Genius generated much discussion and controversy.  However in my view the most important point of his article was a very brief single line comment.  Stephens is asking not why Jews are more intelligent (The Times removed his discussion of a study of the intelligence of Ashkenazy Jews), but why they have “such bracing originality and high-minded purpose” and are prone to question” and “think different.”

After brushing aside the significance of Jewish intelligence, Stephens in one line makes brief mention of the religious causes for the special characteristics of Jewish thought. He says “There is a religious tradition that, unlike some others, asks the believer not only to observe and obey but also to discuss and disagree.”  He was undoubtedly alluding to the impact Torah study, and particularly the study of Talmud on Jews’ intellectual makeup and way of thinking.  For those who are not familiar with the Talmud, it is difficult to convey the extent of the impact of not just the laws and the content of the Talmud, but the process and the dedication to studying it was well. 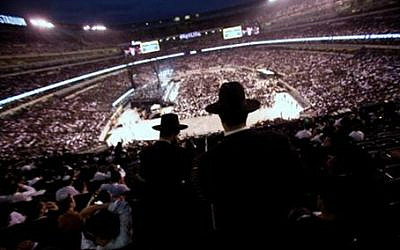 This week there will be numerous ‘siyum hashas’, (conclusion of the Talmud) events going on both in the US, in Israel and throughout the Jewish world. These events mark the completion of the study of the entire corpus of the Talmud.  This cycle is referred to as Daf Yomi, a page a day.  If you study a page a day, which can be done in 45-60 minutes if you are already very proficient in Talmud, a person can finish the cycle in approximately seven years.  While all of the 100,000 people who gathered in MetLife Stadium on January 1st will not have finished the Talmud, there are tens of thousands of Jews throughout the world who have.  This achievement and the gathering is a testimony to the centrality of Talmud study in orthodox Jewish life, and to the dedication to that study.  The mainstay of study in Yeshiva (Jewish school) for boys and men is Talmud, to the extent that 90% of the yeshiva student’s curriculum will center on Talmud.  Many orthodox Jews dedicated a year or two or more post high school to full time study of the Talmud, and as can be seen from the Siyum Hashas the study continues for a whole lifetime.  Torah study is not a hobby or an interest, it is a way of life, or as the daily Jewish prayer book says “they (the words of Torah) are our lives and the length of our days, and in them we are absorbed day and night.

Now we come to Brett Stevens’ point about the flexibility and originality of the way Jews think.  I do not intend to take on the question of Jewish IQ, Brett Stevens’ discussion of it and the subsequent reaction to it. It already got him in enough trouble.  Nor am I trying to prove how intense lifelong study of Talmud over 1600 years translated into these unique qualities.  However one cannot talk about Jewish intelligence or Jewish intellectual qualities without understanding the central role Torah study played in Jewish education.  There is clearly a correlation between the characteristics of the Jewish intellect Stephens focuses on and Talmud study.  The method of the Talmud is to explore topics through dialectic and debate.  The main body of the Talmud is a series of discussions/arguments, usually between two Rabbis, over points of law.  The discussions will look at a topic from all sides, pre-assumed assumptions are constantly questioned, and the Talmud turns the discussion on its head by bringing in quotes from other Talmudic sources.  To be honest the mental gymnastics can sometimes be head-spinning, and the logic very subtle and at the same time complex.

Immersion in this type of study can also develop powerful thinking and analytic skills.  Great Torah scholars have been known to have memorized and mastered the entire Talmudic corpus.  The intellectual acumen can then be transferred to other fields.  Maimonides’ text on logic was a go to text on the topic in his days and for hundreds of years after, and he became what appears to be the most expert physician of his time; he was hired by the Sultan of Cairo to be his personal physician.  In more contemporary times I have heard stories a Talmud student who did not have any advanced education besides Talmud study (he obtaining a BA in Talmud from an accredited Yeshiva), studied for the LSATs and was admitted to Harvard Law school.

The impact of Talmud study is beginning to be recognized by non-Jews as well.  In Korea Talmud is studied because they recognized that this was an important factor that lead to Jews’ accomplishments in other areas.  The Catholic historian, Paul Johnson called Rabbinic Judaism “an ancient and highly official social machine for the production of intellectuals.” However for Jews it was never primarily about the intellectual acumen.  Stephens goes on to quote Einstein that “there is a moral belief, incarnate in the Jewish people, that the life of the individual only has value [insofar] as it aids in making the life of every living thing nobler and more beautiful.  This value is not incarnate, it is derived from the Torah’s teachings on morality and good deeds.  Ultimately the purpose of Torah study is to cultivate dedication to a greater meaning in life coming from following the Divine path set down in the Talmud and the Torah, and through that enrich ourselves, those around us and the world.

About the Author
Rabbi Jonathan Feldman is Community Educator for Am Yisrael Foundation, an organization that runs programming for young olim and expats from all over the world in Tel Aviv. After attending Cornell University he received his Rabbinic ordination from Yeshiva University and his Ph.D. in Jewish Studies from New York University. He has lectured widely as a guest speaker on Jewish topics.
Related Topics
Related Posts
Comments