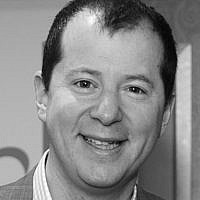 The Blogs
Adam Cannon
Apply for a Blog
Please note that the posts on The Blogs are contributed by third parties. The opinions, facts and any media content in them are presented solely by the authors, and neither The Times of Israel nor its partners assume any responsibility for them. Please contact us in case of abuse. In case of abuse,
Report this post.

The Jewish Labour Movement has played an important role in representing the Jewish community, particularly since the election of Jeremy Corbyn as leader of the Labour party.

Even as someone who has traditionally supported the Conservative party, and who is actively campaigning for Mike Freer in Finchley & Golders Green, I recognize that since then the JLM have held the party leadership to account as widespread instances of anti-Semitism occurred with alarming regularity.

Within the last 18 months there has been another Labour leadership election, where the vast majority of JLM members (92%) voted against Jeremy Corbyn.

The organisation has, with some success, been at the forefront of fighting the tide of anti-Jewish feeling that has washed over Labour since Jeremy Corbyn took over as leader.

That the Chair and Vice Chair of the JLM are now standing as Labour parliamentary candidates, asking people to vote for a party led by someone they themselves have worked so hard against, is at best incongruous.

The JLM has been very successful in rightly garnering public attention for its statements and in attracting media coverage for its leadership during the various crises in the Labour party.

Since 2015, they have put considerable pressure on those who seek to undermine our community. They have been able advocates working for the community as a whole. Their allegiances always seemed to be with the community first and the Labour Party second.

That is not to say that they have not always got things right, in June 2016, the JLM welcomed the Chakrabarti report, “This is a sensible and firm platform which gives the Party an opportunity to get off the back foot and on to the front foot in setting a new standard for tacking racism and anti-Semitism”.

The report was widely panned by many across the Jewish community and indeed elsewhere in the Labour party. Bury MP Ivan Lewis stated ‘it was not worth the paper it was written on’. To add insult to injury, the author of the reporter, Ms Chakrabarti was subsequently rewarded with a peerage.

The party fell further in the minds of the Jewish community when one month later, in July 2016, Baroness Royall’s report into anti-Semitism at Oxford University, after much delay, was published with a whimper and largely ignored by the Labour party. By her own admission it would be a “great disappointment” to many in the Jewish community. It was.

And in April of this year, Ken Livingstone, despite his vicious and sustained goading of the Jewish community on every media outlet that will have him, and despite calls from the JLM for his expulsion, remains a member of the Labour party.

From Spring 2018 – ongoing inquiries withstanding – Mr Livingstone can run for elected office under the Labour banner and officially represent the party again should he get enough support to do so.

The current membership of the Labour party suggests he may well do so. That JLM did not have more influence is regrettable, but should not take away from the positive steps they made.

However, by standing against local MPs who serve our community and continue to be staunch allies of Jews and of Israel, they have shown that the noise they made was, perhaps more for the sake of the Labour Party rather than the community. Mike Freer and Matthew Offord who are being opposed by JLM’s Chair and Vice Chair respectively have achieved a huge amount for our community, from securing millions in funding for the security of Jewish schools and community centres to outlawing divisive BDS motions being passed by public sector bodies.

They have represented our interests and concerns to Government with great effect. Both MPs have represented the Jewish population across the country and more than earned their reputations as excellent advocates for our community.

Their support has been unwavering.

That the leadership of the JLM have political ambitions beyond their pressure group is not unreasonable nor surprising, but to stand for Jeremy Corbyn’s Labour party in 2017 against our community’s allies is a tactical error. They should be increasing the Jewish community’s friends in parliament not, at best, maintaining it. I would have had no complaint if they had chosen to stand against one of our opponents in parliament.

But they didn’t, they are representing the Party’s leadership to us.

Incongruousness, naive, opportunism or perhaps a combination of all three? All of these are reasons not to vote for the JLM candidates hoping to form part of Jeremy Corbyn’s parliamentary team on June 9th.

About the Author
Adam is Senior Legal Counsel at the Sun Newspaper. He is a Director and Executive Board member of BICOM and a Trustee of the London Jewish Forum. He was also a participant in the inaugural JLC GameChangers programme.
Related Topics
Related Posts
Comments