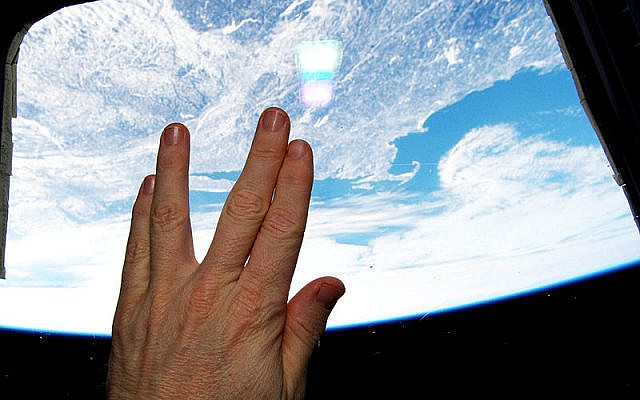 The word kohen is commonly translated as “priest.” In a halachic context it refers specifically to Aharon the High Priest’s male descendants, who are the only ones allowed to perform certain rites in the Tabernacle and Temple in the service of G-d.

The Bible also uses the word kohen in the context of idolatrous cultic activity. The Torah (Gen. 41:50) describes Joseph’s father-in-law Poti-phera as the kohen of On (Heliopolis), and Moses’ father-in-law Jethro as the kohen of Midian (Ex. 2:16; 3:1). Additionally, the Torah refers to the Egyptian priests who were exempted from the taxes that Joseph levied on the rest of Egypt as kohanim (Gen. 47:22). Similarly, the priest appointed to serve Micah’s idol was also called a kohen (Judges 18:4). In all of these cases it seems that the Bible uses the word kohen to refer to a religious functionary of an idolatrous cult.

However, close examination of the Targum and Rashi reveals a more nuanced meaning of the word kohen. When discussing Poti-phera and Jethro, Targum Onkelos translates the word kohen as rabbah (“master”), which implies a position of political leadership more than a position of ritual. But when it comes to the above-mentioned Egyptian priests and Micah’s idol’s priest, Targum Onkelos translates kohen as komer (“idolatrous priest”). Rashi also states that the Egyptian kohanim were komrim. He then explains that kohen refers to any religious functionary, except when it is attached to the name of a place (e.g.kohen Midian), in which case it refers to a leadership position in that place. In other words, sometimes kohen refers to some sort of priest (whether of the legitimate worship of G-d or otherwise), and sometimes it refers to a political leader.

Rabbi Shlomo Pappenheim (1740-1814) traces kohen’s etymology to the biliteral root KAF-NUN, which he explains means “base” or “basis.” Other words derived from this root include ken (“so,” “yes”) and nachon (“correct”), which legitimize something by acknowledging its basis, as well as tochnit (“plan”) and hachanah (“preparation”), which are the bases for any serious enterprise. As a corollary to these meanings, Rabbi Pappenheim argues that a kohen is a person charged with making sure that all “preparations” for ritual worship at a temple (of any type) are in order. Rabbi Samson Raphael Hirsch (1808-1888) similarly connects kohen with hachanah, explaining that the kohen sets an example of how to worship G-d, and thus “prepares” others to be initiated into His service.

Rabbi Pappenheim explains that kohen also has secondary meanings. It can refers to somebody who wears any type of special clothes (e.g., a bridegroom, see Isa. 61:10), just like a priest has his own distinctive vestments; or to anybody who is priest-like because he functions in an official capacity (e.g., a prince, see II Sam. 8:18).

Rabbi Aharon Marcus (1843-1916) notes that the Arabic word kahin (“soothsayer,” “diviner”) is probably a cognate of the Hebrew kohen, leading him to suggest that the rootof the word Kohen is koh (“thus/so”) — a word commonly employed by the prophets of the Bible when relaying the word of G-d (“So says G-d…”). In fact, kohanim were not only involved in the Temple’s rituals but were also instrumental in teaching Torah, so it makes sense that they would be associated with prophecy, which also relays G-d’s word (see Mal. 2:7).

Indeed, the word komer also appears in the Bible and suggests this very meaning: the Bible reports that when King Josiah cleaned up his predecessor’s idolatry, he “fired” all the komrim from their idolatrous positions, helped them repent and decreed that all the kohanim (i.e. descendants of Aharon) who had been previously been komrim for idolatry were banned from serving in the Temple in Jerusalem (II Kgs. 23:5-9, with Radak).

Likewise, the prophet Zephaniah foretold that G-d will eliminate any remnant of Baal worship from Jerusalem, along with the komrim and the kohanim (Zeph. 1:4). In explaining that prophecy, Targum and Rashi seem to understand that komrim refers to anyone who worships idolatry, and kohanim refers to the idolatrous priests. This differs from what we have learned above because it assumes that the word komer does not mean “idolatrous priest” but rather refers to anyone who participates in idol worship.

On the other hand, Rabbi Yosef Ibn Kaspi (1279-1345) explains that in Zephaniah’s prophecy, komrim are the idolatrous Baal-priests, while kohanim refers to G-d’s priests (some of whom had been acting corruptly).

In no less than three places, Radak (to Zeph. 1:4, II Kgs. 23:5, and in Sefer HaShorashim) explains that both komrim and kohanim in Zephaniah’s vision refer to idolatrous priests. He adds that komer means “blackened” (see Ecc. 5:1), so a komer is a priest who wears “black” vestments, whereas a kohen does not. (In fact, the legitimate kohanim in the Holy Temple wore white vestments.) Ibn Kaspi and Radak support our previous understanding that kohen could refer to a priest of any sort, while a komer was an idolatrous priest.

Dr. Chaim Tawil notes that kumru means “priest” in Akkadian and in other Western Semitic languages, so Zephaniah’s use of the word komrim was likely an oblique reference to cultic functionaries from places where those languages were spoken. According to this, it could be that both komrim and kohanim refer to (idolatrous) priests, and that the words are perfect synonyms although coming from different languages.

In Sefer HaTishbi, Rabbi Eliyahu HaBachur (1469-1549) offers another explanation of the word komer. He argues that komer literally means “closed, clustered, cloistered” (see Targum to Ps. 77:10). He sees evidence of this in the Talmudic term komer shel anavim (Bechorot 31a), which is “a mass of grapes” all clustered together. Thus, he explains that komer refers specifically to idolatrous priests who were secluded and clustered in a monasteries (i.e. monks), while kohen is a more general term for “priest.”

Rabbi Hirsch ties the word komer to the emotional manipulation commonly employed by idolatrous priests. When Joseph’s brothers brought Benjamin in front of him, the Torah reports that Joseph quickly left the room to cry elsewhere because “his mercy was aroused (nichmaru),” and he did not want his brothers to suspect that something was amiss (Gen. 43:30). Rabbi Hirsch explains that nichmaru (“arousing” mercy), komer, and michmar (“net” in Isa. 19:8, 51:20), are all related because the idolatrous priest trapped his followers in the net of his cult’s influence by arousing their imagination and emotions. In contrast, the Torah appeals to man’s intellect, not his feelings or imaginations. In Rabbi Hirsch’s view, the idolatrous priest — the komer — feeds on his congregant’s emotions, while the Jewish priest — the kohen — actually provides people with intellectual food in the form of Torah study.