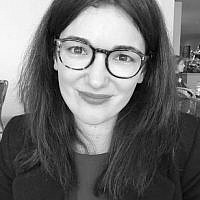 The Blogs
Amy Woolfson
Apply for a Blog
Please note that the posts on The Blogs are contributed by third parties. The opinions, facts and any media content in them are presented solely by the authors, and neither The Times of Israel nor its partners assume any responsibility for them. Please contact us in case of abuse. In case of abuse,
Report this post. 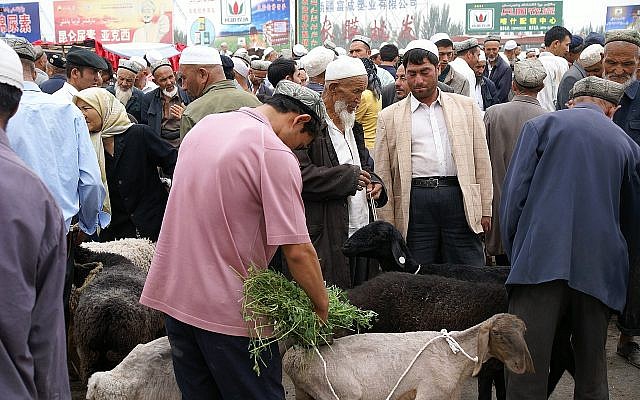 The Jewish people don’t need to be warned about genocide. We know it doesn’t happen overnight. We know it starts with a culture being demonised, and with hate and repression becoming normal. Then people start disappearing. That’s what is happening today in China. It is estimated that over a million Uyghurs and other ethnic minorities are being detained indefinitely in ‘re-education’ camps in China’s western Xinjiang Region.

Who are the Uyghurs? They are a Turkic minority, ethnically and culturally very different from China’s Han majority. The majority of Uyghurs – around 11 million – live in Xinjiang, but there are significant communities in central Asia, Turkey, Germany, and the United States. There is a small Uyghur community here in the UK too. Many Uyghurs practise Islam, and do not speak Mandarin as a first language. Since 1949 the Uyghur homeland has been a part of the People’s Republic of China. Decades of Han migration and discriminatory policies towards Uyghur people have led to tensions and sporadic violence.

Repression of Uyghurs has escalated massively since 2016. The Chinese Government say that they are responding to extremism in the Uyghur community. It is true that some Uyghurs have gone to fight in Syria. But the Chinese Government’s response to this has been to punish millions of people, many of whom have been labelled ‘extreme’ for such things as refusing to eat pork, or speaking to a relative overseas.

Life for Uyghurs outside the camps is bleak too. As well as the constant fear of being taken away, the Chinese Government have banned many expressions of Uyghur culture. The Uyghur language is being removed from schools and public spaces. Mosques are empty. Neighbourhoods are being bulldozed.

What can we do? As Jews I believe we have a special responsibility to bear witness to what is happening, and to speak up whenever we can.

The Universal Declaration on Human Rights was co-drafted by Monsieur René Cassin, a French-Jewish lawyer who had lost many family members in the Holocaust. His aim was to establish rights for all of humanity. On being informed that he would be awarded the Nobel Peace Prize in 1968, René Cassin replied: “I am very happy”. But, he added, “I would be happier if there were a little more justice in the world”.

René Cassin, the Jewish human rights charity named in his honour, is hosting an event on 9th May to highlight the Uyghur crisis and to ask what solidarity and leadership the Jewish community can offer,  in the hope of bringing ‘a little more justice’ to the world in René Cassin’s name.