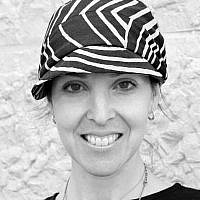 The Blogs
Shana Schick
Apply for a Blog
Advertisement
Please note that the posts on The Blogs are contributed by third parties. The opinions, facts and any media content in them are presented solely by the authors, and neither The Times of Israel nor its partners assume any responsibility for them. Please contact us in case of abuse. In case of abuse,
Report this post. 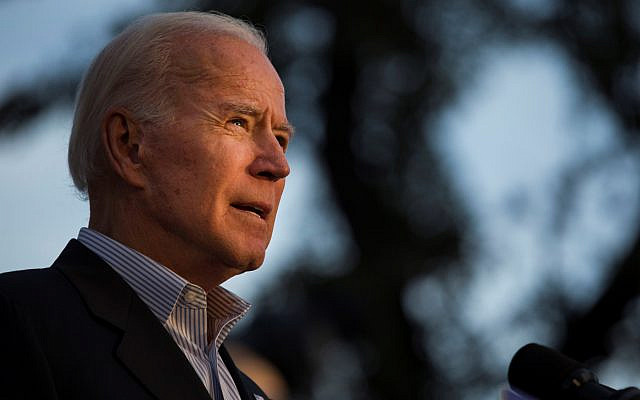 Despite living in the midst of a global quarantine, one small piece of news has been a source of optimism for me: the surprising comeback of Joe Biden as the likely Democratic presidential nominee. Apart from the potential political ramifications, this turn of events has special meaning for me because Joe Biden and I share something that roughly one percent of other people share as well: we both have a stutter.

Like most people, I have many identities. I am an Orthodox Jewish woman, a teacher of Gemara and Halakhah, an academic, a mother. Yet being a stutterer is somehow different. Sometimes, it feels like it defines me, and, at other times, I completely forget about it; it can be a secret that is hidden deep within me or on display for all to hear. Sometimes, my stutter cuts me down; other times, it creates bonds that can transcend gender, race, and religion. When I hear a person who has a stutter — and I can always hear it, even when it is well managed — I feel an instant camaraderie, that this person knows what it is like, and understands the experience of not being able to express what you want to say, and thus who you truly are.

I am not an intense stutterer; even at my least fluent, it’s on the less severe side. The thing with stuttering, though, is that it is unpredictable. I never stutter with my husband or my children, but a moment later, the words can be hard to get out. The only thing predictable about a stutter is its lack of predictability — or that it will occur when you least want it to.

Some who know me might suggest that having a stutter has not held me back in the overall trajectory of my life: I am a teacher and an academic, which means that I both teach and present at conferences and public lectures. However, there was a time when my fluency — or lack thereof — would plague me after I delivered a given lecture or class. I came to question whether I had chosen the wrong career path. Why would anyone want to hear what I had to say if I had trouble saying it?

In the course of this soul searching, I started seeing a speech therapist again — I had been in various therapies on and off since I was 5 years old. Uri Schneider took a much more holistic approach to dealing with fluency issues. During one session, he mentioned that Joe Biden also has a stutter. I told him that our situations were not comparable, since Biden got over it in his teens by reciting poetry. (Most young adults who stutter will not “stop stuttering,” even though they can certainly become successful adults and far above average communicators.) My speech therapist explained that, to the contrary, the former vice president just manages it. Few people past adolescence ever get over a stutter. In fact, the texts of Biden’s speeches are filled with marks indicating where he has to pause in order to manage his fluency.

I don’t know why, but this revelation that Joe Biden still struggles with stuttering and yet has led a very public life as a prominent politician deeply resonated with me. It helped me come to the realization that my stutter does not detract from what I have to say, or prevent me from achieving my goals. Whether teaching a class on Talmud, explaining a point in halakha, or delivering a lecture at a conference, the sharing of knowledge is not diminished by stuttering.

Recently, Biden’s stutter has become much better known. Thanks to John Hendrickson’s excellent article in The Atlantic several months ago, what had been characterized as possible signs of mental deterioration, are now understood to be signs of a stutter. The so-called verbal gaffes and seeming lapses in memory result from attempts to avoid stuttering by “talking around” it and other strategies that many use in attempts to maintain fluency.

I now speak regularly about my stutter, rather than treating it as a source of shame. Apart from the benefits for me, it is particularly gratifying that many of my students feel that they can share with me about their own struggles dealing with various disabilities, both visible and hidden. Too often, they have received the message that the goal is to “overcome” them, which is often internalized as the goal of finding an effective cure and making them go away. But when a cure is simply not possible, this ends up being self-defeating. I try to convey that aspiring to live with such challenges is no less legitimate. Most importantly, our struggles need not define who we are or what we hope to accomplish. Sometimes, they can even spur us to become better versions of ourselves.

The Torah offers only two descriptions of Moses: that he had some type of trouble with speaking, and that he was the most modest person to have ever lived. Perhaps these two are connected, which might also explain why God did not simply cure the biblical leader, but instead told him to work together with his brother to lead the Israelites out of Egypt.

The uncertain times we are currently facing are dispiriting, but the possibility of electing a person who stutters to be the most powerful person in the free world gives me a little hope for the future.

About the Author
Dr. Shana Strauch Schick is a Charney fellow of the Center for Israel Studies at Yeshiva University. She teaches Talmud and Halakhah in Israel at Michlelet Mevaseret Yerushalayim (MMY) and Matan, and at the Drisha Institute in New York. Her upcoming book, 'Between Thought and Deed: Intention in Talmudic Jurisprudence,' examines the role of intentionality in the development of talmudic law. She lives in Jerusalem with her family.
Related Topics
Related Posts
Shana Schick
Comments