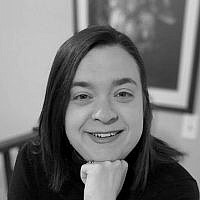 The Blogs
Kara Torres-Kilgannon
Apply for a Blog
Advertisement
Please note that the posts on The Blogs are contributed by third parties. The opinions, facts and any media content in them are presented solely by the authors, and neither The Times of Israel nor its partners assume any responsibility for them. Please contact us in case of abuse. In case of abuse,
Report this post. 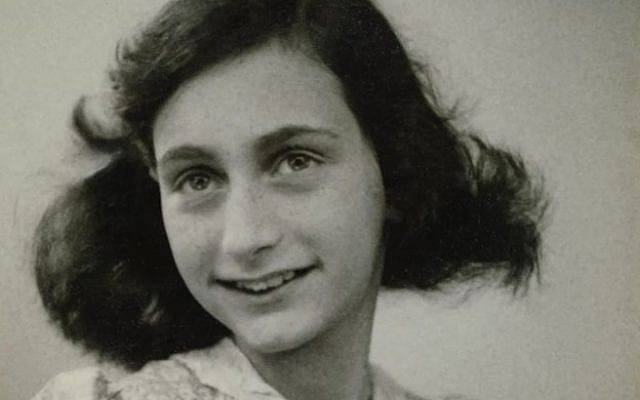 On Friday, 22nd of July 2022, an employee at Atlantic Sports Bar & Restaurant in Tiverton, Rhode Island, USA, posted a meme to the company Facebook page comparing the recent heat wave to the ovens in Nazi concentration camps. The meme featured a picture of Anne Frank with the caption, “It’s hotter than an oven out there… And I should know!” along with the hashtag “#ohboy.”

The backlash to this meme was immediate and deserved. I am still in shock. The Holocaust is not a joke. Holocaust victims are not a joke. Ovens in a concentration camp are not a joke. Why do people think it is okay to make jokes about the suffering of millions of people is difficult for me to comprehend.

The Holocaust was the deliberate, methodical killing of six million Jews by Nazi Germany. Its aim was the complete eradication of Jews from Europe, and it nearly succeeded. Before the Allied armies liberated the death camps, two out of three European Jews had been murdered in what Winston Churchill called “probably the greatest and most horrible crime ever committed in the whole history of the world.”

Allegedly the meme was posted by an employee, who was unaware that the young girl in the photo was Anne Frank. For anyone else who does not know Anne Frank, she was a Dutch German Jewish girl who, with her family found refuge in the Netherlands before World War II. Her diary was written between June 1942 and August 1944, while she was in hiding in Amsterdam. After being deported with her family to Auschwitz, she was transferred to Bergen Belsen, where she died of typhus in March or April of 1945 when she was just fifteen years old. Anne Frank has become a symbol of the children who died during the Holocaust. The Diary of Anne Frank has been translated into 67 languages and to date has sold more than 30 million copies. It makes you wonder whether or not that employee really did not know what picture was being used.

Nevertheless, an apology by the restaurant was not issued until Monday, 25th of July. The apology said there was “no excuse for the sharing of this post” and “nothing we can do to rectify it.” Restaurant officials also claimed the establishment “prides itself on being a tolerant, inclusive and safe space for all people” and that the incident serves as a “teachable moment for our team.”

I agree that this unfortunate error of judgment should be used as a teaching moment not only for restaurant staff, but for everyone. The warning of George Santayana, a noted American philosopher, is still valid: “Those who cannot remember the past are condemned to repeat it.” Immediately after reading about the incident, I discussed what happened with two of my children. My sons aged 11 and 12 already knew who Anne Frank was and they were sad and disgusted that anyone could make a joke out of the Holocaust. Even at that young age they knew the meme was inappropriate and if they did not know who Anne Frank was then they should never have posted anything online. Coincidentally, this past weekend a Holocaust survivor visited our home and my children gained firsthand knowledge of what Holocaust survivors went through to survive. The murder of millions of innocent people is never a laughing matter.

The Anti-Defamation League released a report earlier this year, which compiled reports of assaults, harassment and vandalism against Jewish people in 2021. There was a 42 percent increase in New England especially in Massachusetts, which has seen a 48% increase in antisemitic incidents over the last year. For example, in 2021, a high school football coach in Duxbury was fired after his team used Holocaust-related and Jewish terms during practices and games. In recent months, antisemitic flyers have been found scattered in Massachusetts communities such as Peabody and Chatham. 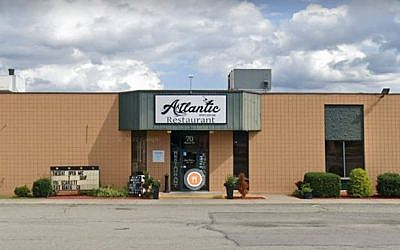 At the end of 2021, Massachusetts Gov. Charlie Baker signed legislation to mandate lessons on the Holocaust and other mass atrocities in Massachusetts middle and high schools. Lt. Col. Allen West once said: “History is not there for you to like or dislike. It is there for you to learn from it. And if it offends you, even better. Because then you are less likely to repeat it.”

“It’s just a joke” is not a valid defense when it comes to discussion of the Holocaust. Telling jokes about the Holocaust decreases the seriousness of the historical event, which may then spread the mindset that it should not be taken seriously. Holocaust “jokes” are dangerous. History matters. Human beings matter. Education matters.  We can do better and we must do better when it comes to Holocaust education, which will not be easy and it will take not be a quick process. Former Nuremberg investigator and prosecutor Benjamin Ferencz, summed it up best when he said, “…All you can do is keep trying. Do the best you can. And I have three pieces of advice. 1. Never give up. 2. Never give up. 3. Never give up.”

About the Author
Kara lives in Massachusetts with her family, but she previously lived, studied, and worked for over 12 years in England. She has obtained a BA (Hons) History degree from Sheffield Hallam University and a Master's degree in Law from University of Sheffield. She is currently a Master’s degree student at The Emil A. and Jenny Fish Center for Holocaust and Genocide Studies at Yeshiva University.
Related Topics
Related Posts