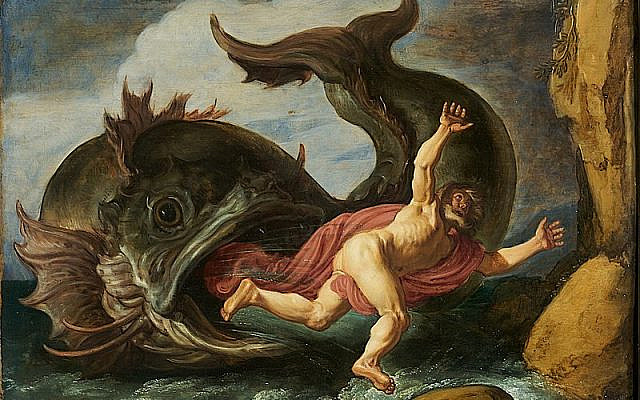 Jonah and the Whale (1621) by Pieter Lastman

“Arise and go to Nineveh, that great city, and declare against it, for its wickedness is come up before me. Jonah 1:2.

Reviewing the story of Jonah – Yonah in Hebrew – which, like other biblical-style texts, leaves such valuable and timeless teachings, one can even arrive at a thorough contemporary analysis. This is precisely the case, the analysis of the Zohar – book of splendour – written by Shimon bar Yochai in the 2nd century, as well as the interpretation made by the great Gaon of Vilna, a Lithuanian sage of the 18th century, of great philosophical, mystical, religious and spiritual value, where we can all be Jonah.

For the aforementioned Talmudic and Kabbalah scholar, Jonah is all those beings who in a great number of cases are afraid to face their true mission in life. It is the soul, which runs away from its duty. So it was that God commanded the prophet Yonah to go to Nineveh, the Assyrian capital, where all sorts of things non sanctum were going on day by day.

The God of Israel, conceiving that His chosen prophet, instead of going to give the message to the wicked, for their immorality had reached Him, had set sail ipso facto to Jaffa and Tarshish, places which mean respectively in the etymological sense: beauty and, jewels or wealth. It is evident that it is these attributes that the soul pursues, while the specific mission for which it was sent to earth is constantly rejected and forgotten.

In the face of Jonah’s stubbornness and negligence, God sends a storm to the ship he was on, until the vessel has no choice but to throw the prophet overboard. Yonah tried to lose the Divine Presence, but a great fish found him and ate him. Yonah, son of Amitay (from the root Emet meaning truth), i.e. son of God, is the soul that is on a constant journey through this world, in order to repair that specific thing that each one in every historical moment has to perfect.

For three days and three nights Jonah was inside the great fish, later described as a whale, moreover, it was a sea animal, designated by God, for this purpose. Thus, the wise experts in the mystical and spiritual subject analyse that the soul has a period of reflection and retrospection, which would begin with three days, which would serve for this soul to understand that it did not do what it should have done.

Only reincarnation remains as a possible vehicle for the soul to rectify itself, at least that part that failed, that imperfect section of the soul that still remains, because its stubbornness and its intransigence, pride and negligence led it down paths different from those of its own purpose; that is, it itself moved away from its mission in this world; therefore, it will have no choice but to return in another life so that now it can fulfil its objective. Of course, taking into account that with each “new journey”, the difficulty of knowing and understanding what she will have to do becomes more difficult.