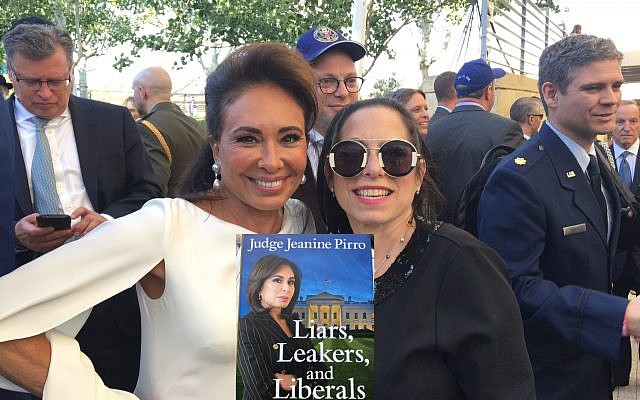 My Conversation With Jeanine Pirro

The first thing anyone notices about Judge Jeanine is her smile. That smile then extends to her energy. If you ask anyone she knows how to describe Pirro, you often hear words including smart, tough, yet soft.

We first met last May, at the Embassy opening in Jerusalem. Everyone wanted to meet her, and she was gracious to shake hands and smile for selfies with every fan.

We then spoke again last week, shortly after the release of her latest bestseller, Liars, Leakers, and Liberals: The Case Against the Anti-Trump Conspiracy. The book shot to number one immediately. It is just like her show every Saturday night on Fox, number one in its time slot consistently.

We spent a lot of time talking about Israel. Pirro personally loved Israel, years before President Trump took office and has accomplished so many Pro Israel policies.

Donald Trump is the best American president the United States has ever had in regard to its relationship to Israel. He truly understands the historical importance of the land to Judeo-Christian values. It manifests in his adhering to our Constitution and in policy decisions.

Pirro believes Trump personally feels an obligation to fix the last administration’s attempts to hurt Israel as a nation, and its leader, Prime Minister, Benjamin Netanyahu.

Nothing better exemplifies this than the moving of the United States Embassy to Jerusalem.

Pirro believes we have the best representation in Israel with David Friedman as Ambassador. She feels Friedman, together with Jared Kushner are the team best suited to address the issues of peace in the Middle East.

She delves into details in several chapters in the book about Israel, and the future of Middle East peace.

Judge Jeanine Pirro is the host of Fox News’ Justice with Judge Jeanine. The focus of Liars, Leakers, and Liberals: The Case Against the Anti-Trump Conspiracy extends her opening statements with more details and her unique ability to “connect the dots.”

Here is the story the Fake News media doesn’t want you to hear in the #1 New York Times bestseller: a withering indictment of the Deep State plot against Trump and a firsthand account of the real presidency, based on interviews with the Trump family and top administration officials.

At this point in American history, we are the victims of a liberal sabotage of the presidency unlike anything we’ve ever witnessed. Nevertheless President Trump continues to fight every day to keep his promise to Make America Great Again. Today that bold idea has already led to a conservative judge on the Supreme Court, tax reform, and deregulation that has unleashed an economy stronger than anyone could have imagined.

But there are dark forces that seek to obstruct and undermine the president and reverse the results of the 2016 presidential election. They are part of a wide-ranging conspiracy that would seem incredible if it weren’t being perpetrated openly. Driven by ambition, blinded by greed, and bound by a common goal — to unseat the 45th president of the United States — this cabal is determined to maintain its wrongful hold on national political power.

Jeanine Pirro uncovers the elements of this conspiracy, including:

It’s about time the American public knows the truth about the plot to bring down the Trump presidency.

By the time you’ve finished this book, you’ll agree with Judge Pirro that the only way to stop these hoodlums is to Take Them Out in Cuffs!

As host of her own show on Fox for many years, Judge Jeanine Pirro has seen firsthand how narratives take form, whether they are based in truth or not. In her explosive new book, she will write about some of the most egregious lies she’s seen, and take on the Liars, Leakers, and Liberals. 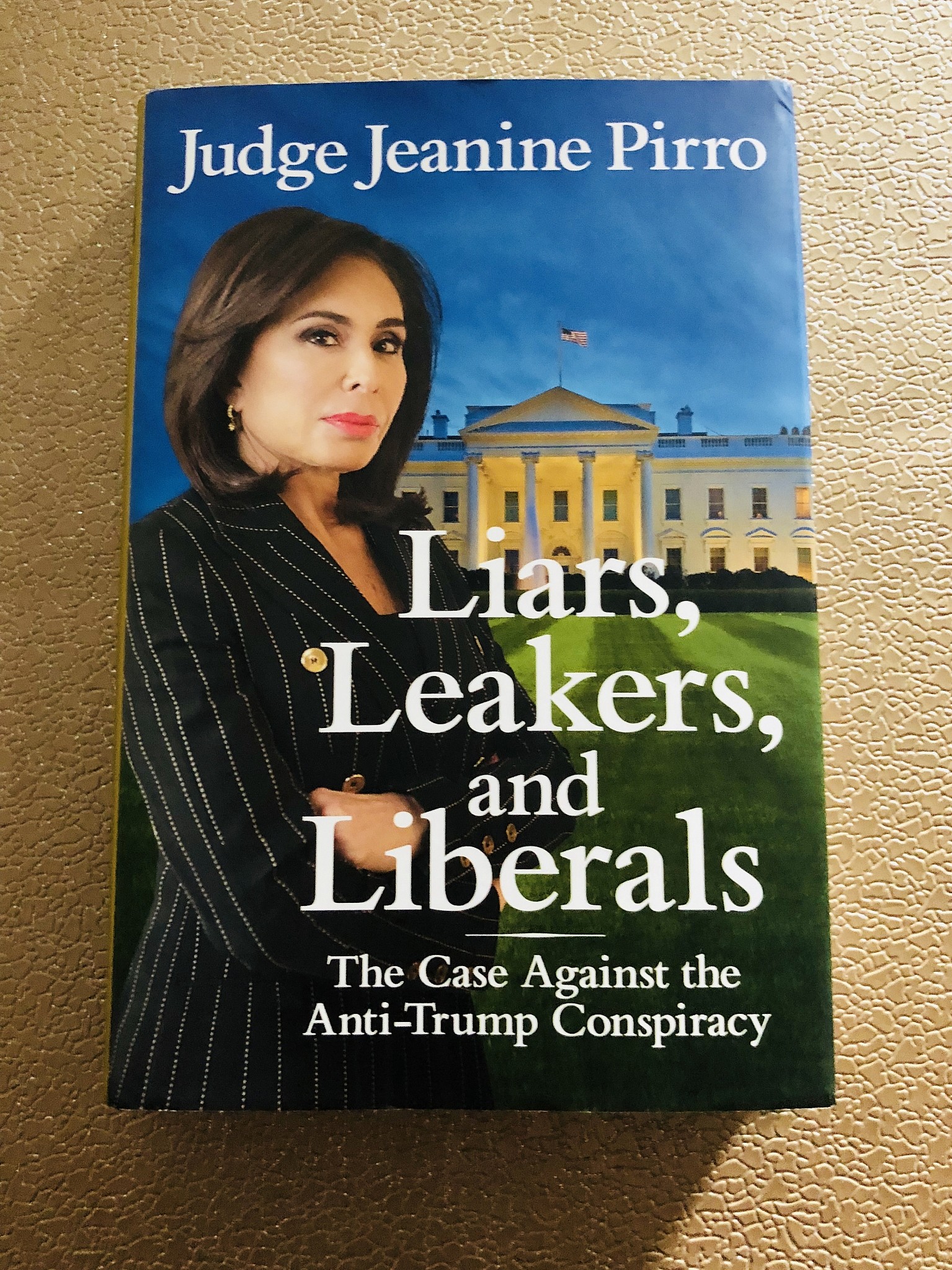 Previously, she hosted Judge Jeanine Pirro, a syndicated court show for which she won an Emmy. In 1990, she became the first elected female to sit on the Westchester County court bench. In 1993, Judge Pirro was the first female elected district attorney of Westchester County, once again setting a precedent. As DA, she received national recognition for founding one of the nation’s first domestic violence units and has tirelessly crusaded on behalf of the silent victims of violent crime. She also created one of the first operations to catch Internet pedophiles. Judge Pirro has two children and one dog, and she lives in Westchester, New York.

Cindy Grosz can be reached at cindyscorners@gmail.