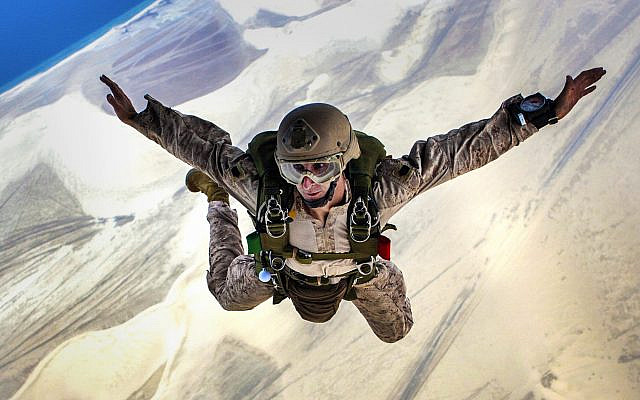 Will it open? (Image Free for Use from Pixabay)

For readers who have not heard of the United Kingdom, it is a small and unimportant island somewhere in the North Sea. It has a long history of sticking its nose in places with which it has no connection.

Once, the home of highwaymen and pirates who went around the world stealing other people’s lands and possessions, it has long been reduced to a status in keeping with its size and insignificance.

From time to time, however, it is unable to resist an attempt to return to its former glory.
This time, British paratroopers have been dropped into the Jordanian desert as a warning to Russia. Some 150 soldiers boarded two C-130 Hercules aircraft at the RAF Akrotiri base, still held as sovereign British territory in Cyprus.

Sadly, the C-130 is an American aircraft, built by Lockheed Martin. The UK, that produced more than 6,000 civil aircraft, today only manufactures the tiny Britten-Norman Islander, and even that is mostly made in Romania.

It is not clear if Russia took the warning seriously. The Russian Armed Forces are one of the largest military forces in the world. In 2021, there were some million personnel on active duty. The UK’s military currently has 89,000 personnel, and a further 30,000 reservists. Not much competition here. (For comparison, the Israeli Defence Forces, IDF, has nearly 170,000 active military personnel with a further three million men and women in reserve.)

The commander of the British paratroopers, Brigadier James Martin, said that Britain has strong, historic ties in the Middle East that are vital for the UK’s prosperity and security. He did not elaborate, leaving us unclear as to the connection between the Middle East and Britain. Perhaps he did not know that Britain had been kicked out of several Middle Eastern countries after outstaying its welcome.

The paratroopers, although they had made many drops, told The Telegraph that they were nervous while waiting to jump. It was not clear if they were worrying about engaging the enemy or if the parachute packer had had an off day.