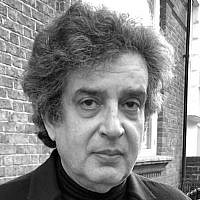 The Blogs
Eduard Shyfrin
Apply for a Blog
Please note that the posts on The Blogs are contributed by third parties. The opinions, facts and any media content in them are presented solely by the authors, and neither The Times of Israel nor its partners assume any responsibility for them. Please contact us in case of abuse. In case of abuse,
Report this post.

Kabbalah of Information, What Everything is Made of
Arizal,
Maimonides and Entropy

To continue exploring the problem of what everything is made of, let us consider the description of the process of creation described in Kabbalah.

A line from Zohar (1) reads as follows: “At the head of the King’s authority he carved out of the supernal luminescence a lamp of darkness. And there emerged out of the hidden of hidden – the mystery of the Infinite – an unformed line, embedded in a ring…measured with a thread…”

Arizal on the tzimtzum process

Know that before the emanations were emanated and the creatures were created, there was one simple supernal light that filled the all existence. And there was no empty place, no empty space or void, all reality was filled with that simple infinite light. There was no category of beginning, no category of end. All was one, unified, simple, undifferentiated, ubiquitous, and homogenous infinite light called Or Ein Sof.

When it arose in His simple will to create worlds and emanate emanations, to bring to light the perfection of His actions, His Names and His attributes, for the purpose for creating all the universes… He constricted His infinite essence away from the center point of His being, that is, from the very center of His light. He thus constricted that light, distancing it to the extremities around this center point, leaving a vacated space and hollow void.

Behold, after this constriction, which resulted in the creation of a vacated space and hollow void in the very midst of the Infinite Light, there was a “place” for all that was to be emanated, created, formed and completed. He then drew forth a single, straight ray from His infinite encompassing light into the vacated space.

Subsequently, Arizal’s description of the tzimtzum (“constriction”) was complemented by Moses Zacuto (3), who introduced the concept of the reshimu (“mark” or “trace”), meaning that the divine light had not been completely removed from the empty space, but had left a trace — reshimu — in that empty space.

Both interpretations had their supporters and detractors. The idea of interpreting tzimtzum as a concealment was first proposed by Rabbi Abraham Cohen de Herrera (4) and then further developed by the founder of the Chabad movement, Rabbi Shneur Zalman of Liadi (the Alter Rebbe)(5). The thrust of this approach is a kabbalistic dualism, which presumes that the Almighty is transcendental and immanent to His creation at the same time.

The main opponent of this approach was Rabbi Immanuel Ricchi (6). He claimed that divinity had been eliminated from the empty space. This, despite the Zoharic principle that “There is no place empty of God,” which obliged Rabbi Immanuel to propose an interpretation of this passage which explained its meaning that there was no place devoid of the Divine providence. Ricchi wrote: “I propose this idea not as a result of a philosophical study of the nature of the Almighty, but because it is more pleasing to my soul.”

I find it necessary to mention my own opinion on this matter, which involves interpreting the process of tzimtzum figuratively, as a form of concealment.

Analysis of the tzimtzum and possible conclusions

From the description of the process of tzimtzum we can make a number of observations:

The above points raise a logical question: What did kabbalists mean by “light”? Let’s refer to original sources.

Rabbi Moshe Chaim Luzzatto (RaMCHaL) (7) wrote: “In truth, no word, name or term is adequate to apply to Godliness. But since it is impossible to speak without words, we must call it by some name. So we choose one that is somewhat less remote from Godliness than others. Light is the finest and most subtle of all physical phenomena, and accordingly, it is less remote from Godliness than other phenomena. Hence, ‘radiation of light’ is the closest term we can choose. Even so, you must understand that we are not talking about the radiation of physical light. We are applying the term ‘radiation of light’ only to give it some name.”

In Kabbalah, “light” also represents God’s manifestation or self-expression. To my mind, the tzimtzum represents a categorical leap from complete uncertainty to a rather certain situation, i.e. an infinite decrease in uncertainty.

This leads us to another question: for whom does the concealment in the tzimtzum take place? Who was the recipient of the information that was withheld? We will discuss these questions later on, but for now I would like to invite the reader on a short excursion into the realm of science.

In 1942, American scientist Claude Shannon (8), who worked for Bell Labs, came up with a Mathematical Theory of Communication. Shannon’s goal was to achieve an optimized encoding of information and its transmission to the recipient in an undistorted form, despite the presence of background noise.

The key concept of the Mathematical Theory of Communication was “informational entropy.” Here is a simplified version of it.

where k is the Boltzmann constant and W is the number of a system’s different microstates that cannot be distinguished on a macro level. Let’s take a simple example. If we’re looking at a stone, its microstates that depend on coordinates and impulses of atoms are constantly changing, but its external (macro) state for us remains invariant.

If we flip a coin with heads and tails, the result is undefined and we are dealing with two states: “heads” and “tails.”  In this case Shannon’s entropy is defined by a different equation — the bit formula:

Let’s go back to Kabbalah. From the point of view of Shannon’s theory, the absolute leap from complete uncertainty to a certain state that occurred with the tzimtzum can be considered an infinite decrease in entropy or an infinite reduction in our uncertainty. Manfred Eigen (10), a prominent scientist of the 20th century, provided a brilliant definition of informational entropy. Eigen wrote: “Informational entropy is the measure of what we don’t know after we’ve accounted for everything we do know.”

For example, imagine you have a container divided by a heat-proof partition in the middle. There are equal amounts of the same gas in both parts of the container, but their temperatures are different (let’s say, 100° and 300°). If we remove the partition, the entropy of the system will increase and the temperature will even out. As a result, the gas in the container will have the temperature of 200° — an average between 100° and 300°. But if we can only see the end state of the system — a container with 200° gas, there is no way for us to know what the initial state of it was, because there is an endless number of options: 100° and 200°, 50° and 250°, 25° and 375°, and so on, ad infinitum.

Maimonides (11) provided a brilliant description of the process of information concealment in his Guide for the Perplexed, written in the 12th century well before concepts like thermodynamics and entropy had been developed. Maimonides expressed his disagreement with Aristotle (12): “We, the community of the followers of Moses our Master and Abraham our Father, may peace be on them, believe that the world was generated in such and such manner and came to be in a certain state, which came after another state. Aristotle, on the other hand, begins to contradict us and to bring forward proofs against us based on the nature of what exists, a nature that has attained stability, is perfect, and has achieved actuality. As for us, we declare against him that this nature, after it has achieved stability and perfection, does not resemble in anything the state it was in while in the state of being generated and that it was brought into existence from absolute nonexistence.”

In the same chapter, Maimonides stressed: “No inference can be drawn in any respect from the nature of a thing after it has been generated, has attained its final state, and has achieved stability in its most perfect state, to the state of that thing while it moved toward being generated.”

The analogy with the statement about how increased entropy conceals earlier information is clear. Dwelling on the thoughts of Maimonides (and Shannon), we can conclude that based on our current knowledge of the world, even taking into consideration the information we have about the tzimtzum process, we cannot draw any conclusions about the Almighty as Ein Sof. This confirms Kabbalah’s key idea that Ein Sof completely transcends human understanding.

About the Author
Eduard Shyfrin received a Ph.D. in metallurgy from the Moscow Institute of Steel and Alloys, and went on to found several businesses. He is a member of Chabad and his Torah commentaries have appeared on Chabad.org. He is the author of From Infinity to Man: The Fundamental Ideas of Kabbalah Within the Framework of Information Theory and Quantum Physics.
Related Topics
Related Posts
Comments