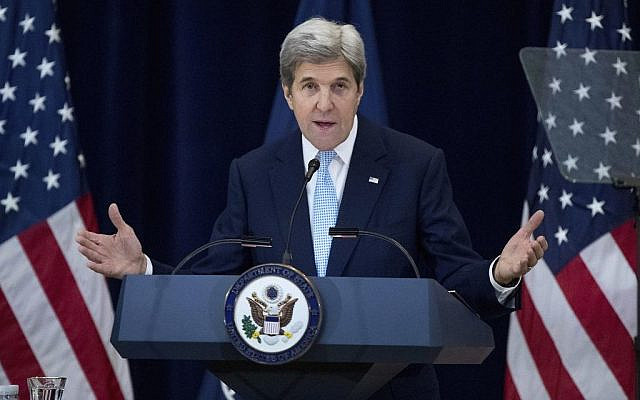 Last week, U.S. climate envoy John Kerry stopped off in the United Arab Emirates on his way to India. His aim was to deepen international commitments to address the key issue of climate change, ahead of the international climate summit President Biden will host in late April 2021. That Mr Kerry chose the UAE as the place to stop over is telling in that it views the Gulf, and particularly the oil rich Emirate, as a key component in ‘greening’ the Middle East. It also reveals how climate change issues could become a basis for strengthening ties between the new administration and the Gulf.

What stands out from this latest visit is how countries in the Middle East, who remain central to producing much of the world’s hydrocarbons, are now looking to use new technologies in reducing their economic reliance on this industry and on the use of petrochemical products. As part of his visit, his UAE equivalent, Dr Sultan al Jaber showed the U.S. Envoy Noor Abu Dhabi, the world’s largest single-site solar park. It is clear from his response that Mr Kerry views oil-producing states like the UAE as allies, rather than adversaries in the climate fight.

The last-minute nature of this meeting, with 14 MENA states plus American and the UK, is an example of impressive opportunism from the UAE. Last year that self-same opportunism saw the surprise and landmark announcement of the Abraham Accords, normalising relations with Israel in recognition that the previously semi-secretive, unofficial approach simply wasn’t optimal. Seeing climate as a chance for strengthening ties with a U.S. administration that risked cooling relations post-Trump is another example of the U.A.E. being on the front foot.

Gulf states have become acutely aware that economies overwhelmingly propped up by oil revenues are not sustainable in the long term. Green innovation is therefore positioned as a massive opportunity to diversify their economies, whilst broadening the skills base of predominantly young workforces. We have also seen this push into new technologies linked to a rise in women leaders in these areas. A recent prominent example is the U.A.E.’s recently launched mission to Mars. About 80% of the scientific team behind this historic launch was made up of women scientists. Green innovation has similar and larger-scale potential

At varying paces, these countries are therefore realising that to be competitive on a global scale, they needed to harness the energy and the enthusiasm of the large millennial youth populations that were hooked onto the technological revolutions of the last decade. Countries like the UAE don’t simply view climate change action as an altruistic necessity, but rather a major economic opportunity.

Which is why we have seen political leaders in the MENA region so engaged in global climate change public policy discussions, when just a decade ago, such engagement would have been unthinkable, seen as detrimental to their economies built on ‘black gold’.

We know that tackling climate change has become a central plank of Biden’s domestic and international public policy agenda. It is the measure by which he has pinned the success of his administration to and where he believes, global coalitions are the only way to ensure compliance. Ensuring their inclusion in this area of work also binds them into working closer on other issues in the future and this is not lost on the Biden administration.

Kerry is well respected in the MENA region and seen as an honest broker and stable pair of hands. His frenetic international diplomacy on climate change, is a 180 degree turn in public policy from the Trump administration whose ‘America First’ policy meant global disengagement and withdrawal from the Paris Climate Accord. The MENA region and its governments are central to reducing climate change and delivering the flagship policy of the Biden administration. Countries like the U.A.E. have been quick to realise this.