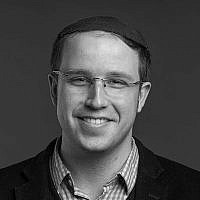 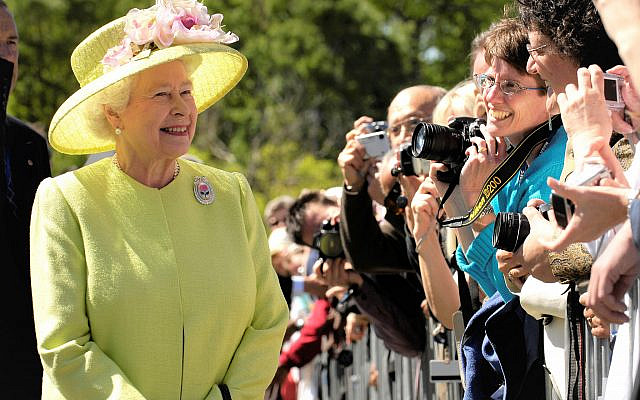 On the Reflective Power of Symbols

What can we do to ensure that our deepest, most enduring relationships remain effective, vibrant, and resonant? How do successful relationships survive the pressure of the tough times, or even just the eroding banality of mundane life?

Ki Tavo tells of the establishment of a new covenant between Am Yisrael and HaShem. When they cross the Jordan, the Children of Israel must erect enormous stones covered in plaster—which will serve as an eternal symbol to this promise (Dev. 27:2). Then the consideration—a sequence of incredible blessings, as well as terrifying curses.

Consider, however, the first covenant made between God and Israel (recorded back in Exodus in, Parsha Mishpatim). There the Jews made a passionate and lofty resolution “Na’aseh v’Nishma”—we will do, and then we will hear—come what may, we pledge unyielding loyalty to God (Ex. 24:7). That covenant too, was hewn in stone tablets; carved—not by human hands, but Ma’aseh u’Michtav Elokim—formed and engraved by the Divine. But no mention of what happens if the contract is broken. No blessings, no curses. God unconditionally committed to us, and we unconditionally committed to HaShem.

But that was a fatal weakness of that first covenant. When everything didn’t go to plan—amidst the crisis of the Golden Calf just 40 days later—the people didn’t remain loyal. They broke the covenant, and there was no way to put it back together. Moshe smashes the first set of tablets as a visceral expression of the broken covenant that can never be repaired. Despite its lofty perfection, that promise was incredibly fragile.

So, we needed a new relationship—one accounts for our inevitable mistakes and missteps. Moshe negotiates a new covenant between God and Am Yisrael, accompanied by a new symbol—the second set of Luchot. Just like the first, this new covenant came with more mitzvot—the entirety of the book of Leviticus—and crucially, blessings and curses in Parashat Bechukotai. This covenant could survive a crisis—even if things get tough, if we let each other down, we have a way to get through and move past it. God promises mercy (in the form of the 13 Attributes of Rachamim), and appropriate consequences.

But for covenants of this kind to be truly effective, they cannot be a flash-in-the-pan historical moment. They must be reconsidered, reaffirmed, and recommitted to anew from time to time. At times of massive change and transition, wholesale rededication may be called for. And so—as they are about to cross the verge of Jordan—Am Yisrael and God reenact that covenant, complete with a new set of stone tablets to be set up in Eretz Yisrael.

Later in Jewish history, after the destruction of the First Temple, Ezra and the exiles recommitted themselves to the national covenant (Ezra 6:16). According to our sages, Mordechai and Ester conducted a renewal of the covenant among the Jews of the Persian empire (Est. 9:27; Shabbat 88a).

This intuition is not unique to our Jewish covenantal relationships. The events of recent days call us to consider a different national covenant—that hallowed pact between the state and its nation.

As a New Zealander, Queen Elizabeth II was my temporal sovereign—my head of state—for as long as I have been alive. The Queen’s life truly exemplified commitment and service. In an oft-quoted speech on her 21st birthday just five years before acceding to the throne, she resolutely swore to the [then] British Empire:

“my whole life, whether it be long or short, shall be devoted to your service and the service of our great imperial family to which we all belong”

She was true to her oath. For more than seventy years she faithfully dedicated herself to her people, who were the beneficiaries of her quiet, dignified, and stabilizing influence, even as that empire—and the world around it—underwent enormous political and social revolution. So fitting, then, that just two days before her passing, she carried out one of her vital constitutional duties—inviting the duly elected Liz Truss to become Prime Minister of the UK and form a government in her name.

In the less-quoted continuation of that speech, [then] Crown Princess Elizabeth reminded us that this great covenant of state cannot be entered into alone:

“I shall not have strength to carry out this resolution alone, unless you join in it with me—as I now invite you to do”

She took her 21st birthday as an opportunity to reflect on and recommit to her burgeoning role as the future monarch. And she invited us to reflect on our vital part, to strengthen our commitment to our shared fate and destiny.

As the Commonwealth mourns her passing, and prepares for a new Carolinian age, we should pause to take stock: who are we? What are our values? Have we been living up to our commitments and our ideals? Are we taking care of each other as members of a great extended family should?

When I reflect on my time thus far in the States, I am struck by the power of the Anthem—another national symbol. The final hopeful, yet haunting question reads:

“Oh say, does that star spangled banner yet wave | o’er the land of the free and the home of the brave?”

Are we living up to the values which that flag represents? Is this a place where every person can realize the universal dream of life, liberty, and the pursuit of happiness? Can we still truly call this the land of the free and the home of the brave?

Returning to the Jewish covenant, this is the deep wisdom of our Mesorah. We don’t wait for those rare historic moments to reflect on the state of our relationships. In fact, we mark Yom Kippur every year as the day of atonement because it was on that day—the tenth of Tishrei—that Moshe descended from Har Sinai carrying the second set of tablets. On that holy day the symbol of that second, robust covenant was sealed (See Rashi Ex. 33:11). Elul and the Days of Awe culminate in an annual renewal of the covenant, a yearly accounting of the success—or not—of our relationships for the past year, and a cleansing, cathartic renewal, recommitting ourselves to try to do better in the year to come.

As we approach these days of Awe, make the most of the rites and rituals, the signs and symbols, to reflect and to consider—Who am I? What do I stand for? Where am I coming from? Where am I going?  And—as our ancestors did on the banks of the Jordan—this year, let us again earnestly recommit ourselves to God, to our tradition, and to one another.