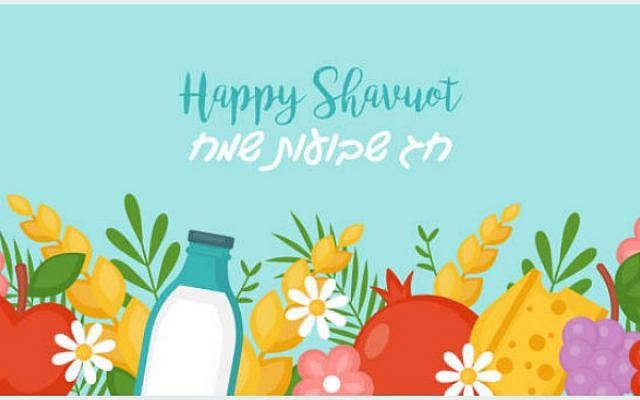 On the major biblical holiday of Shavuot, we commemorate the communication of the Ten Commandments and the Torah some 3,334 years ago.

Another lesser-known fact is that King David was born and passed away 70 years later, on the first day of the holiday.

God intended people to live forever, but Adam and Eve sinned by eating the forbidden fruit. As a result of this sin, death was brought upon the earth and the maximum lifespan for people was shortened to 1,000 years.

One of the important souls significantly affected by Adam’s sin was King David, who was now meant to die the moment he was born. Adam, taking responsibility for this tragedy, asked God if he could gift David with some of his years. God responded in the affirmative, so Adam granted 70 (a very significant and appropriate number) of his years to King David. Instead of living 1,000 years, Adam lived to be 930.

Every Shabbat, King David would study Torah from the beginning of the Shabbat until the end, knowing that while a person learns Torah, its energy shields and protects him even from the Angel of Death. After the Shabbat was over, David was sure he would make it through another week and made a Saturday night meal of thanks to God.

A brief sidebar… In addition to commemorating King David’s feast after Shabbat that he was still alive, there is another explanation for the beautiful practice of eating a meal every week after the Shabbat. There is a tiny (part of a) bone in the back of one’s head which receives nourishment only from this meal. This bone does not disintegrate with the rest of the body. It is from this bone that God will resurrect all the bodies when the Moshiach comes.

When Adam sinned and brought death to the world, it was a Friday afternoon. So, while his entire body became influenced by that fruit and now was destined to die, this bone, which only gets its nutrition on Saturday night, remained as God intended — it lasts forever.

When it came time for King David to leave the world, the Angel of Death created a commotion in some trees, and as King David went out to see what was happening, he slipped, stopped learning the Torah, and the Angel was able to take his soul.

What was it about the noise outside that made King David curious?

When David had just become king years earlier and was fighting the Philistines, God told him He would come to his aide, but he could not fight until he heard the flapping of the angels’ wings in the leaves of the cypress trees.

David, Avishai, Yoab and all David’s men were hiding in the cave, and they heard the Philistines growing nearer. David’s men were nudging him to go out and fight, but David said he did not yet hear the sound of the angels. David’s men said they would lose the element of surprise if they were discovered, but David still refused to charge out of the cave.

The Philistines were so close that the Talmud says David and his men could see their pupils.

David’s men said, “If we do not fight now, we are doomed.” David answered, “Who says winning is everything?” It is more important, and there are more blessings if we do not transgress God’s words than if we rely on our wisdom and strength. King David passed the test and restrained all of them from charging out.

At that moment, there was a great noise from the trees, and King David gave the order to attack. Now, together with the help of God’s angels, they had God’s blessings, and they subdued the Philistines.

It was this same noise that King David heard on the last day of his life. Wondering why there would be angels outside, he became curious. As he stepped out, the Angel moved one of the steps, which caused him to slip and stop his study of the Torah, albeit only for a moment.

This is one of the reasons it is also a very noble practice to read Psalms, the praises and prayers to God on Shavuot since it is on this day that the soul of King David, the sweet singer of Israel — who composed the Psalms, — shines brightest.