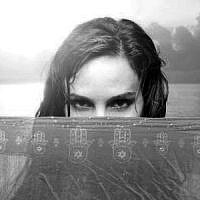 The Blogs
Keren Israel
Apply for a Blog
Advertisement
Please note that the posts on The Blogs are contributed by third parties. The opinions, facts and any media content in them are presented solely by the authors, and neither The Times of Israel nor its partners assume any responsibility for them. Please contact us in case of abuse. In case of abuse,
Report this post. 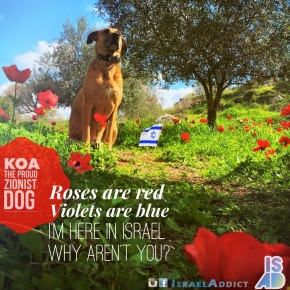 When my family lived on a small Moshav, in the middle of the Ben Shemen Forest, we decided we needed a dog. There were many robberies from the neighboring Arab towns. Although I was partial to the beautiful purebred Rottweiler of my dreams, I decided to first check out the dogs in the shelters. So many need homes.

We went to about three before we visited the Kfar Ruth Shelter. As I was looking at a pretty Rottweiler mix, a dog in the next cage caught my eye. He was leaning against the wall, staring at me with big brown eyes. Speaking to me without words. I asked to see him and they took him out of his barren cage.

I walked him around a bit and was surprised at how well he followed my lead. I sat down and he leaned his body on me as he rested his big head on my lap. This big furry stranger so yearning for love.

My heart was breaking but a dog is a big commitment so we wanted to go home and think about it. Sometimes dogs in shelters look skinny, dirty and not that appealing. I was thinking about him all that night, and realized there was just something about that dog.

I am ashamed to admit I wasn’t so sure I wanted him at first because of his scraggly looks. I remembered how I rescued one of my dogs in the past and she later blossomed into a beautiful dog. It’s amazing what a little food and a lot of love will bring out in a dog, or any living creature for that matter.

We brought him home and named him Koa. Koa means “warrior” in Hawaiin and is also a Hawaiian tree with the same color as his fur. He became the best dog I ever had. He even lets me put silly hats on him and models obediently for my Facebook page.

He was my son’s first word and is the two-year-old’s best friend.. He lets him jump all over him without a even a flinch.

One day I got a call from the animal activist who rescued him. He got my number from the shelter and called me to make sure Koa was in good hands.

He told me how his friend worked in a factory in Ashdod. Koa and his doggie girlfriend were homeless and would come to get fed from the kind workers. One day the city did a sweep of the area and threw Koa in the horrible city pound. The activist found out and remembered what a good dog he was. He took Koa from death row in the pound and placed him in a no-kill shelter called “Let the animals live” in Kfar Ruth. Koa had been in shelters for four years before we adopted him.

Such a good dog… it breaks my heart to think of all the others stuck behind bars on cold floors, especially during rainy season. Just a reminder that you can donate old blankets, rugs, towels or toys for any of the dog shelters in your city. You can also volunteer to walk or play with them if you can’t have a pet.

We adopted Koa into our family and have been grateful ever since. Unlike our neighbors by the way, our house never got robbed. With all the terrorist attacks, I definitely feel safer with Koa by my side, everywhere I go. In Islam, if you get bitten by a dog, you do not go to heaven. Dogs are considered unclean creatures. As if these terrorists are going to heaven and I can assure you my dog is cleaner then these dirty terror tunnel diggers… But I digress.

The great thing about Koa, is he just looks scary. ‏ When there’s a storm or siren, he runs into the Mamad (shelter room) like a little scaredy-cat. I think he was also abused because of some scars on him and his behavior when anyone raises their voice. Perhaps this is why he was homeless. He probably ran away from a bad place.

Koa reminds me of the Jewish people. He is a warrior. Despite his turbulent history, he remains positive and chooses light instead of darkness. 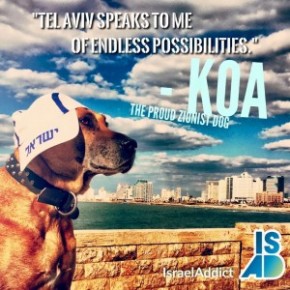 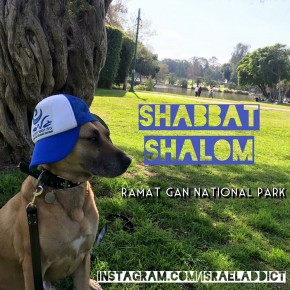 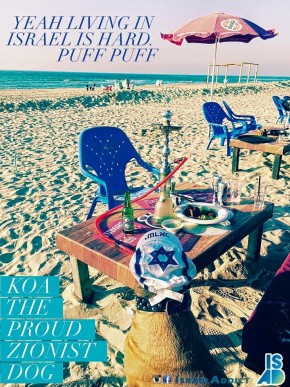 About the Author
Keren Israel has a deep passion for writing in defense of Israel. Born in Israel and having lived in the US for many years, she has now returned to call Israel her home. A pro-Israel activist, she has participated and contributed to numerous events, as well as publishing works and graphic design in support of Israel.
Related Topics
Related Posts
Comments