The International Holocaust Remembrance Alliance definition of antisemitism is internationally recognised and widely used. It provides a clear framework that helps us to identify and tackle antisemitism. It carries the confidence of the representative bodies of British Jewry – the Board of Deputies and the Jewish Leadership Council – as well as the British Government, the Welsh Assembly, the Scottish Parliament, more than a hundred local authorities and the Crown Prosecution Service. It is good enough for them, and for governments across the world, but it is not good enough for the Labour Party, apparently.

This week, a sub-committee of Labour’s National Executive Committee have agreed to adopt the IHRA definition in part, with key omissions. One such omission is ‘drawing comparisons of contemporary Israeli policy to that of the Nazis’, which, according to the document considered by NEC members, ‘carries a strong risk of being regarded as prejudicial or grossly detrimental to the Party within Clause 2.I.8.’

Given the events of recent years, culminating in an unprecedented demonstration outside Parliament by the Jewish community against antisemitism in the Labour Party, it is farcical that people at the top of the Labour Party clearly think that they know better than everyone else when it comes to tackling antisemitism. It might be funny if it were not so serious.

Advocates of the revised definition, like Momentum’s Founder Jon Lansman, have warned those of us who have been critical of Israeli Government policy on settlement expansion that we risk falling foul of the IHRA definition. Though it is true that there are some who abuse the definition to label people making legitimate criticisms of Israel antisemitic, they do so by wilful misinterpretation of what the IHRA definition actually says. Far from silencing criticism of Israel, the IHRA definition makes it crystal clear that criticism of Israel isn’t antisemitic. But we also know that too often discourse surrounding the Israeli-Palestinian conflict does spill over into antisemitic language and imagery – often through ignorance and sometimes through malicious intent. Is it really too much to ask that criticism of Israel avoids offensive and hurtful comparison with a regime that sent six million Jews to the gas chambers, or that critics avoid invoking age old tropes about Jewish money, influence and blood libel under the thinly veiled disguise of anti-Zionism?

Labour MPs must be in no doubt about how serious this situation is. Our failure to adopt the IHRA definition – in full – will be regarded by the vast majority of Jewish people as an extraordinary act of bad faith. Far from addressing the hurt and distress caused by our past failures to properly address antisemitism within our ranks, this approach risks exacerbating it.

It is not too late for the Party to avoid making this catastrophic error. The full National Executive Committee has yet to consider the issue. This whole situation might easily have been avoided had there been any meaningful consultation with the Jewish Labour Movement, Board of Deputies and the JLC about the Party’s proposed definition – or indeed with any of the great many Labour MPs who are desperate for the Labour Party to get this right. The NEC can still put this right by listening now.

Jewish voters sent Labour a powerful, painful message in places like Barnet during May’s local elections. We need to show them that we got that message and are acting on it – not because it’s politically expedient for us to do so, but because this issue speaks directly to our values and what we stand for.

When the Jewish community stood outside Parliament and said ‘enough is enough’ they meant it. Labour MPs who joined them meant it, too. We will be appealing to our colleagues in Parliament and on the NEC to show that they’re serious about rebuilding trust and confidence by genuinely tackling antisemitism. The alternative doesn’t bear thinking about. 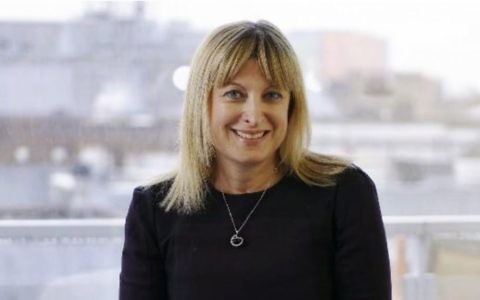