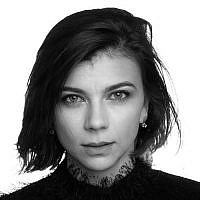 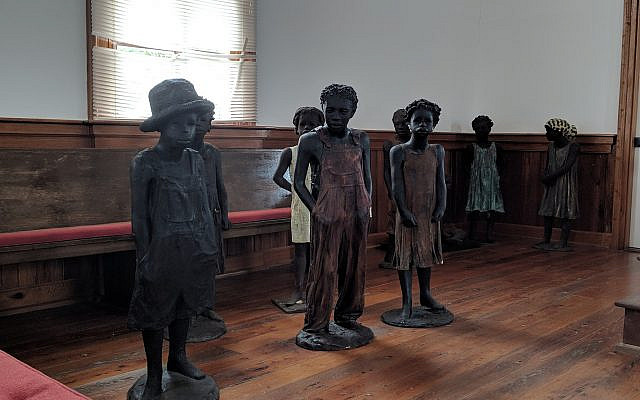 My partner and I spent our honeymoon in the US. We traveled on the East and West Coast, including a visit to New Orleans. We were told that the nightlife and the jazz were not to be missed. I remember the days in New Orleans as dark and anxious, the streets were bleeding grief and pain, and I was suffocating.

We were advised to visit a plantation: which was run by slave labor as were all the plantations in the south. When we visited, it was the only museum dedicated to the history of Slavery in the United States. I was six months pregnant, and this was a long drive out of town, but I knew we had to go.

It was a day I will remember for the rest of my life. The horrors kept piling up. I couldn’t stop finding similarities to Israeli-Jewish issues that I know well. The changing of names, the exhausting labor, the attempts to steal the slaves’ identities, and the denigrating idea that others’ lives are worth less than one’s own. I couldn’t stop crying. I couldn’t believe that this country hadn’t really done any profound reflection. The perpetrators, the slavers were never judged or made to pay the price, not in person, nor in the national memory. All the grief and anger are still there to this day.

In Israel, too, some citizens are classified as outsiders or enemies of the state that is supposed to be their home. For years they tried to integrate and pass all the “necessary” tests to enter the collective, making their way through the Israeli melting pot until nearly fully melted. Yet what awaited them at the end was not loving and caring acceptance but a slap in the face.

I will never know what it is like to be black in a white world. After I erased my USSR identity: I got rid of the accent, concealed the New Year’s tree, and my grandma- I was accepted as part of Israeli society. My favorite compliment received as a teenager was, “You don’t look Russian.” Today I know this to be a degrading and disrespectful comment, but back then, it was joy itself.

A person, who no matter what he does, will never be accepted because of the color of his or her skin or because he or she is perceived as the enemy, will have no other choice but endless fury and pain. Without justifying the violence, I understand the pain and have no way to ease it.

Iyad al-Halak, Solomon Teka, and others were killed by members of security forces because of our abiding racism. As a society, we must expel this racism from our midst before our Ethiopian brothers, and Arab neighbors lose faith in being part of this country.

George Floyd, let your memory be a revolution.

Below is a poem I wrote about the visit to the plantation three years ago.

Land of the Free

In this land the Confederate statues are poised
like decapitated heads on spikes,
here, at the farm gates.
Nowadays, high-heeled women stand there in white dresses
and say: I do.
I couldn’t close an eye, New Orleans.

Listen, children, here stood Alikama.*
He was bought for seven hundred and twenty-five dollars,
do you know why? No big drama –
First, ’cause he is a nigger boy
Second – since he was his master’s toy.
He no longer has a papa or a mama
and also forgot his elephant, Bimbama.

Charles Deslondes,
the leader of the largest slave revolt,
zero hits on Google in Hebrew.
Amputation of both hands,
A shot in one of the knees
A shot in the other knee
A shot in the stomach
And death by burning.

Thirty-five thousand museums of American history
One museum of the history of Slavery.

*This verse refers to the opening lines of an Israeli children’s book called “Little Alikama” by Miriam Bartov, which was originally published in 1949 and was later revised in its 1999 edition. The following is an Ad-Hoc translation to English created solely for the purpose of this post (to the best of my knowledge there is no official English translation):
“Listen, children, here stands Alikama / cheerful and happy, / Do you know why? / First, ’cause he is a nigger / second – cause he is a dark-haired youngster / and third he is a baby-elephant rider”.
A later revised version, published in 1999, changed the closing lines to: “First, he has a papa, second – a mama and third, an elephant called Bambima.”

**Thank you, Olga Lampert and Melissa Test, for your help in editing this piece.