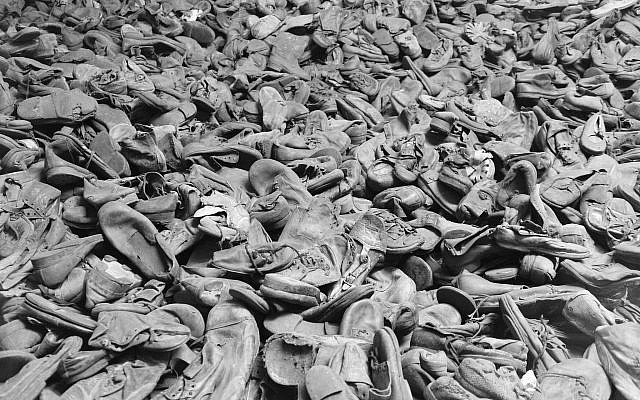 In this season’s finale of Curb Your Enthusiasm, the character Larry David (the show’s creator, Executive Producer, star, lead writer, and financial beneficiary) manages to step in dog poop on his way into the Holocaust Museum LA. On his way out, he finds it’s raining, so he grabs a pair of shoes from a poignant exhibit at many Holocaust museums: piles of shoes collected from concentration camp prisoners on their way into the gas chambers. Off he goes, happy as a clam, indeed tap dancing in the murdered man’s shoes, in the rain, in an homage to Fred Astaire

If that is funny, wouldn’t it also be funny if, in a future episode, our star attends a gala at the National Museum of African American History and Culture and, finding himself nodding off, tries on one of the collection’s slave collars to stay awake? They were designed specifically as a torture because you can’t possibly sleep or even rest with one of those on. Get it?

No, better yet – Larry visits a crime laboratory. He’s got a cold, see, and he wipes his snotty nose on a swab from a rape kit that happens to be lying around. So when they identify the DNA of the rapist, guess who it turns out to be? Hilarity ensues.

These scenarios have in common that they make fun not of the perpetrators of atrocities, but of the victims, and how people try to remember them. What makes them different from David’s Holocaust shoe shtick, of course, is that they would never be put on the air – they would never make it past the suits. Making fun of slaves? Making fun of women who’ve been raped? What are you thinking? Curb Your Enthusiasm, by the way, has been nominated over the years for 47 Primetime Emmy Awards and this season was critically acclaimed as the “most comforting comedy on television”.

Of course, plenty of comedians have mocked Nazis, from Charlie Chaplin in The Great Dictator to Mel Brooks in The Producers to Tim Conway’s Nazi interrogator singing “Dinah Blow Your Horn” on The Carol Burnett Show to Jojo Rabbit just a few years ago. Common sense – not to mention common decency – should suggest a difference between lampooning the perpetrators of genocide and their victims. But in the United States today, it is okay to parody some victims. The Jewish ones.

If the history of the Holocaust teaches us anything, it is to be very, very worried when society decides implicitly to apply norms to one group and not others. Implicit norms of prejudice are likely to become explicit laws of prejudice and worse.

Larry David shows how normalized Jew-hatred has become in the US, so much so that we can be expected to laugh at someone degrading the pathetic remains of slaughtered people.

Before getting around to actually killing as many Jews as possible, Nazi officials encouraged people to laugh at them as victims. Franz Stangl, the commandant of the Sobibor and Treblinka concentration camps, was once asked in an interview why they bothered to humiliate people they were planning to kill anyway. Stangl replied simply, “To condition those who actually had to carry out the policies. To make it possible for them to do what they did.” A shtick degrading a pile of dead Jews’ shoes, like Larry David serves up, is just what Stangl was going for.

This “humor” comes from someone who doesn’t mind being thought of as an “insensitive jerk” based on the “semiautobiographical” character in his show. “That doesn’t bother me in the least,” he told an interviewer. “I’m way closer to being the guy on Curb than the guy who’s talking to you right now… I think he’s expressing a lot of the things that many people think about.” 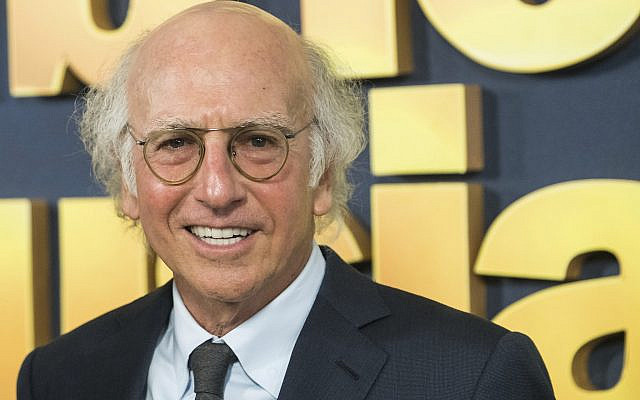 In this September 27, 2017 photo, Larry David attends the premiere of HBO’s ‘Curb Your Enthusiasm’ at the SVA Theatre in New York. (Charles Sykes/Invision/AP, File)

Larry David has a point there. Fascism is crawling out of the cesspool of history all over the world. Antisemitism, always in style, is in full bloom. Larry David doesn’t go so far as to blame the victims. He just makes their meager remnants the punchline. If we wouldn’t tolerate a similar mockery of George Floyd or of Peng Shuai, why on earth are we comfortable joking about the victims of the Holocaust— and at a time whenever more people are ignorant of the basic facts of this history/

Meanwhile, those of us old enough or at least well-informed enough to “get” Larry David’s joke need not worry if we do not find laughing at the desecration of remnants of victims of genocide the least bit funny.