“My son was a hero, not just on the last day of his life but throughout his life.” This is how Linda Schulman spoke of her son, Scott Beigel, just five and a half weeks after he was murdered protecting students at the Parkland High School in Florida on February 14th. Linda continued: “He was happy with what he had and he loved to help others. My son would be thrilled today to know that an ambucycle, something that can help people, was donated in his name because that is what Scott was all about. Helping people.”

Linda was one of the speakers at the Palm Beach Synagogue on Sunday, March 25th, at a special commemoration ceremony held in honor of the 17 victims who died in the Parkland massacre. Scott’s father, Michael Schulman, also spoke about his son’s actions on that fateful day. “My son didn’t care about himself, he cared about his kids and about saving them. That’s the way he lives, and unfortunately, that’s the way he died. We can’t get him back, but we can make sure that he didn’t die in vain.” 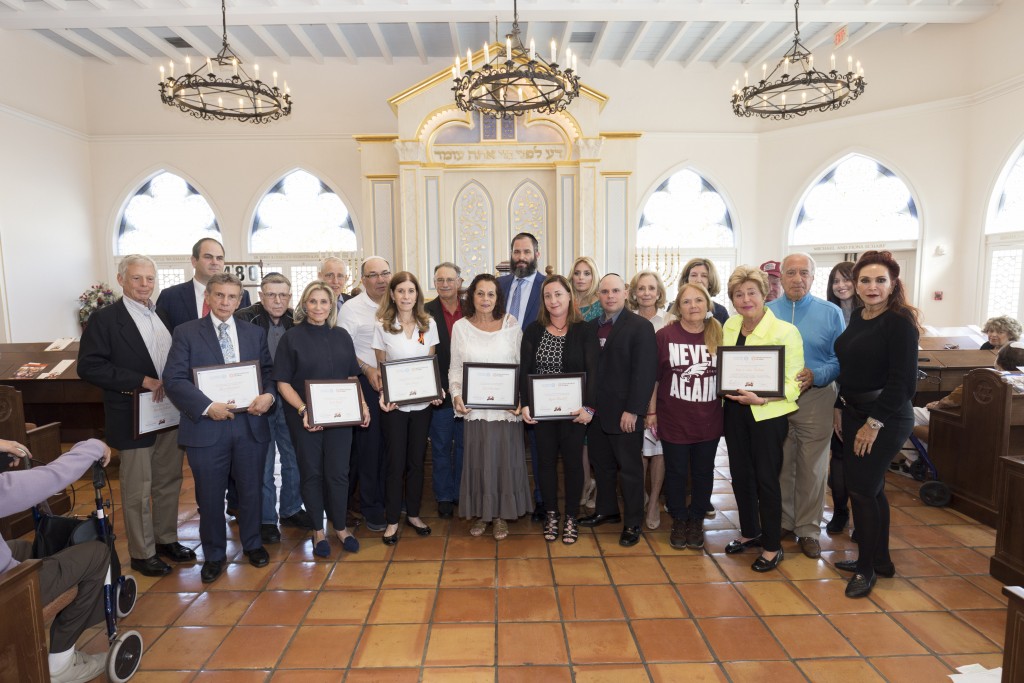 Just after the shooting, Rabbi Moshe Scheiner and Peter Bendetson went to visit the Alhadeff family who lost their daughter Alyssa in the shooting. “When we visited them in the Shiva house, I spoke with Ilan, Alyssa’s father, and he told me: “I’m a doctor, I dedicate my entire life to saving others and when Alyssa needed me I couldn’t save her. Peter and I thought, what better way to remember a life than by saving others just like Ilan does. So today a lifesaving vehicle, an ambucycle, will be dedicated in her honor.”

Following the attack, Lori and Ilan Alhadeff started a non-profit organization called Make Our Schools Safe that “Will focus on researching and teaching the best practices in school safety and implementing these practices in our school and in other schools around the country,” according to Lauri. “We would like to thank the all the families and United Hatzalah for donating six life-saving ambulances in memory of the Parkland and Coral Springs victims. You’ll be saving many lives and their futures for them.”

Ilan Alhadeff said: “My wife and I just came back from Washington DC, where 800,000 people marched for safety in schools. We didn’t march for one person or one race or religion. We marched for all of our children for generations to come so that we can make sure that they are safe and making sure that they are safe, that is what we will do…. Alyssa will help by saving many many lives with this ambucycle, and we will do our part in fighting for and saving all of our youth, not so that just our kids, but all of your children, and grandchildren, and generations to come, will be able to go to school and be safe and be able to learn. Because that is what we want and we won’t stop and we won’t take no for an answer.”

Founder and President of United Hatzalah Eli Beer spoke about his experiences as a responder to the school shooting that took place at the Merkaz Harav high school in Jerusalem in 2008. “We treated a few dozen students who were hurt in that terror attack, but unfortunately eight didn’t make it. Every time something like this happens, all of us, even in Israel some 6,000 miles away, we all feel connected. The volunteer responders, and people like Scott, who run to help others, even under fire, and the children who helped other children, who don’t think about themselves but run to help others in those moments when they know lives depend on them, they are the true heroes. Six ambucycles were donated from this community and they will go out to at least 800 emergencies each year and countless lives will be saved. The volunteers who ride them and who go out to help people are partners with you who donated them and the children in whose memory they are dedicated. So be proud of the fact that you have such a great community here in Palm Beach who are committed to bringing people together in chesed because that is what this is all about. Your acts here today are building a better world and I am honored that United Hatzalah is to play a part in this.”

Five ambucycles were donated by Peter and Connie Bendetson, Ron and June Daniels, Ronnie Heyman, Rochelle and David Hirsch, Steven and Bonnie Stern, and a community donated ambucycle spearheaded by Jane and John Shalom and the Palm Beach Synagogue. Jane addressed the crowd and said: “I was so proud to see my daughter’s face on the New York Times today in the article about the march of the students from the Trinity School. They held a sign that said “prayers and thought aren’t enough. We need change.” That’s not just for young people, everyone here needs to join them too. We all have to unite for change. It is our obligation.”

Peter Bendetson said: “I was watching CNN and saw Ilan speaking after the tragedy and you said: “Do something. Do something so that this won’t happen again. Your words inspired me to make this donation. Thank you for saying what needed to be said and encouraging me.”

As the event was wrapping up one of the donors, Ron Daniels spontaneously encouraged the crowd to donate another three ambucycles. He said: “United Hatzalah saves the lives of close to 75,000 people each year. So I want to challenge all those gathered here to donate half the money for an ambucycle and I’ll match it up to three more, to make nine ambucycles.” The challenge was met and by the end of the evening, a total of nine life-saving ambucycles were donated to United Hatzalah of Israel.

“When the tragedy in Parkland occurred, our community was looking for a way to respond to the tragedy,” said Rabbi Scheiner. “In the face of death, all of the people in our community wanted to save lives. That is a lesson that Judaism teaches and that we need to teach all peoples.”

Beer concluded by saying: “Unfortunately, we cannot roll back time and rescue those who have already been taken. But, with the help of these ambucycles, we can build a society in which no one who can be rescued dies needlessly in want of emergency medical care. That will be the legacy of these children that the community of Palm Beach Synagogue has established in their honor.”