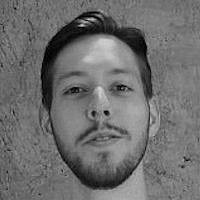 The Blogs
Dan Klein
Apply for a Blog
Please note that the posts on The Blogs are contributed by third parties. The opinions, facts and any media content in them are presented solely by the authors, and neither The Times of Israel nor its partners assume any responsibility for them. Please contact us in case of abuse. In case of abuse,
Report this post. 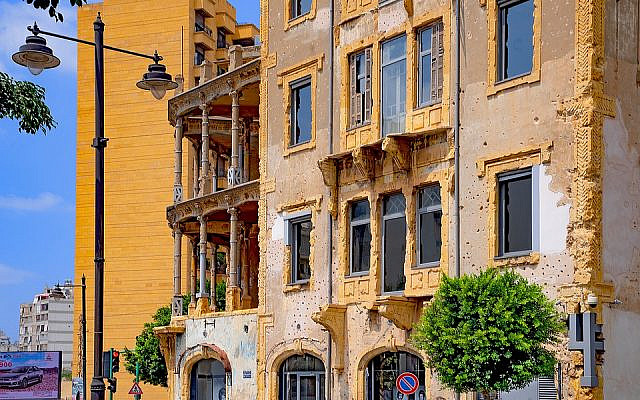 This September marks a century from the establishment of Le Grand Liban under French mandate in the aftermath of the First World War. It was a moment of historic success for the Maronites, extending the reach of their old Mount Lebanon Mutasarrifate into the surrounding lands with the sanction of a Christian power. Their lobbying at the Paris Peace Conference the previous year, and the long cultivation of their relationship with the French, had seemingly paid off. Following years of harsh war and hunger under a Muslim empire, the Maronites were set for future independence within new, generous boundaries.

Fast-forward to the Lebanese present. Currency crash, electricity and food shortages, business closures. In recent weeks we’ve seen the pace of Lebanon’s perpetual crisis quicken dramatically. The country’s economy seems to be evaporating in real time, with many of its people strategizing how best to get themselves and their assets out.

As historian Andrew Arsan points out in his jaded portrait of contemporary Lebanon, the country has joined the Balkans in becoming synonymous with sectarian dysfunction. Today the state is only loosely sovereign, demonstrated both in its repeated failure to deliver as basic a service as waste disposal, and in its inability to curb, let alone dismantle, Hezbollah.

The fateful territorial expansion of 1920 endowed the independent Lebanon that would emerge after 1943 with a structural handicap. The Maronite leadership bit off more than it could chew, their state’s geographic scope bought at the expense of slashing its Christian majority to a sliver. When declared Arab and Muslim interests came into conflict with those of the Christians, Lebanon was plagued by the mismatch between what she was supposed to be and what she in fact was.

As the Israelis were to discover in the course of their disastrous military involvement there during the civil war, Lebanon was never truly a Maronite, nor even a Christian, country, no matter how much Maronite, Western or Israeli decision makers might have wished it were so.

Consequently, Lebanon’s post-independence history has been the struggle and ultimate failure either to repress problematic minority identities or to produce an alternative collective identity, spiralling out into vicious civil war, mass emigration, and now, the quiet diminishment of what remains through dependency on remittances and aid. The state continues on as a relic of a near abandoned project, at worst a legal fiction sustained to serve the interests of Hezbollah and their political lackeys.

Lebanon’s is an unenviable fate, and so Israeli policy makers should have her sorry story foremost in their minds as they weigh the question of West Bank annexation. Much as today concerns for Israel’s security, economic capacity and natural ‘wholeness’ drive the case for annexation, in the post-WW1 settlement Maronite Patriarch Hwayek sought the incorporation of the bountiful Beqaa valley and the prosperous cities of the coast out of a desire to see the new state viable and secure in its ‘natural boundaries’, Mount Lebanon having been left devastated and vulnerable by wartime famine.

Maronite leaders felt emboldened to pursue the opportunity of the moment by the supportive presence of their French patron, and similarly today, the Israeli government prizes above all US backing for its annexation initiative. But it will be facts on the ground, and not declarations from afar, that matter most in the long term.

Israel’s early history tells an almost opposite tale, one in which decision makers prioritized sovereignty above territory. Despite dissenting voices, the Yishuv leadership pursued self-sufficiency during the Mandate, and partition and independence at its end, the patronage of the British having proved untrustworthy. When in 1949 Ben Gurion was presented with the opportunity to drive the Arab Legion from the West Bank, he declined, instead accepting an armistice that left the biblical heartland, along with its Arab inhabitants, on the other side of the green line.

A united sovereign state can maintain itself in the face of hostility from without, but one beset by division and rancour will generate its own destruction from within. When the state is reduced to merely an apparatus of power it will be squabbled over by competing factions and in the process torn apart. Diversity, despite the word’s positive connotations today, has rarely been a source of stability.

In states whose diversity is mostly a matter of ancestry (so-called ‘race’), the risk of infighting can be overcome through ideological, linguistic or religious identity: inculcating a shared set of values, championing a given language, or publicly emphasising a given religion. In the New World this civilisation-state model has helped ease disruptive divides from Catholic, Lusophone Brazil to the Protestant Anglosphere.

Meanwhile those (especially Eurasian) states whose internal diversity extends to the depths of culture and history must often act with imperial force to survive; repression becomes the rule, equal rights impossible. Even where minorities are small but concentrated in outlying areas, the threat of secession looms. Today we see the forced displacement and ‘re-education’ of the Uighurs by Han-dominated China, so as to secure their sway over Xinjiang.

A glance at Israel should confirm that none of these options exist, were the Palestinian Authority to collapse and the near three million West Bank Palestinians were to become her direct responsibility. Sure, Israeli Arabs’ engagement with Hebrew has improved, but no one could expect them, let alone West Bank newcomers, to identity deeply with the language. Even within Israeli Jewish society there are significant values gaps, whilst Islam and Judaism remain, despite their commonalities, apart and often bitterly estranged. And of course, force, if essential to national security when wielded against foreign armies or terrorists, is a dead-end when it comes to creating cohesion in a democracy.

Israel is a nation-state, not a civilisation-state; it has neither the means nor the desire to project and impose its culture across a wider region. True enough, when the ancient Hasmoneans went on campaign, they converted the peoples near about to Judaism, but those days are long over.

The lesson from Lebanon is this: a state whose raison d’être is to serve as the means of self-determination for a specific people can only function happily if that people maintains its demographic dominance. This is not to say that nations shouldn’t foster civic nationalism inclusive of all their citizens. But in the end, just as there is no reason for little Lebanon – a land cruelly cut away, many a Syrian nationalist would claim, from Mother Syria – to be, if not for the sake of Maronite self-assertion, there is no Israel without its solid Jewish majority.

Those agitating for sovereignty in Area C, and thus the permanent interweaving of Israeli and Palestinian populations in a mess of enclaves and exclaves, claim this as a ‘best of both worlds’. As Naftali Bennett shamelessly puts it, ‘maximum land with minimum Arabs’. But if he gets his way, Israel could find herself mired in a swamp from which she cannot escape, bringing closer the ‘one state solution’ of BDS dreams.

A non-contiguous patchwork of Palestinian autonomous zones is not just morally dubious but blatantly unworkable. Following on, sooner or later, would come the integration of West Bank Palestinians into Israel proper. Even without the loss of the state’s Jewish majority, after a century of conflict and decades of PLO propaganda schooling, civil conflict would be all but inevitable.

And what is easily annexed may not so easily be handed away if things turn south. The ease of partition is much less than it once was, with the last decade of policy in Syria and Iraq demonstrating the international community’s self-serving, risk-averse commitment to the fantastical principle of ‘territorial integrity’. Annexation enthusiasts who knowingly explain that Jordan’s King Abdullah will secretly be pleased if Israel incorporates the West Bank should ask themselves why that is. He rightly sees the territory as a liability; ‘rather you than me!’, he chuckles darkly.

The neighbourhood track record is bleak but unambiguous. From Mandate Palestine itself, to Cyprus, to Lebanon and Syria, inter-ethnic killing, green lines and barbed wire have beset the modern Levant.

Having navigated through this treacherous terrain with remarkable success, and at the very moment the country is ascending to new heights in culture, technology and diplomacy, Israeli policy makers are at terrible risk of hubris. An unflinching look at their neighbour’s foundational mistake could help avert a similar outcome.

About the Author
Daniel Klein is a writer and researcher based in London. He holds an MA in History & Arabic from SOAS, University of London.
Related Topics
Related Posts
Comments