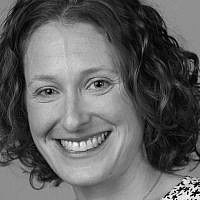 The Blogs
Suzanne Patt Benvenisti
Apply for a Blog
Please note that the posts on The Blogs are contributed by third parties. The opinions, facts and any media content in them are presented solely by the authors, and neither The Times of Israel nor its partners assume any responsibility for them. Please contact us in case of abuse. In case of abuse,
Report this post. 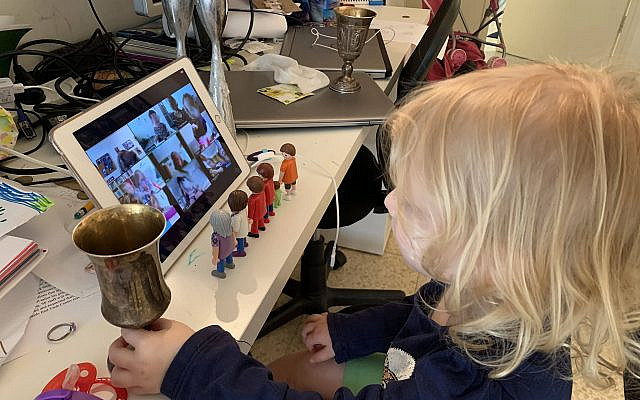 It has become increasingly clear that the massive rise in infection preceding Israel’s second lockdown had much less to do with young children’s return to school than previously assumed. Even before they set foot in school, there was a rising infection curve, coupled with other signs of late summer in Israel: a flurry of large-scale weddings, teenagers in general taking advantage of their final days of freedom, Haredi teenagers and young men in particular returning to yeshivot, and large numbers of people of every age and color and religion and level of religiosity demonstrating some level of epidemic fatigue. The convergence of these factors from late July to early September is what seems to have blown our numbers out of the water, even before the return to school could have possibly begun to spread infection. It also explains why, in early September, there were higher infection rates amongst 0-19-year-old boys than girls and among 20-24-year-old men than women: boys and young men returned to their (indoor) yeshivot for the Elul term.

Given the high burden placed on young children who are currently being forced to “learn” at home, on top of any impact on their parents and other family members, both the efficacy and wisdom of keeping children at home are highly questionable. This is especially true if, as many epidemiologists believe, young children play a small role in spreading Covid. As I write this from my desk in my hallway, I have elementary school-aged children in multiple rooms on multiple devices trying to participate in Zoom school without melting down once the call ends (which they will). Earlier this week, our preschooler finally returned to gan, but for the last month, with all the education and resources my husband and I have, we clumsily tried to stimulate her without allowing too many hours of screen time (though who knows what “too many” means in this case).  Despite the fact that we are two parents working from home, juggling computers and schedules to enable our kids to learn and ourselves to work (usually into the wee hours of the night to make up for missed daytime work hours), we are the lucky ones. We have work and income, our kids are fed and safe, and they are each more or less equipped with the devices they need to participate fully in what their schools have to offer, even if we have yet to discern the emotional toll on each child.

While it seems that preschool and kindergarten-aged children are back to in-person learning, at least for now, the currently developing plans have most older children staying at home for a great portion of the coming months.  What are we doing to ensure that they are equipped to learn from home?

Schools meet a number of basic needs without which children are neither emotionally nor physically capable of learning. Children need food; before the onset of the pandemic, at least 180,000 children were getting at least one hot meal a day at school. Hungry children can’t learn. What systemic solution has been implemented to ensure children are not going hungry? Children need a safe home environment. During the first lockdown, domestic violence calls to the Welfare Ministry’s hotline jumped from an average of 11 calls per day in February to an average of 61 calls per day in June. Schools also play a critical role in the social and emotional development of children. Without the ability to see their friends and teachers in person, children from diverse backgrounds are struggling.

But there is no doubt that Israel’s lowest income children are suffering more, particularly in our current distance learning climate. At their best, schools and preschools are the key institutions that states use to close gaps that arise from differences in home background. Yet even in the best of circumstances, closing that gap is a major uphill battle. There is a strong correlation between parental education level and income, such that the lowest income children rarely have the benefit of a highly-educated parent to assist with their learning and development. So what happens during a national lockdown when children miss out on the opportunity for learning (and everything else) that schools are meant to provide?

Already at a disadvantage because they don’t have the same level of support available at home, a great number of children also lack the resources to participate in distance learning.  The quarter of all children that have no computer at home are disproportionately poor. Among families with an average per-person monthly income of over 4,000 NIS per month, only 5% have no computer, but this percentage jumps to 40% in families with an average per-person monthly income of less than 2,000 NIS per month.  This difference holds true across all population segments, albeit with percentages climbing drastically in the Haredi and Arab population for all income levels.

The same is true when it comes to internet access. Among all families, 50% of the lowest income families have no internet at home, compared to about 5% of the highest income families.  These numbers are much higher among Haredim (nearly 80% of lowest income lack internet vs. a third of highest income) and Arab Israelis (over half of lowest income lack internet vs. about 15% of highest income), but even among non-Haredi Jews, there are vast income-based differences.  While only 5% of Jewish non-Haredi families with per-person income of more than 4,000 NIS a month lack internet, almost 30% of non-Haredi Jewish families with incomes of less than 2,000 NIS per person do.  In short, with at-home learning, gaps in resources directly translate into gaps in the ability to participate in learning. This has clear and dire implications for inequality.

Sadly, despite the fact that we are (rightly) throwing vast amounts of money at addressing the challenges brought about by this pandemic, we seem to have accepted inequality in access to computers and internet at worst as a fait accompli and at best as a problem to be addressed on a piecemeal or ad hoc basis. This is not the case everywhere. In Memphis, Tennessee the school board and superintendent purchased identical laptops and internet sticks for all 118,000 children in the district, regardless of what they already have at home, in order to ensure as much equality as possible. In Austin, Texas the district outfitted 261 yellow school buses with WiFi and is parking them in neighborhoods with low internet connectivity so that all kids have the opportunity to learn remotely.  The Austin Independent School District is also offering free meals for all children under the age of 19 who want them (not means-tested) through the end of this school year, and as of now, caregivers of children can receive free meals through the end of October or until funds run out.

Today, most, if not all, of Israel’s children are struggling with the implications of at-home learning, some of which will only be evident in the years to come. There is no doubt that online learning is simply the lesser of all evils rather than an ideal learning situation. And yet, there are some who cannot participate at all, some who are unsafe at home, and some who are hungry. Tragically, we seem to be okay with that. For the long-term good of our country, let’s think about investing resources in giving all our children the opportunity to thrive rather than being resigned to letting the least fortunate among us fall by the wayside.

About the Author
Suzanne Patt Benvenisti is the director general at the Taub Center for Social Policy Studies in Israel.
Related Topics
Related Posts
Comments