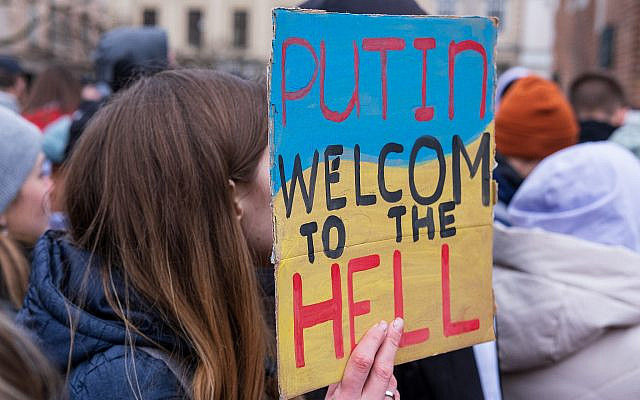 Free to Use Photo by Eugene Liashchevskyi from Pexels

It was sad to see a once-great country crawling into bed and hiding under the blankets. The president of the United States of America, I forget his name, has let the Russians walk all over him.

As the Russian strongman, I have no problem in recalling his name – Vladimir Vladimirovich Putin – does what he likes with the Ukraine, the US president is keeping quiet for fear of starting World War III.

Of course, the Americans have lots of experience in hiding under the bedclothes. The First World War had been raging for several years until the US was forced to join in. It tried to keep clear of the Second World War but was dragged in by the unwise Japanese attack on Pearl Harbor. If Japan had not been tempted by an easy target, the world today might be a very different place.

Even when the US did decide to fight for its principles, it was often the loser – from the Battle of Powder River in 1876, when a badly planned attack on a Cheyenne village resulted in a defeat at the hands of Native Americans, to the ignominious retreat from Vietnam in 1975.

And today, yet again, the US comes across as weak and indecisive; not an ally to rely on. Of course, the US has not been entirely passive in face of the horrendous attacks on Ukrainian civilians; it has cut off supplies of Coca Cola to Russia.

Perhaps the US should look at its older brother across the Atlantic. The United Kingdom is prepared to stand up and be counted when it comes to dealing with bullies, be they Russian, Argentinian or French. And, putting its money where its mouth is, the UK has seen fit to establish a Secretary of State for Levelling Up.

If you are wondering what the esteemed secretary does, let me tell you.
The Secretary of State for Levelling Up has the power to determine “called in” planning applications and “recovered” appeals in England.
Now you know as much as I do.

A glance at Google shows us some synonyms for “level up” – decorate, adorn, embellish, beautify, illuminate, make over, ornament, transform, touch up. We wonder which best describes the new UK minister’s job.

And, as I take my blogging to a new level, the air is filled with the sound of Israeli Air Force planes from a nearby airfield. Hopefully, they will prevent World War III, not start it.