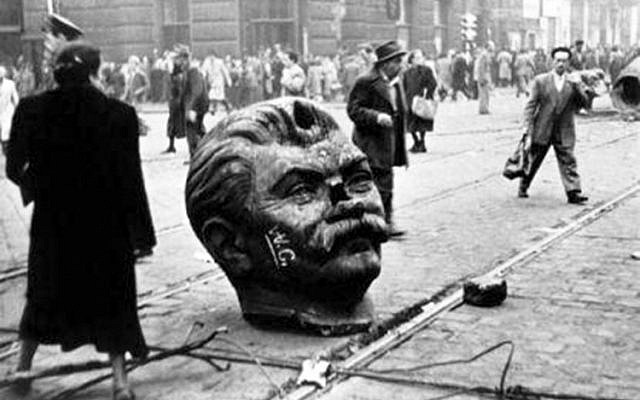 Stalin’s statue was torn down by anti-Communist protesters during the Hungarian Uprising in 1956 (credit: Viswanathan ek / Wikimedia Commons).

Since the start of the anti-racism protests triggered by the killing of George Floyd at the hands of U.S. police officers, protesters have brought down several statues around the world, including Confederate President Jefferson Davis in Richmond, Virginia, USA, Christopher Columbus, whose expeditions led to the colonization and genocide of native Americans, in Saint Paul, Minnesota, USA, and Edward Colston, a slave trader, in Bristol, England. 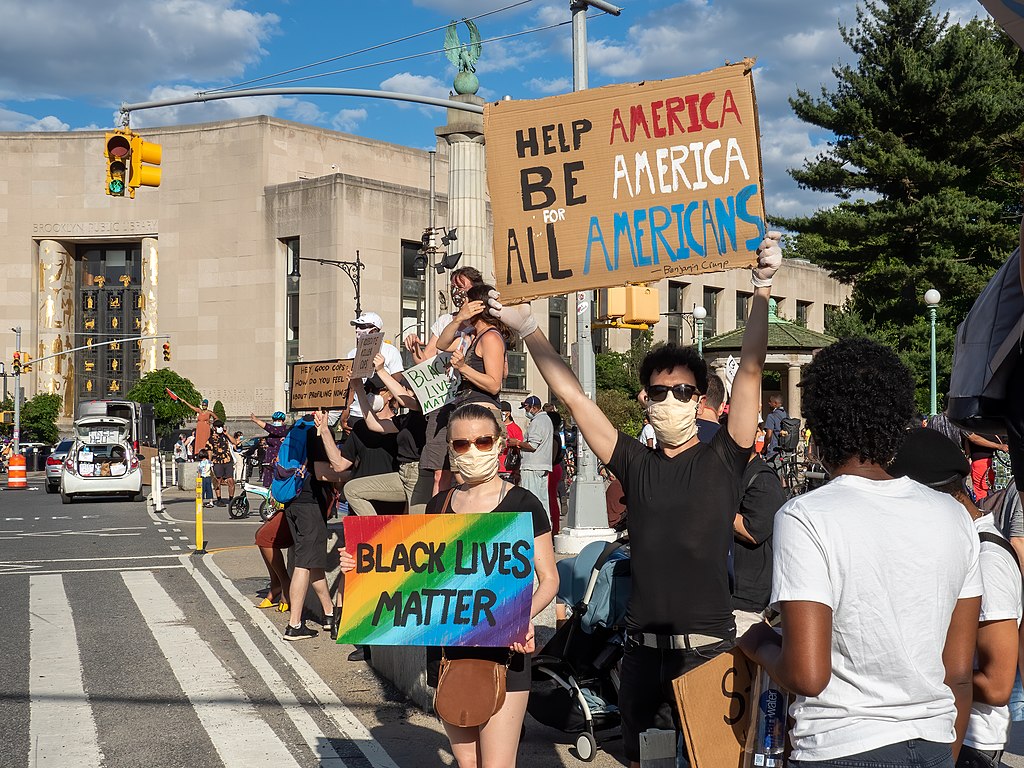 Several statues were also removed by the authorities, and in the U.S., Democrats called for the removal of the remaining Confederate statues from the U.S. Capitol. This is not a new phenomenon. Many statues have been toppled in the past, including the statue of Iraqi dictator Saddam Hussein, which was toppled in 2003.

We are told that statues are needed to learn history. U.S. Vice-President Mike Pence made that argument in 2017. I find that claim hard to believe. I have never seen a statue of Adolf Hitler, but that did not stop me from learning his history. In fact, I cannot think of a single instance where seeing the statue of a political or military leader of the past taught me anything about history. A statue, at best, gives us a vague idea of what a historical figure may have looked like.

William M. Cavert, an associate professor of history at the University of St. Thomas, argued that, “None of our scholarship requires monuments”. He wrote, “Knowledge of the past comes from the archive, documents and objects preserved in libraries or museums. We scour these records in order to produce scholarship for experts, in the form of academic books and peer-reviewed articles, and for the public, in the form of podcasts, blogs and op-eds. We teach what we’ve learned to students, whose questions prompt us to return to the archive and revise what we know. None of this requires statues.”

Building a statue of someone and placing it in a prominent public location is nothing less than idolatry. Idolatry is not a healthy way to look at history.

All historical figures are flawed in one way or another. Some of them may have introduced good policies that advanced their societies, or they may have saved their countries from invasion, but many of them may have at the same time abused their wives, exploited their employees, owned slaves, or committed any number of immoral acts that we know nothing about. Humans are naturally flawed, and while we may admire some of their actions, it is unhealthy and naïve to idolize them.

Another reason not to idolize historical figures is that doing so ignores the many unknown soldiers, workers, mothers, scientists, and thinkers without whom the illustrious generals and heads of state would have achieved nothing.

I would not rush to topple every statue, but I would suggest that no more statues of political and military leaders be built. The bronze, marble, and other materials used to build statues can be put to better uses. We should not fool ourselves into believing that we are teaching history by building statues.

Despite the many statues that we have built, we, as a human race, are not doing a good job at learning history.

If we understood history better, we would make peace more readily. The Israel/Arab conflict would have been resolved long ago. 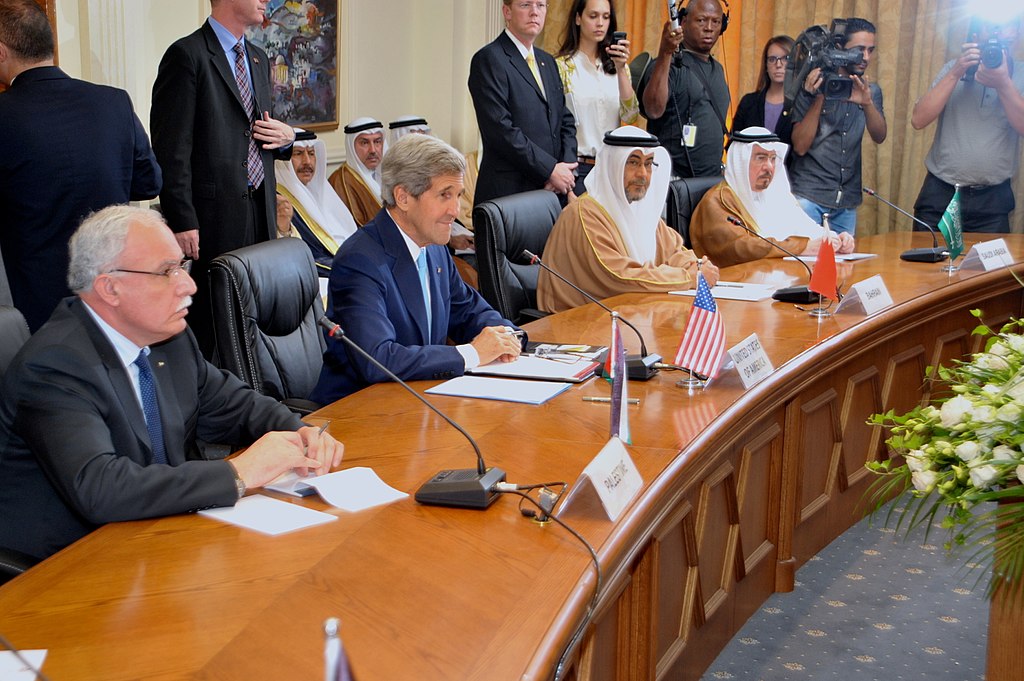 U.S. Secretary of State John Kerry sits with members of the Arab League Peace Initiative before a meeting in Amman, Jordan, on July 17, 2013 (credit: U.S. Department of State / Wikimedia Commons).

If we understood history better, we would never have elected some of the leaders who rule us at present. For example, those considering voting for Donald Trump in 2016 would have known from German history that a self-glorifying showman with no political experience who demonizes minorities and promises nationalist greatness would not be a good leader. 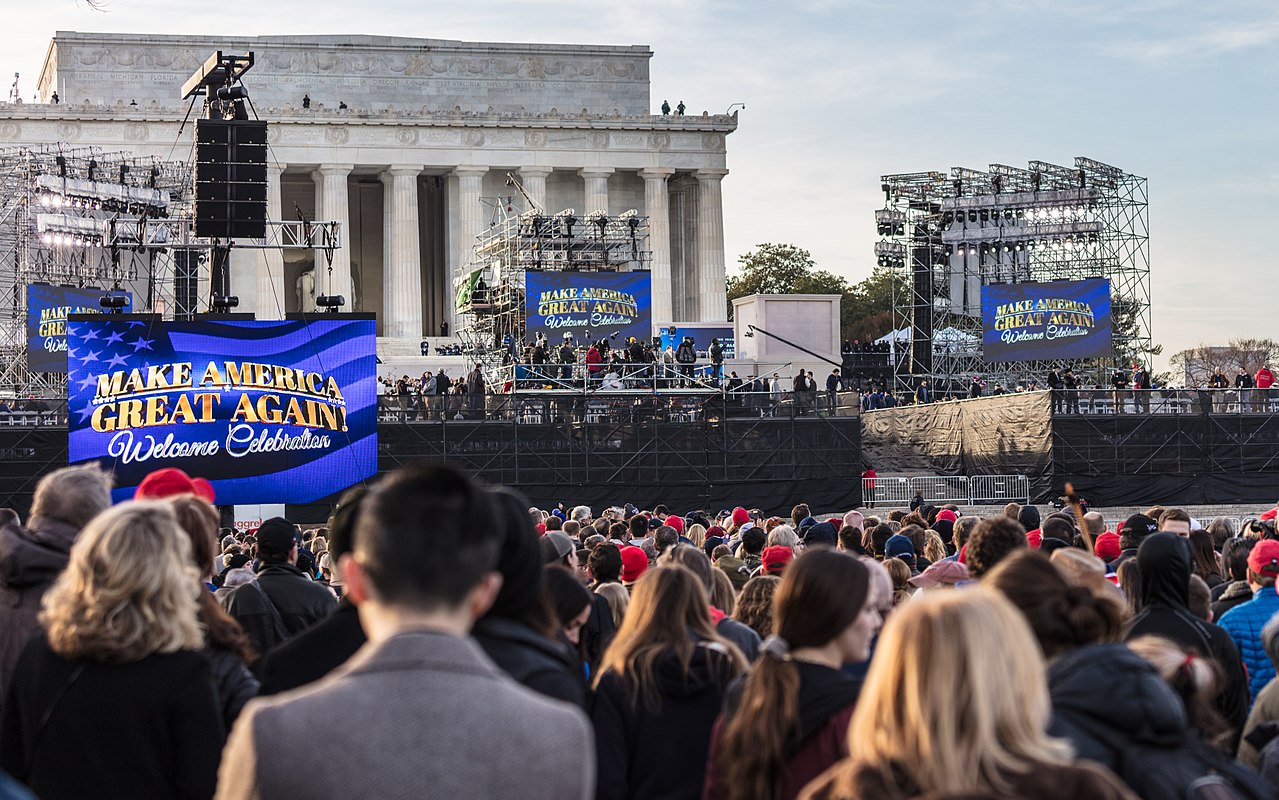 Crowds on January 19, 2017, in Washington, DC, USA, celebrating the election of Donald Trump, the day before he was inaugurated president (credit: James McNellis / Wikimedia Commons).

It is crucial that we learn our history, but idolizing historical figures is not the way to do it. We must understand the events of the past and how they led to the present. We must have many history books, movies, and museums that are widely available and easily accessible. We should discuss history extensively in schools, universities, and the media. We should critically examine past actions and thoughts while trying to place them within the context of their times. 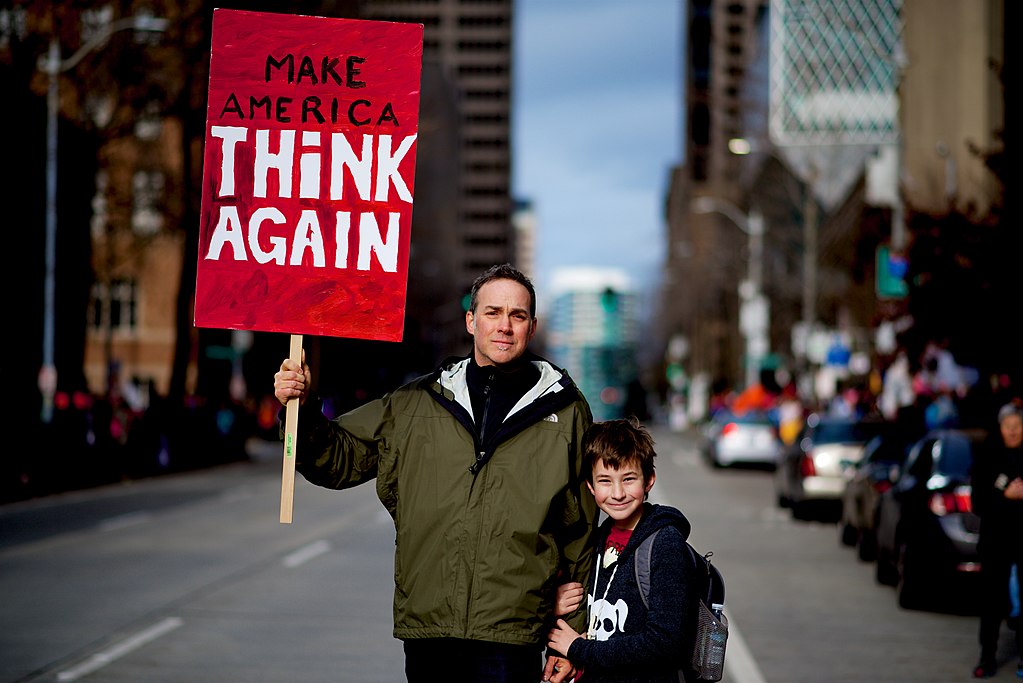 A father and a son in Seattle, USA, on January 24, 2017, denouncing the election of Donald Trump (credit: Jose Moreno / Wikimedia Commons).

Building statues is a lazy and expensive approach to history, and it is not an effective one. We should honor the past by putting in the effort that our ancestors deserve and that our present needs.