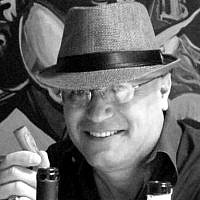 If one would prioritize what I, “the Israeli wine guy,” write about and therefore taste and drink it would be wine, craft beers then spirits and cocktails (water, juice and tea find their way in that mix somehow, someway,too).

It’s not that I don’t enjoy cocktails and stand alone spirits.  In fact, I cherish a well mixed concoction or a libation so well crafted that even if served simply straight up or on the rocks, it could potentially bemoan quality and some talent in its distillation and a potential marriage with  wide range of quality mixers.

In fact, I went to bartending school at one time (1992) and had at least 150 drinks I could make perfectly at the drop of a hat and had the highest test scores of my graduating class at the Central Massachusetts Professional Bartending Academy and tended bar at a few bars and many parties before working eventually more with wine. A recent trend of making infused cocktails and signature master mixologist potions has drawn me back to the riskier tasting and imbibing of custom cocktails and their top shelf ingredients. 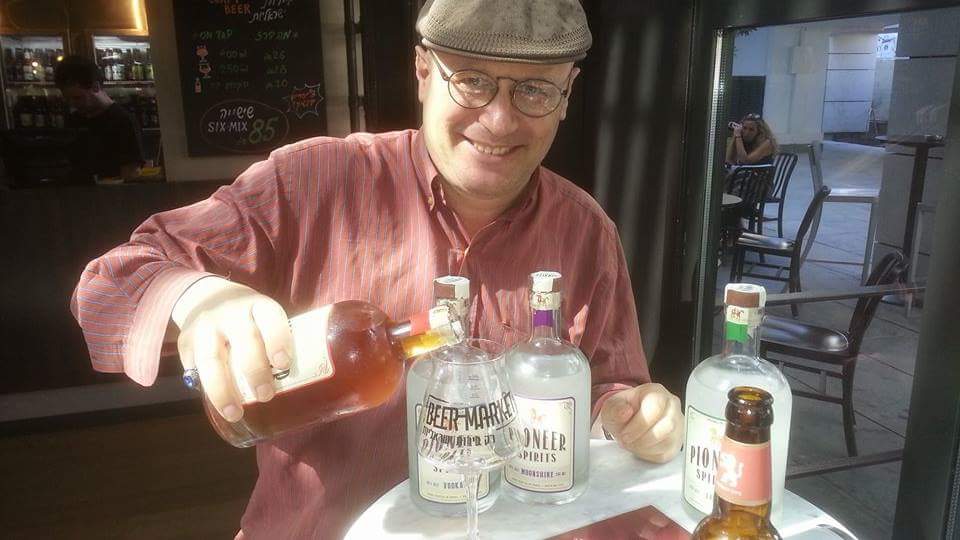 So, when my friends at Buster’s Ciders, who I’ve written about in the past, told me on a recent visit to their facility in Beit Shemesh they’d have some small batch spirits in their pipe line, I had them promise me that they would let me be one of the first or THE first to write about it.

True to their word, distiller Matt Neilson (son of co-owners Denny and Pam) called not too long ago and invited me down to Beit Shemesh but the timing was horrible for me to visit as it takes most of day to get there, have a tasting/interview and get back and I’ve been swamped reviewing wines for the holidays so I was feeling a little anxious that they might not wait too long before offering a press tasting to someone else if I didn’t honor the invitation sooner rather than later.

As luck so happens, I stopped by the NEW Beer Market inside Tel Aviv‘s Sarona Market,which is a foodie’s paradise, featuring not one but two wine bars , two gourmet cheese shop and seemingly endless array (I’m told 99) of premium food stalls. While there with my Mandarin translator Ben to grab a couple of brews (we had Herzl’s new Embargo beer flavored with Cuban Tobacco leaves and and now an old favorite Shapiro’s Oatmeal Stout).  While waiting for a pour, I noticed four interesting liquor bottles on the shelf with a label I hadn’t seen and a name I hadn’t heard of: Pioneer Spirits with a Vodka, Moonshine, Arak and Spiced Rum. These were those aforementioned  spirits I was to write about. The Beer Market is offering shooters of these premium Israeli made spirits for 15 NIS each to go along with their selection of Israeli premium crafted micro-brew beers. 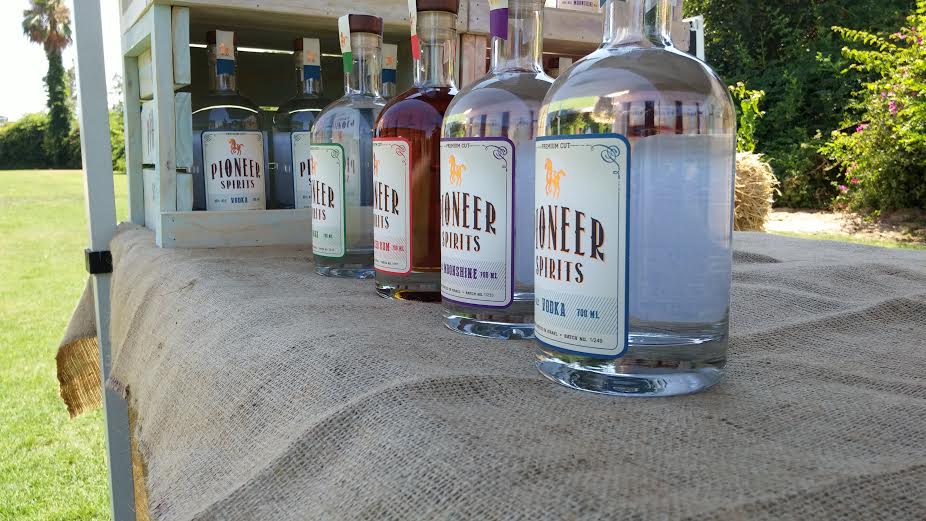 I called Matt to see if he could ask the Beer Market to host me for a tasting. After all, when you try to be as prolific a writer as me, that takes striking while the iron is hot on top as well as lots of strategic planning and i  couldn’t begin to afford to write about the thousands of Israeli wines (domestic and imported).released each year if it was out of my pocket never mind the restaurants and array of other items I review each year.

Matt said he would check and get back to me and before he even got a chance, the Beer Market management had set it up (we had worked together last year when I hosted the 2014 Raanana Wine & Beer Festival).

Instead of pouring me a modest tasting of each which I expected and would have been fine with they just set the four 700 ml bottles in front of me and offered to just let me taste what I wanted. At a different time in my life or If I was a different person that could have got ugly but I didn’t abuse the opportunity and hospitality and might have tasted slightly more than a shot or two of each though I sipped and savored it to get a better tasting impression than just swigging it back and down the hatch.

Here’s my first impressions on these small batch crafted spirits in order of preference.

Made from corn, barley and rye (traditional ingredients from American made moonshine).offering perceived notes of slight popcorn and brown pears with hints of baked bread in a creamy, round body and refreshing and pleasant finish. The name moonshine has connotations of home made hootch that is powerful and possibly course and this ain’t that. This is a masterful expression of what can be done with the same ingredients when the distiller wants to focus on quality and not quantity.

Smooth, nuanced yet clean without alcoholic notes of cheaper less refined vodkas with mild notes of cashew and yellow melon. This is one of those vodka you can enjoy straight up and should keep in your freezer for special toasts or to take the edge off at the end of a long day.This would be a great vodka to experiment making premium versions of traditional vodka cocktails or to deign your own.

Strong notes of anise as expected with an arak and a well rounded texture. Where less expensive Araks can sometimes seem overpowering, premium Araks like this seem seductive, aromatic and not clumsy. Its got me thinking of making a recipe for an Araktini or Arakjito or something inspired by the names Ehud Arak or Arak Obama. I’m working on both in my lab.

With notes of cinnamon, ginger, candied apples and caramel, Spiced rum seems with gin to be two liquors that any bar situated in a hot summer clime should have at the ready.  A little light for me to drink straight up, it does have me eager to use it as a mixer which for me is where  Spiced Rum shines brightest. Something tropical with coconut milk or pineapple juice (or of course cola) or citric lime or orange combinations. Give me this bottle, a weekend, a blender, fresh fruit and some mixers and I’d come up with some amazing drinks or die trying.

If these small batch liquors sell out, don’t be too alarmed, Matt and his family have a second batch on the way in a couple of weeks; but, I expect they might even be bought out before its bottled by those who are fortunate enough to taste Pioneer’s first “prime cut” batches.

or stop by Buster’s Cider/Pioneer Spirits in Beit Shemesh, Hameshek in Raanana, Paleo Place in Kfar Saba, The Winemaker in Jerusalem and I imagine an expanding list as they produce more for what I expect will be a geometrically expanding demand.