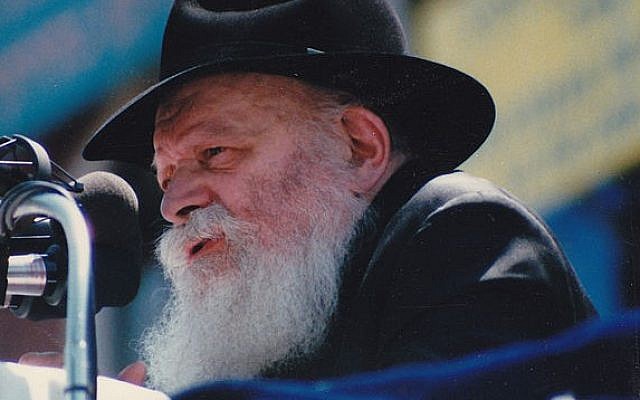 Some of its success comes from factors unique to Lubavitch. Among the most important are 1) a strong ideological penchant towards championing the simple Jew and his performance of ritual commandments, 2) a leadership strongly committed to outreach outside of the Orthodox community and 3) an institutional structure that requires its synagogues and centers to subsist on funding from the religiously and ideologically diverse communities that they serve.

Whatever the reason, Chabad has emerged as a group that truly seeks to help and, therefore, accommodate all Jews. That does not mean they are willing to break their understanding of the halacha in order to so. But it does mean that accommodation is an important factor in the halachic process for them (as it actually is). But even more importantly, it means that even when there is no halachic solution, all comers still feel welcome. Those who do not share Chabad’s ideology feel that way, knowing that the restrictions placed upon them are neither coming from lack of consideration, nor from some sort of ideological hatred. Of course, Chabad is not the only community that behaves in such a way, but it is the most outstanding.

The recent discussion about intermarriage is a good example of how Chabad seems to have found a winning approach. By law and by general orientation, committed Jews cannot welcome intermarriage. And Chabad is no exception. But while our opposition should remain a part of our unchanging beliefs, it does not automatically spell out a policy. Harsher responses were more effective in the past, when Jewish identity was more tenacious while religious commitment more rare. The type of Jew that the struggle addressed is a vanishing breed and so, we must adapt to the new reality. It makes no sense for today’s policies to reflect yesterday’s fight. And because Chabad is exposed to what’s actually out there, they have already adapted. They have long discovered that today’s focus cannot be on how to prevent intermarriage. Rather, it must be on what to do afterwards.

Here’s a talkback found on the official Chabad website:

The fact of the matter is that we are not living in 1800 anymore. Intermarriage is not the exception, it is the norm. The Jewish community can either have a positive, welcoming attitude, and encourage intermarried families to explore and deepen their Jewishness (this is the approach normally taken by Chabad emissaries), or they can take the approach.. which I will paraphrase as, “Unless you’re willing to do an ultra-Orthodox conversion and change your whole life, don’t even bother trying.”

In the pluralistic societies that we live in, we have much to gain by making both partners of an intermarriage feel welcome. That is not the same as condoning their marriage. Welcoming them is how most observant communities have learned to relate to Shabbat desecrators. We don’t approve of this particular behavior, but are able to see that there is more to them than just the fact that they desecrate Shabbat.

Nor does Chabad limit its acceptance to individual Jews that don’t know any better. They also work with non-Orthodox rabbis and congregations, based on the conviction that we ultimately have more that binds us than what separates us.

Frankly, I’m not always so good. Judaism is of utmost importance to me. And when I feel others are destroying it, it is not always easy to be nice. This is fairly characteristic for people that truly care about something. And it is as true for committed liberal Jews as it is for the Orthodox. But the important fact that Chabad manages to keep in mind when most of us don’t is that no one is intent on destroying anything. Mistaken perhaps, ignorant of certain things most likely, but no one here is evil.

The last conviction is no easy feat, but unless we want to continue going from one crisis to another, it may be the only way to move forward. We will not always be able to make room for the other, but when people know that we are doing our utmost to do so, the entire atmosphere changes.

Can the atmosphere at the Kotel change? Here’s one way to get it to change: The Israeli government often opens up areas of activity to private groups and contractors. Perhaps it should do that with the Kotel; it should solicit proposals and see which organization could come up with the most compelling solution. Of course, I don’t really expect this to happen. But if it did, I would not be surprised if the winning proposal came from Chabad.