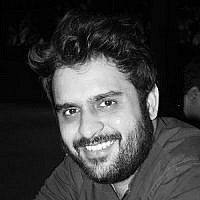 The Blogs
Nikhil Chandwani
Apply for a Blog
Advertisement
Please note that the posts on The Blogs are contributed by third parties. The opinions, facts and any media content in them are presented solely by the authors, and neither The Times of Israel nor its partners assume any responsibility for them. Please contact us in case of abuse. In case of abuse,
Report this post. 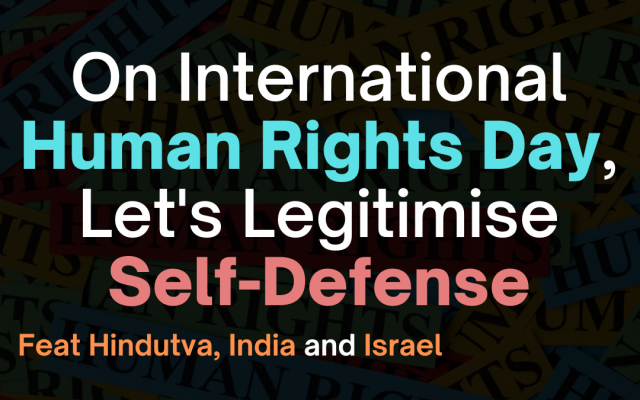 Today is International Human Rights Day. This year’s Human Rights Day theme relates to ‘Equality’ and Article 1 of the UDHR – “All human beings are born free and equal in dignity and rights.”

The principles of equality and non-discrimination are at the heart of human rights. However, the current narrative propagated by International Human Rights Organisations is unequal with a soft corner for the aggressor.

Around 60,000 Hindu temples were demolished in the last 1,000 Years in India. Numerous places across the Indian subcontinent lost their culture, name, indigenous past, and history due to the invading tyrants who slaughtered Hindus mercilessly.

The etymology of Kashmir is traced to Rishi Kashyap (also called Kashapa), a Manasa Putra of Bhagwan Brahma, the creator of the universe. However, terrorists and Islamist insurgents have driven away Kashmir’s original inhabitants. The Malabar genocide of 1921 resulted in numerous deaths in Kerala. According to one estimate, more than 10,000 Hindus were killed brutally in the religious genocide against Hindus.

The international Human Rights Organisations, with tails between their legs, have underreported incidents. Even today, they fail to address numerous atrocities against Hindus, especially in rogue nations like Bangladesh and Pakistan. When help doesn’t exist, you help yourself.

Veer Savarkar joined the Hindu Mahasabha and popularized the term Hindutva (Hinduness) to form a collective “Hindu” identity as the heart of Bharat (India). . Hindutva means to fight back against atrocities. Hindutva is our self-defense against thousands of years of oppression. Does it make us wrong to choose self-defense? Human Rights Organisation should realize this before writing long-forms against Hindutva. Hindutva is not an aggressor. It’s our wall against militants.

Lebanon, Syria, and Palestine are known to carry out suicide blasts in Israel. There have been numerous instances of a rocket fired at Israel from these regions. International human rights organizations fail to call out the aggressor and keep their mouth shut. However, when Israel retaliates in self-defense, the news platforms, taking citations from Human Rights Groups, start the information war against the Jew Nation.

Israel-Gaza went on a short war recently. Israel committed war crimes, according to the rights group. How? By avenging rockets with rockets. Self-Defense is not a human right violation, and human rights watchdogs must acknowledge this.

About the Author
Nikhil Chandwani is an author of 13 Books, TED(x) Speaker, and Founder- Writers' Rescue Centre. He was recently awarded the Rashtriya Gaurav Award in 2019 (The Indian National Award) for excellence in social entrepreneurship. His firm, Writers' Rescue Centre has given voice to over 211 individuals in India through a Gurukul System. Nikhil is also a Visiting Professor with leading Indian Universities.
Related Topics
Related Posts
Comments