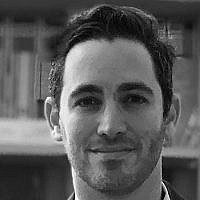 The Blogs
Amit Lev-Brinker
Apply for a Blog
Please note that the posts on The Blogs are contributed by third parties. The opinions, facts and any media content in them are presented solely by the authors, and neither The Times of Israel nor its partners assume any responsibility for them. Please contact us in case of abuse. In case of abuse,
Report this post.

Current system is the reason for chaos

The last two and a half years have decisively demonstrated that Israel’s form of government no longer works for its 9 million citizens, who come from sectors with varied and even colliding interests. After a prolonged crisis that has exposed and exacerbated tensions among the country’s citizens, among the priorities for a new and stable government should be finding a way to avoid a repeat of what we’ve just been through — and that requires nothing less than a reform of the system of government itself.

The coalition-based form of government, based on the UK’s Westminster model, is problematic. Horse-trading is an inevitable part of the democratic process, but normative political bargaining has given way to pressure and extortion. The separation between the executive and the legislature, the Knesset — which is supposed to oversee and direct the executive — has eroded into fine dust.

In the current form of government, a candidate who receives the mandate from the President, whether be it directly or by the Knesset’s recommendation, forms a government that must then secure a majority in a vote of confidence. From this moment on, the only way to topple the government without dissolving the Knesset is by a constructive no-confidence vote, which requires at least 61 members of Knesset.

One way to prevent this is to change the law and determine that the person who heads the biggest party in the Knesset is the person who will become the Prime Minister, without a need for a vote of confidence. This way, there is no need to trade budgets, benefits or “coalition funds” to preserve or attract partnerships, and maverick MKs cannot extort an entire country with the threat of becoming the 61st vote for a new governing coalition.

Such a change, together with fortifying the Supreme Court’s stature, role and authority with a Basic Law, can create a huge change in the Israeli perception of governance. The government will not need to trade in bills and votes or enforce a discipline, like the amendment that was to allow gay men access to surrogacy that was voted down despite the Likud’s support of the cause — each bill will be voted upon based on its merits. The different factions will not have to calculate their steps according to future coalition options — liberal members from right-wing factions, for example, can vote to legalize same-sex marriage or public transportation on Shabbat, without fearing that ultra-Orthodox parties will break up the government or refuse to join forces with them later on.

Such a system will lead to a consolidation of Israel’s political parties into larger blocs designed to attract the most votes possible, rather than appeal to sectarian interests. We saw that happen in the 2019 and 2020 elections, when many voters well to the left of Benny Gantz voted not for the Meretz or Labor parties but for Kahol Lavan, believing (or hoping, at least) that the head of the biggest party would automatically receive the mandate to form a government.

This reform cannot work without changing the Knesset and Government Basic Laws and the mechanisms that allow dissolving the Knesset or toppling the government. Yair Lapid, for example, could head a party uniting all of the center-left under one banner, and if such an alliance secured the most Knesset seats — but not a majority — Lapid could still form a government, without the ever-looming possibility that smaller factions might topple the government by blocking the annual budget or forcing a vote of no confidence.

The integration of a government that is based almost solely on the voters’ confidence, along with a judicial branch that balances the executive and a legislature that oversees it, can help express the will of the majority (for example, in matters of state and religion) while protecting the rights of minorities (by nullifying or preventing laws that aim at silencing calls for prayers in mosques or discriminating between denominations of Judaism, for example).

No doubt, this system has its flaws, but we need to start a thorough debate about changes in how governments are formed here, or we should expect years of coalitions that work solely for their preservation and not for their voters.

About the Author
Amit is a husband, cat-dad, activist and avid political geek by day, asleep by nine.
Related Topics
Related Posts
Comments