Death and divorce prevented my brother Cooper and me from knowing our grandparents. My mother’s parents both died in 1959 before I was 3 years old, and a deep rift after my parents’ divorce led to almost no contact with my father’s family. We never saw our grandparents together other than a visit to Miami Beach when they had their 50th anniversary in 1974. Still, my grandfather Edwin, originally Isidore from Vishnivitz, Ukraine, lived long enough for me to meet him again in New York and Miami Beach and swap letters for a decade. 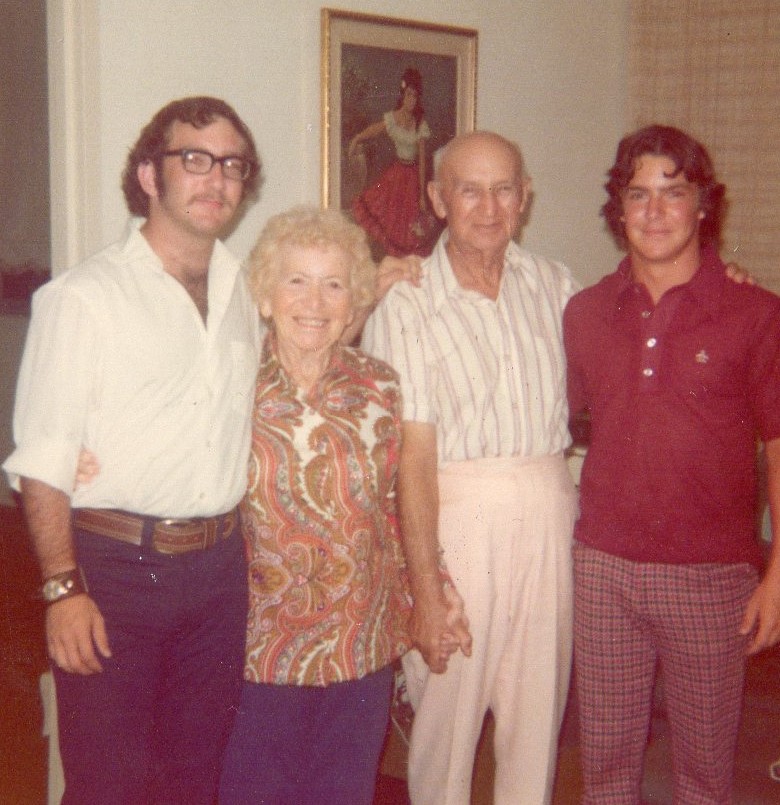 Cousins and I have recently been trading photos of our grandparents and family members going back to the 1930s. As part of this, I gathered letters from my grandfather and also his sister Pearl in Los Angeles. The letters sent by Grandad (a term that still doesn’t roll off my tongue) from Liberty Avenue in Miami Beach began in August 1982. So far, I’ve found 11 letters, the last in December 1991, when he was 92 years old. Each began with some version of the phrase “always happy to hear from you” and he often wished me “mazel.”

In that first letter from 1982, he wrote in script, mixing underlining and capital letters for emphasis.  He wrote,

I am lucky the Pace Maker is OK and I am playing golf every day and also enjoying lots of books that I always wanted to read by Harry Golden, Sydney J. Harris he is some writer just read his book (FOR THE TIME BEING). I sure enjoyed reading it. Today’s book The Making of an American by RIIS [a book by Jacob Riis that I also have]. Also Adventure Road by E. Alexander Powell. Do you think the Democrats will win the next election? Lots of mazel for the new year, Grand Dad Ed.

On December 12, 1982, he informed me that my grandmother Rea, born in Breslau, Germany, died on Nov. 21; they had been married on June 15, 1924, so that’s important documentation. I had sent him an article I wrote in November 1982 about my earlier trip to Israel for the Jewish Forward newspaper and he was sending it to his sister Pearl. It prompted him to muse “I guess it would be OK to visit it for a couple of weeks but I am not that religious to learn Hebrew and live there.” 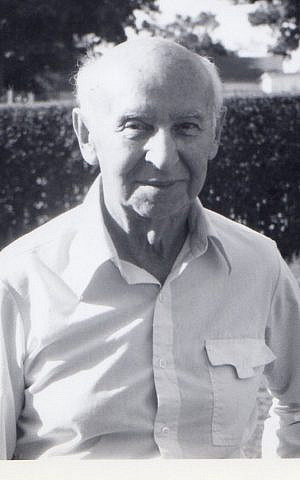 On July 12, 1983, after I lost my second job since graduating from Princeton, he wrote, “with your college background you will come out on top, it is a long hard road, lots of mazel, love, Grand Dad Ed.”

March 24, 1984, after I told him my mother had died on January 12 at age 63: “I wish to extend my sad sympathies in the pass of Mother, and what is life all about? To me it is like a long dream, here today, gone tomorrow. I am 85 years young and since the pace maker I am lucky, I gave up golf, enjoy a simple life, enjoy swimming and books, no car, no night life, it is bad in Miami Beach since all the riff raff landed here.” Riff raff, I might note, is a term I also use to describe, well, the riff raff.

New Year’s Day, 1988: “Next March 4 I will be 89 years young. I am lucky that I had a money making business [he owned a pawn shop in St. Louis] with a good Jewish wife for 58 years who helped in the store and I had made enough $$ to retire and enjoy Florida. You will always be happy with a wife that is in your line of work.”

March 21, 1991: I had written to him about books on the Soviet Union, a collecting passion of mine to this day, and I must have mentioned books I had scooped up by Maurice Hindus, whose family left Russia in 1905. Reflecting on Hindus, Grandad wrote, “When you spoke of the Soviet Union, his book is all about Russia today after 43 years of the mightiest revolution in history.”

The last letter I found was from December 10, 1991, He still had amazingly readable script handwriting: “When I stop and realize I am 92 years of age, I was lucky to be in Florida since 1952 and enjoyed playing golf with my partner Rea, for the climate here was wonderful. The thrill for you to have a HOME is mazel. Love, Ed.” He died on August 11, 1992.

I liked these letters for both the day to day observations—great golf weather, riff raff running amok in Miami Beach!—and also his keen sense of intelligence and appreciation of history and literature, along with the life lessons about finding a good partner and financial stability, and the value of a good pacemaker. These letters bring him into focus as a personality in a way that email can never duplicate. ALL CAPS and underlining? The impact just isn’t the same thing on a computer screen. Letters can last forever; I’ve seen digital technology wink out and treasured messages vanish forever.  Here today, gone into the ether tomorrow.

I can only hope I’m still dashing out notes to family members when I’m 92 and wishing for them all good mazel. 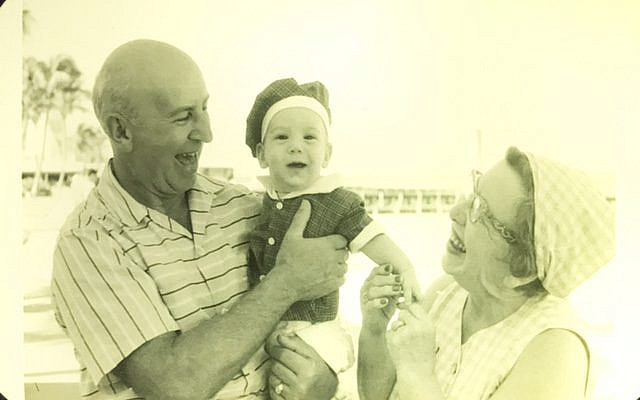 With the grandparents in Coral Gables, Florida, April 1958.
About the Author
Van "Ze'ev" Wallach is a writer in Westchester County, NY. A native of Mission, Texas, he holds an economics degree from Princeton University. His work as a journalist appeared in Advertising Age, the New York Post, Venture, The Journal of Commerce, Newsday, Video Store, the Hollywood Reporter, and the Jewish Daily Forward. A language buff, Van has studied Spanish, Portuguese, Russian, Yiddish and Hebrew, although he can’t speak any of them. He is the author of "A Kosher Dating Odyssey." He is a budding performer at open-mic events.
Related Topics
Related Posts
Comments