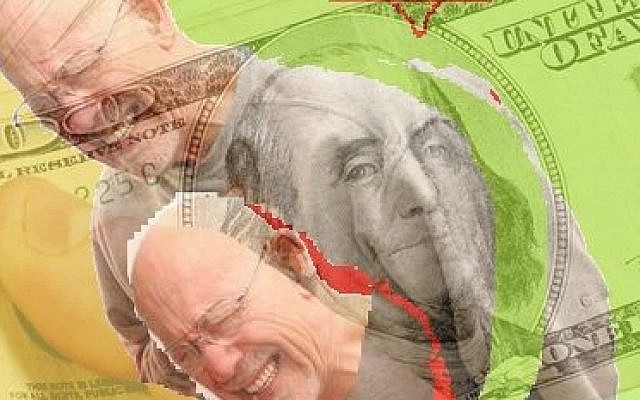 We are now heading for that time when televisions and radios will scream out with familiar rants and rhymes of political advertisements.  With that will come the typical clichés we have become so accustomed to during election seasons. Yesterday it even started with the riff between Avi Gabbay and Tzipi Livni.  How easy it is for our leaders to lose their dignity in the “hunting season”, while the advertisers use both timeworn phrases along with clever new ones.

The civil word “invective” is hardly appropriate for some of the bestial putdowns that emerge during this season.  Political advertisers have a bonanza. The ability to always generate new and exciting smears is something which is valued in the political arena.  The problem is that as much as we want to ignore it, we can’t.  It’s simply “in the air”. The political dribble will be everywhere and we, the listeners, will be held captive.

On October 11, 1987 the Washington Post published an article entitled “A Whitman Sampler of Political Invective” (published in 1856).  The piece heavily quoted a volume by American poet Walt Whitman, who was embroiled in several elections involving Franklin Pierce the then candidate Millard Fillmore and later James Buchanan. In his diatribes Whitman used the following words to describe his political adversaries: “deformed, mediocre, sniveling, false-hearted, unreliable, and  “barbaric yawp”.  Fillmore and Buchanan were described as “two dead corpses and two debauched old dis-unionist politicians“. Other terms in Whitman’s repertoire included: “robbers, pimps, malignants, body-snatchers, sponges, pimpled men, crawling serpentine men“…and much more.  We are struck by the focus: barbarism, animals, physical and mental abnormalities.  One of our greatest writers was a champion of the putdown!

According to today’s Guardian, during the 2016 American elections Romney called Trump “a fraud” and Trump he declared about Romney: “he choked like a dog“.  In today’s  HaAretz Bradley Burston said the following: “I find it distasteful that the United States is run by a creep, and that the State of Israel is run by a louse. Later Burston comments, “the president will be forced, Nixon-like, to leave with tail deeply planted between legs“. Yes, the animals don’t get away easy!…  I personally don’t have a problem with Burston’s assessments. They are actually the product of one leader’s constant lies and smears and the other’s perceived manipulations, selfishness and sneakiness.  Finally, in today’s Israel HaYom, senior Likud sources threatened, “Mandelblit will become the target of a merciless attack“.  Will it be by dogs? Hyenas? Roaches?

For a change in “climate”, in preparation for what is surely to be a roller-coaster of new political invective, I thought we could amuse ourselves with invective of another field. In 1963 the well-known musicologist and theoretician Nicholas Slominsky wrote a classic book: Lexicon of Musical Invective, Critical Assaults on Composers since Beethoven’s Time, (Seattle: University of Washington Press, 1963).  This book is remarkable from two perspectives: 1) just how inaccurate musical critics were in dealing with our great musical masters (i.e. “prophets”) 2) the actual content of the “lexicon”: the kinds of phrases used to criticize composers and their music.  The content is shocking. We suddenly see similarities between the political AND the musical invective!

So it looks as if we have a “meeting of minds” and critical “traditions”.  A lexicon of smear tactics!  In both traditions, the animals are “king”! What did Michele Obama say, “when they go lower”…etc?  To be continued…..

And some final “goodies”: