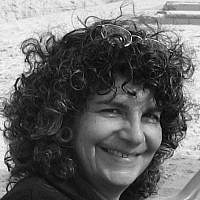 It was 27-year-old Gabe’s idea to celebrate my 70th birthday in Sinai. Son #2, Yosef, flew in from Portland for the occasion. I worried about taking our baby granddaughter, but I know responsible people who take their kids there, and while some of us were hesitant, we decided to ignore the government’s warning and take the plunge. Gabe goes regularly to “clean his head” as they say here, and has always come back in one piece. 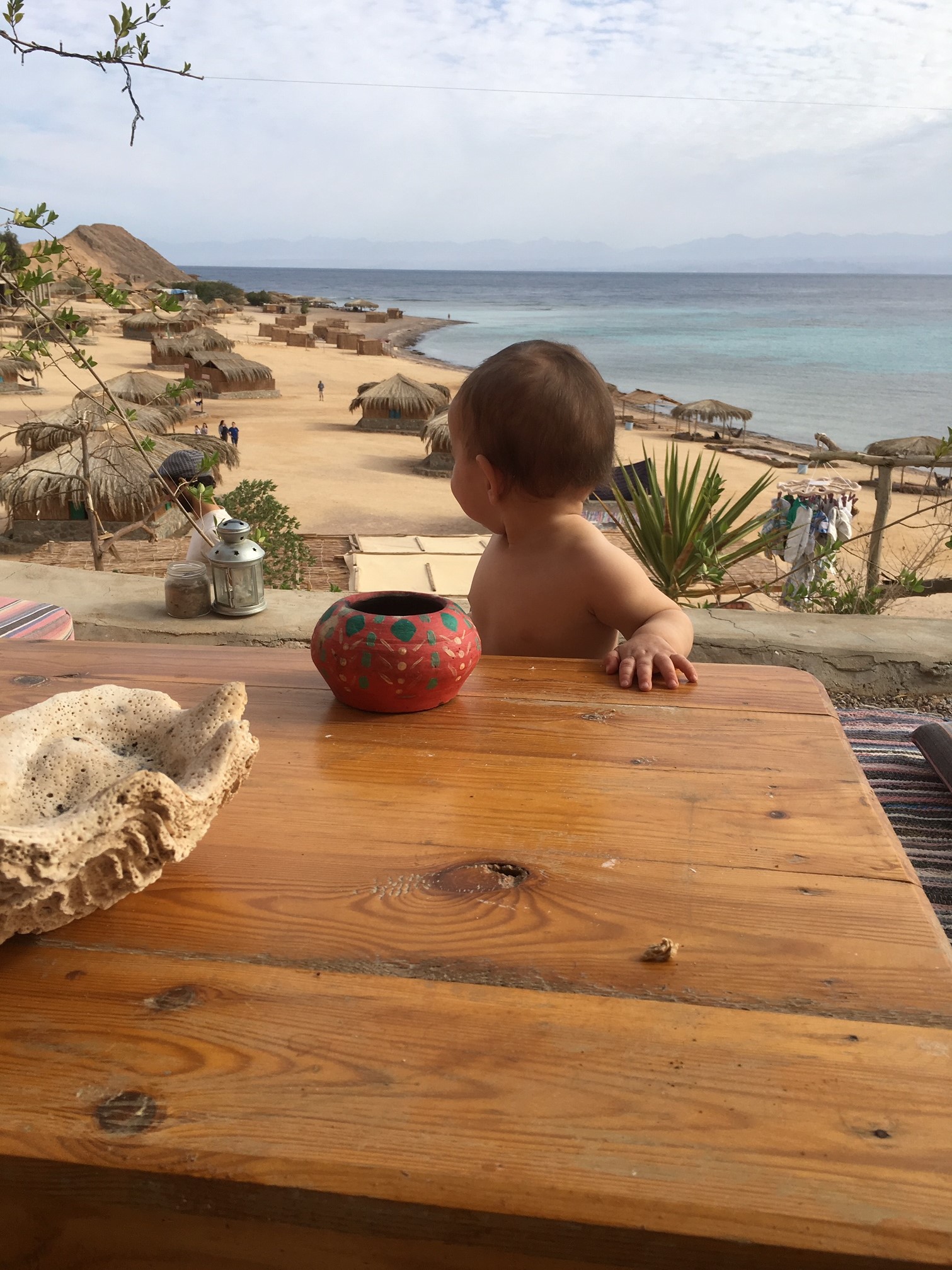 The sea was vast and peaceful, the Saudi Arabian mountains turned violet at sunset, and the weather was sunny and warm, a sharp contrast to cold, rainy Jerusalem. The “camp” we found – Moon Island 2 – was hospitable and quiet, and we all slept together in our two-room hut – which spoke to what Bob calls my “past-itis.” We ate our vegetarian meals in the central “zula” on colorful Bedouin cushions around low tables with a host of other Israeli families.

I’m taking the time to set this scene for you because something happened there – a life lesson, if you will. I realized how much of our happiness is dependent on our habits of thought.

I turned 70. A big birthday. I would have loved some heartfelt written words from each of my kids and from Bob. I’ve seen other people’s children make amazing slide shows, films or albums for their parents’ big birthdays. I didn’t get those, but here’s what I did get (in addition to all the time my kids took off to celebrate two weekends with me, including one Ilana, our eldest, organized with extended family; a couple of good novels from Bob and the thousands of miles Yosef traveled to be here:)

On my birthday itself, which was a Shabbat, we were sitting in the main zula when I said, “Oh, shoot, I forgot the sunscreen in the room” (47 steps up.) Next thing I knew, Gabe had gotten it and placed it in front of me. As we were eating breakfast, I said (probably for the millionth time in my life,) “I could use some lemon.” Without saying a word, Ilana got up, went to the kitchen and came back with a lemon, cut in half and perfect for squeezing. (One of my pet peeves is asking for lemon in a restaurant and getting thin, useless slices.)  When I wanted company for a walk, Yosef, not a big walker, immediately said he would come. Gabriel kept me supplied with my favorite plant – God’s gift to creation – and long, exploratory talks. Despite the fact that a couple of pretty, young women invited him to hang out, he chose to spend most of his time with us. 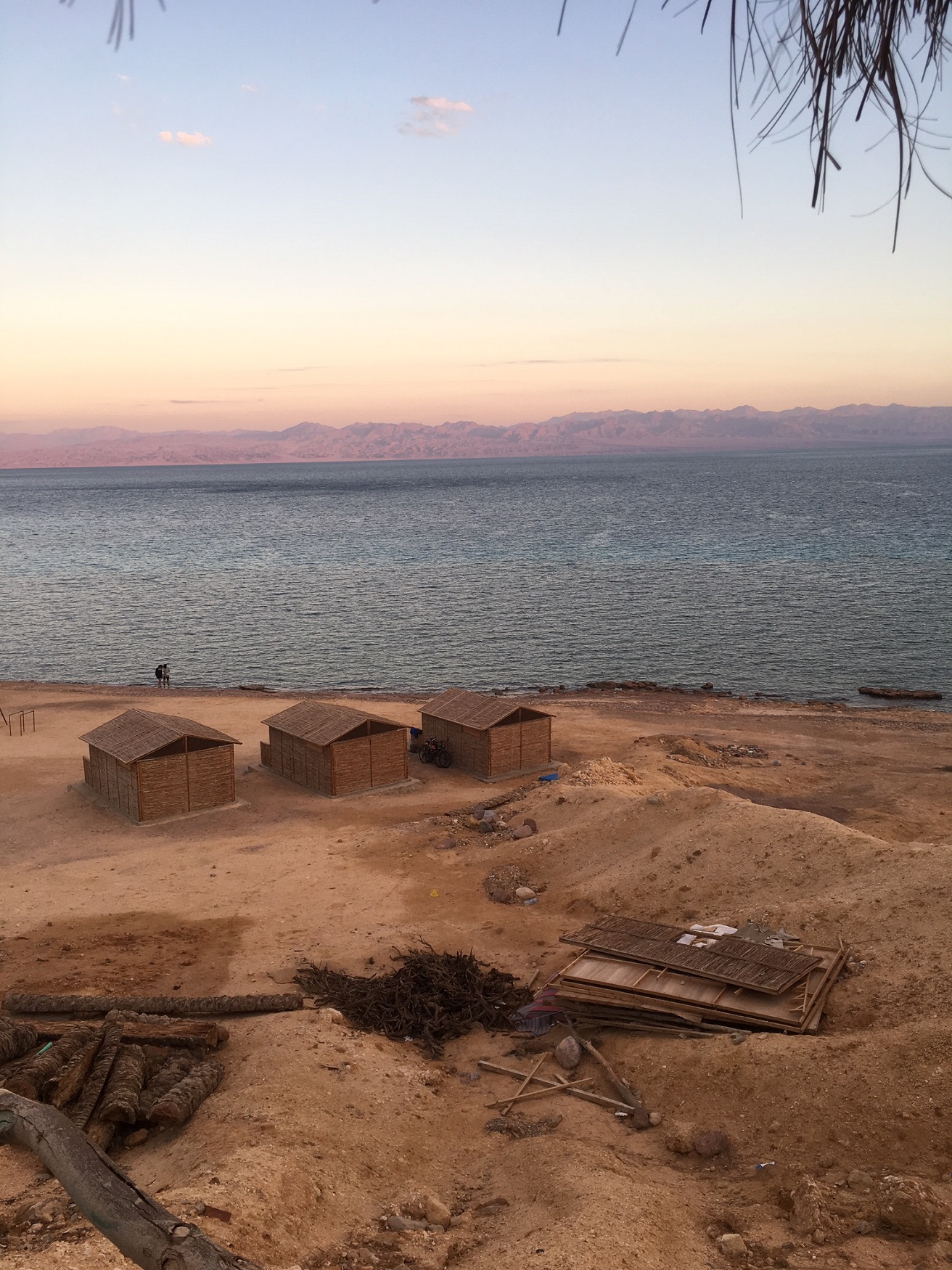 After a lifetime of complaining about my circles (“let’s go around and say…”,) Gabe organized a meaningful one for me. It’s called Ayin Tova (Good Eye) and he learned it from an expert who is helping him and other students organize team-building exercises before a smart cities hackathon they are organizing at the Interdisciplinary Center, Herzliya (IDC.) I first played this at the Honolulu Havurah in the early 70’s and it was moving and meaningful to do it with my family. Everyone takes a minute to think, then says one thing they like or appreciate about everyone else. The best part, for me, was hearing what my kids – who can be a contentious bunch – like about one another.

Here’s what I realized: I could have focused on what I didn’t get and made myself feel miserable and deprived. But by some grace, I managed – seemingly without effort – to focus on all the little – and big – things that did happen. I felt my family’s love through the actions they chose rather than wishing they had done something else. Energy follows attention, and I guess feelings do, too.

Maybe this is just another take on the old glass-half-empty-half-full dictum but I’d always thought that was an inborn perspective. You see it either this way or that way. What I now know is that you can choose.

Epictetus, a Greek Stoic philosopher that Yosef admires, said, “Men are disturbed not by things, but by the views which they take of things.” 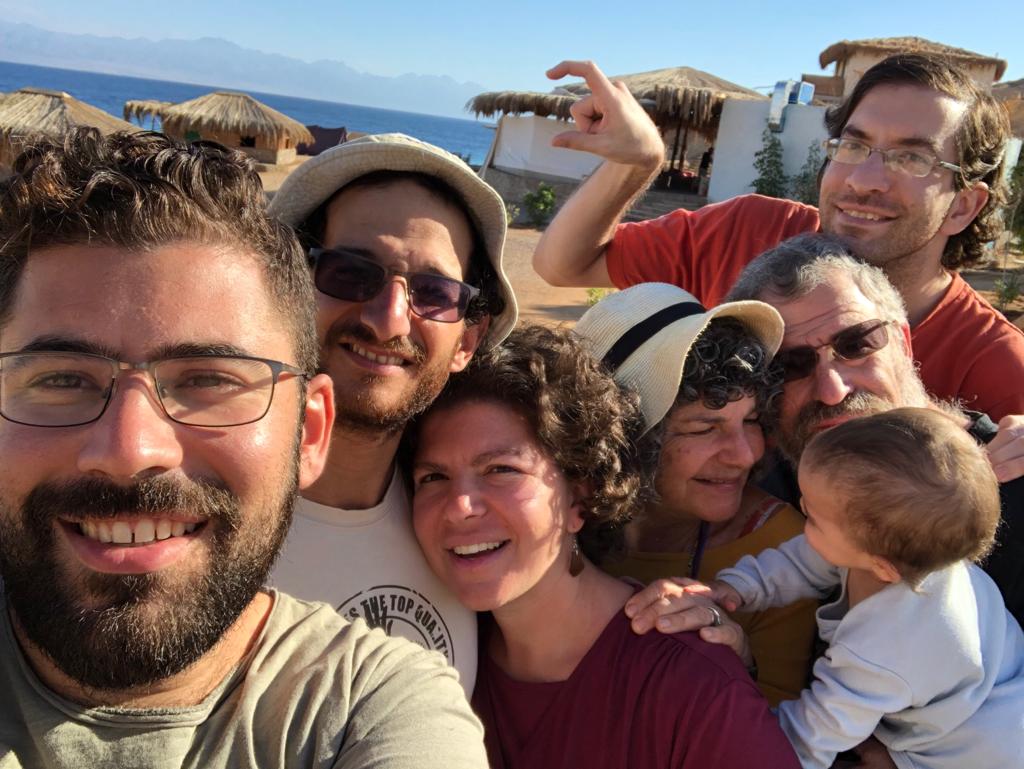 About the Author
Born to Bukharian parents in Los Angeles, Ruth Mason immigrated to Israel with her family in 1993 after a long stint in Manhattan. She is a veteran journalist and columnist who now writes for Shatil, the action arm of the New Israel Fund. A lifelong baby lover, she teaches parent-infant classes based on the RIE and Pikler approaches.
Related Topics
Related Posts
Comments