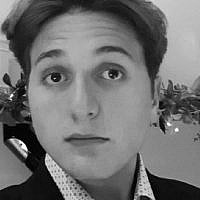 The Blogs
Aurele Aaron Tobelem
Apply for a Blog
Advertisement
Please note that the posts on The Blogs are contributed by third parties. The opinions, facts and any media content in them are presented solely by the authors, and neither The Times of Israel nor its partners assume any responsibility for them. Please contact us in case of abuse. In case of abuse,
Report this post. 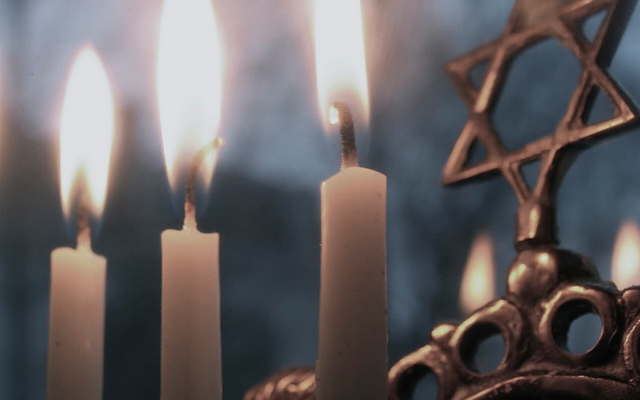 In recent years, the progress made by the Abraham Accords has demonstrated the willingness of leaders within the Muslim world, more specifically the Arab world, to work towards mutual benefit and normalization of relations with Israel. My personal experience with the fruits of these rapprochements have been particularly oriented towards the Moroccan case, a growing friendship which has inspired optimism for the future. 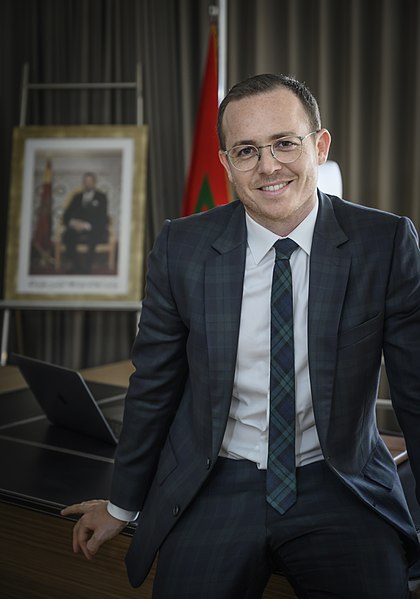 On Thursday 22nd December, I had the pleasure of attending a Hanukkah candle-lighting at the residence of the Moroccan ambassador to the UK, His Excellency Hakim Hajoui.

H.E. Hajoui was appointed in July 2020 by H.M. King Mohammed VI of Morocco, replacing his more senior colleague Abdesselam Aboudrar. At the age of 39, the ambassador’s youthful disposition reflects the wishes of the Moroccan government to have an energetic and creative mind heading Morocco’s interests in a post-Brexit, post-COVID landscape.

After walking through the cold streets of Knightsbridge, the warm welcome by the ambassador and his family felt all the more pleasant. Despite being in the heart of Central London, I found myself in a distinctly Moroccan environment. As a person of Sephardi-Jewish descent with strong familial ties to Morocco, the riad-esque architecture of the residence coupled with the donning of traditional djellabas, kaftans and fez hats by several participants made me feel truly at home.

The Jewish ceremony was conducted by Rabbi Herschel Gluck O.B.E., Chairman and Founder of the Muslim-Jewish Forum, who subsequently made a short speech: “Morocco has a very long and great history of being a friend of the Jewish people – but not only a friend of the Jewish people! The Jewish people have always been seen as an integral part of Moroccan society. There was perhaps in a certain area a little hiatus, but we’re now all back on track. As we see here tonight that Jews from all over the world are all celebrating, here as guests of Morocco, this great friendship and this great unity that exists between all the peoples in Morocco. Us Jews – the Jewish community here in the UK – we deeply appreciate and recognize this great forward leap that Morocco is doing at the moment, and we thank you deeply.”

H.E. Hajoui made an address of his own, relating his close connection with the Jewish community of Morocco. In particular, the ambassador drew attention to one key condition: “If we are here today, it is thanks to the enlightened vision of His Majesty the King [of Morocco] as we celebrate the Festival of Light, and it’s a unique model of tolerance and co-existence.”

The ambassador further recounted a conversation he had with André Azoulay, the prominent Jewish senior advisor to the Moroccan sovereign. Azoulay pointed out that the amber-colored ‘Belisha beacons‘ which line the pedestrian crossings of the UK owe their widespread application to Lord Leslie Hore-Belisha, a Jewish politician of Moroccan origin who served as Minister of Transport under the MacDonald and Baldwin governments of the 1930s. I could not help but think of Isaiah’s ancient conception of the Israelites as a ‘light unto nations‘ – his prediction seems to have been quite literal.

Both addresses were followed by rounds of applause and murmurs of agreement. The ambassador then took the opportunity to re-bestow the orange-sashed medal designating the Order of Ouissam Alaouite, among the highest service decorations in Morocco, upon Sydney Assor. As a leading representative of the Moroccan-Jewish community, Mr. Assor has made great strides in interfaith cooperation, notably between Muslims and Jews in the UK, over a span of more than 30 years.

The award had originally been presented to Mr. Assor in 2016 by former Moroccan Ambassador to the UK Princess Lalla Joumala, but according to Mr. Assor it was misplaced shortly afterwards. He was overjoyed to have been restored with his truly deserved award, and his experience underlines Morocco’s renewal of its historic commitment to interfaith dialogue and friendship.

The rest of the evening was filled with lively conversation, Moroccan delicacies, and even singing. Had I not known otherwise, I might have assumed I was at my own Shabbat table. Suffice to say, the experience was a source of great optimism for what lies ahead.

Whilst its neighbors in the Maghreb (namely Algeria and Tunisia) swim against the tide of peace with Israel, Morocco has not forgotten the Jewish contributions to its rich history and culture – a driving force behind its changing diplomatic relations with the Jewish state.

Sceptics may point to the revitalization of Pan-Arab and Pro-Palestinian sentiment during the recent and controversial World Cup in Qatar, especially by Moroccan athletes and fans, as proof that some within the Arab population will continue to resist normalization with Israel. However, it is important to consider that actions undertaken in the emotive and strong-spirited climate of enormous football tournaments are not inherently reflective of an underlying political reality. Events in Qatar may have presented a missed opportunity to simulate the intended trajectory of the Abraham Accords, but such an outlier is unlikely to reproduce itself.

To surmise, the Hanukkah experience at H.E. Hajoui’s residence has established a target model for close-knit social interactions between Arab Muslims and the Jewish community. The current diplomatic climate has played an essential part in re-connecting Jews to their Arab counterparts, and Morocco is one of the countries leading the charge. Among the many miracles of Hanukkah is the empowerment of Ancient Judeans in the face of colonial oppression, dispelling fear and restoring prosperity to the land of Israel. In the modern context of the Abraham Accords, the Hanukkah miracle is that the Jewish state has greater freedom to establish lasting friendships with its neighbours as a new sun rises over the Middle East and North Africa.

About the Author
Aurele Tobelem is a first-year History student at King's College London. A Sephardi Jew of French-Moroccan origin, he is predominantly concerned with exploring and documenting Jewish relations in the Middle East and North Africa. He is a member of KCL Israel and Young Harif and is open to working with other organizations to have fruitful discussions about Israel and the future.
Related Topics
Related Posts
Aurele Aaron Tobelem