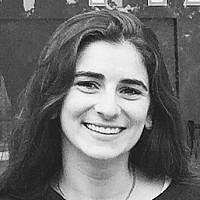 The Blogs
Samantha Resnik
Apply for a Blog
Advertisement
Please note that the posts on The Blogs are contributed by third parties. The opinions, facts and any media content in them are presented solely by the authors, and neither The Times of Israel nor its partners assume any responsibility for them. Please contact us in case of abuse. In case of abuse,
Report this post.

When I first got to the University of Pennsylvania, I was overwhelmed by the size of everything. The campus was huge, my lectures were packed, and I was surrounded by thousands of new faces without the comfort of a familiar social network. I wanted to find a community that would make Penn smaller for me and more accessible.

At first, when I thought of Penn Hillel, the Jewish campus organization, I felt I was not religious enough to be a part of that community. I’m a proud Jew, but I have never been very religious. I identify more with Jewish culture and history than religion. I assumed that Hillel would not be a good fit for me for this reason. Looking back, I realize how wrong I was in my initial assumptions about Hillel.

In my second semester, a friend told me about a group she participated in at Hillel. She explained that it was not a religious group and was open to anyone who identified as Jewish. This group involved a mixture of discussion and community building.

My friend introduced me to the Rabbi at Hillel who led this group–Rabbi Josh. As I got to know Rabbi Josh, I learned about Hillel’s Jewish Renaissance Project (JRP), a program that welcomes Jewish students who are not particularly religious. JRP helps these students grapple with questions of Judaism in the modern world. The groups housed within this program address what it means to be Jewish on campus, how to understand what is going on in Israel, and many more philosophical and social questions relevant to young Jewish college students.

I joined one of the JRP groups my sophomore year. Though initially skeptical, I was pleasantly surprised at how the community welcomed everyone involved. The conversations we had were enriching and engaging. Rabbi Josh created an open atmosphere that led to honest dialogue about our Jewish identities. We talked about Jewish perspectives on sex and sexuality, how our familial backgrounds shape our understanding of Judaism, and how we can remain connected to our Judaism in a way that works for us.

One of the most amazing things about this community was the richness and diversity of opinion. Every voice was heard and actually listened to, no matter how much it differed from the other voices around the table. When we discussed the rise of anti-Semitism in Europe and whether Jews should move to Israel or remain in Europe, I shared my belief that it is crucial for Jews to remain in Europe. I felt that this proves to the world that Jews belong in their native communities. Other students felt these Jews would be safer in Israel. It was important for me to hear the other side of the argument and think about an issue in a way that was not black or white.

Now, as a senior in my last semester at Penn, I’m grateful that I did not have to be religious to be part of Jewish life on campus.  Rabbi Josh showed me that there is not only one kind of Judaism and everyone connects to their heritage or religion in different ways.

One of the best parts of my week is when I walk into Hillel and sit down with Rabbi Josh and reconnect with the other Jewish students in this community. These are students, who like me, made Penn a bit smaller through this community. They are other students struggling with the same questions I’m struggling with, with a desire to acknowledge their Judaism, but in a way that makes the most sense to them. At Hillel, I found a place where I can live a Jewish life my way, whatever that may mean.

About the Author
Samantha Resnik is a graduate of the University of Pennsylvania. She now lives in Tel Aviv, Israel.
Related Topics
Related Posts
Comments