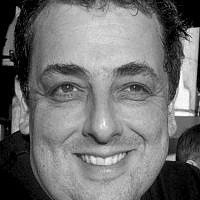 The charge made against Livingstone is that in a series of interviews he misrepresented incidents of anti-Semitism as mere ‘criticism of Israel’.  He wanted the public to believe that accusations were made in a disgraceful attempt to silence support for Palestinian rights and to smear Jeremy Corbyn.

Those defending rape used to blame the victim, saying she was wearing a short skirt and she asked for it.  Livingstone blames anti-Semitism on Israel, saying that it asks for harsh treatment and that it cries wolf to mobilize a kind of depraved victim power in an effort to cash out a dividend from the Holocaust.

Livingstone minimized and defended MP Naz Shah’s claims that Israel was like Hitler, that Israelis should be ‘transported’ and that ‘the Jews’ were ‘rallying’ to fake a poll.  Naz Shah had admitted anti-Semitism and she had apologized.  But Livingstone still denies it.

Livingstone said that when Hitler first came to power, he ‘was supporting Zionism’ ‘before he went mad and ended up killing six million Jews’.  Livingstone has a history of comparing Jews to Nazis; he once published a cartoon of Menachem Begin in an SS uniform and he once accused a Jewish journalist of being like a German war criminal.

His formal defence, submitted to the Labour Party, begins with an explicit re-articulation of the Livingstone Formulation: Labour’s opponents, he says, have been trying to falsely depict it as anti-Semitic.

But there is a consensus within the Jewish community that there is a problem of anti-Semitism in the Party and that this is connected to the politics of the leader, who campaigns to boycott and demonize Israel and who thinks of anti-Semitic terrorist groups as ‘friends’.

Most Jews are cast by Livingstone as enemies of the Party, like Tories and like ‘Blairites’.  In a reversal of the Macpherson Principle, Livingstone denounces the community which says it experiences racism as dishonest and self-serving.  In a perversion of the Macpherson Principle, he offers a series of ‘as a Jew’ references from the tiny minority who support him; they parade their Jewish identities in their eagerness to give evidence against the mainstream of the Jewish community.

For Livingstone, these denials and counter-accusations in the face of the issue of anti-Semitism define him as being on the side of the angels; anyone who sees it differently is accused of making ‘vile, malicious, and public smears’. Anti-Semitic speech is defended; those who oppose it are portrayed as enemies of the Party.

On the question of Hitler ‘supporting Zionism’, Livingstone stamps his feet like a very little boy and clings onto the insistence that he did nothing wrong.  But we know that Zionism was a response to anti-Semitism while Hitler was a supporter of anti-Semitism; Zionism sought to create a means of Jewish self-defence while Hitler sought to murder every last Jew.  He was not a supporter of Zionism.

The overwhelming majority of Jewish people identify, in one way or another, with Israel.  Livingstone’s career-long campaign of accusing Jews of being like Nazis is disgraceful and anti-Sememitic; it done in the full knowledge that this accusation is experienced as Jew-baiting.