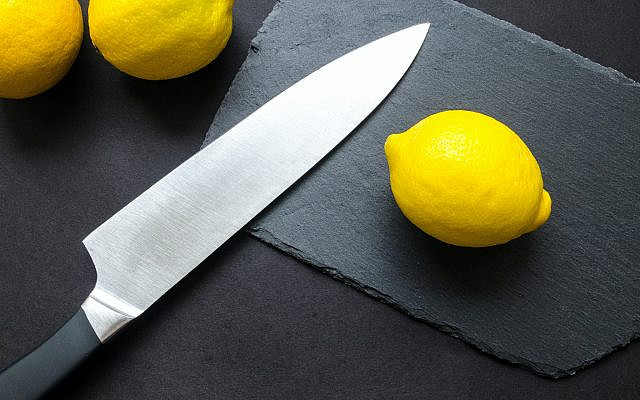 Will This Blog Be A Lemon? (Free to Use Photo by Lukas from Pexels)

This morning, I read the newspaper. There was not much good news on offer. Perhaps I should have read last year’s paper; life was better then. The television was talking to itself in the background but did not seem to have anything new to say. An invisible virus has grabbed all the headlines and seems to be here to stay.

I casually picked up a knife to cut myself a slice of cheese. And there, along the blade, was an inscription that caught my attention. The name – toolswiss, in large letters – was strange enough. And it was followed, in much smaller letters, by Made in Germany. Why a knife, claiming to be Swiss, should be made in Germany, was not clear.

But the real puzzle was the detailed information:
Top Quality 54-60 HRC I DIN1.4116 100MM (4.00”)
The Top Quality bit was easy. Have you ever seen a product that claimed to be Bottom Quality?

But 100 mm is not 4.00 inches. This doesn’t say much for Swiss devotion to accuracy. In fact, 100 mm is 3.93701 inches; there was easily enough room on the blade to get it right.
There are several possibilities for HRC. I quickly dismissed the Human Rights Council that seems to think that Israel is occupying palestinian land. The Honda Racing Corporation would be much more interesting, but I couldn’t see any connection to my knife. But I will try to solve this mystery; I will take a stab at it.

The U.S. Army Human Resources Command tells me that it now has a new, memorable toll-free number. I would ask them, their commandos must know about knives, but I have already forgotten their number, not as memorable as they hoped.

But the answer is simple – HRC is Hot-Rolled Steel. Steel is rolled at a temperature above its recrystallization temperature. This is usually around 1000° F. The steel becomes more flexible and can be formed and shaped.

Sharp-eyed readers will have noticed that my blog carries a two-edged message. But, however you cut it, a knife is just a knife.