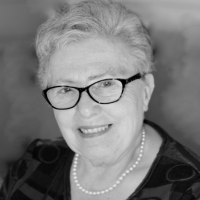 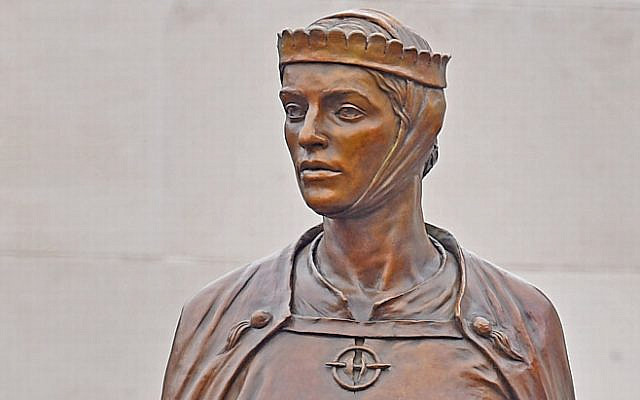 May 2022 is Jewish-American Heritage Month—a time spotlighted for reflection on topics that we might lose sight of during the busyness of our lives. In addition to the personal details of how our family stories have led us to where we are today, let’s take the time to reflect on our communal ancestors. This May I am especially struck by the stories of two women—one well-known, the other lost in history until recently: Henrietta Szold and Licoricia.

Born in 1860, Henrietta Szold is truly remarkable. After completing high school, she worked as an educator—becoming the first to establish a night school for immigrants. She spent many years at the Jewish Publication Society and was involved in writing, editing, and publishing important works. She is best known now for her Zionism, for being the founder of Hadassah, the Women’s Zionist Organization of America, for the establishment of the Hadassah Medical Organization in Israel, with its two world-class research hospitals, and for saving many children’s lives during World War II through Youth Aliyah. Today we are fortunate that her life is well-documented and that she can be revered as the work she began with Hadassah continues to this day, extending a helping humanitarian hand even to war-torn Ukraine.

What a contrast there is between what we know of Szold’s life and that of Licoricia, a thirteenth-century woman in England! You will not be alone if you ask, “Who?” Until recently, Licoricia has been one of the many Jewish women lost from history. She is suddenly enjoying a burst of very late fame because a statue of her with one of her children has just been erected and unveiled on the interestingly named “Jewry Street” in Winchester, England (about sixty-five miles southwest of London).

True or False: A thirteenth-century king of England intervened in the operation of a Beth Din [Jewish religious court] to ensure that a favored financier was granted a divorce so he could marry his lady love. The answer: “True.” This is only one of the surprising facts about Licoricia.

I first discovered Licoricia while researching my novel about a fictional Jewish woman in medieval times—Rebecca of Salerno: A Novel of Rogue Crusaders, a Jewish Female Physician, and a Murder (She Writes Press, Aug., 2022). I learned that medieval women could have much more complex and accomplished lives than people typically associate with those times. This narrowness of vision is very much a function of how much history has been lost.

The historian Robert Stacey, at the University of Washington, identifies Licoricia as “the most important Jewish woman in medieval England.” (Bartlet, Suzanne; Skinner, Patricia (2009). Licoricia of Winchester: Marriage, Motherhood and Murder in the Medieval Anglo-Jewish Community)

Of course, it’s difficult to judge that statement given the paucity of stories of any Jewish women of that era. But who was this woman and why is she now being so recognized in Winchester? Well, her true story reads like an implausible movie script.

Let’s start with her name—Licoricia. It turns out in the early thirteenth century, it was fashionable for baby girls in England to be graced with such extravagant names. Other examples include Saffronia, Almonda, and Preciosa.

In our movie, Licoricia’s first appearance (based on when her distinctive name first showed up in official records) came in 1234, when she was identified as the widow of Abraham of Kent and the mother of three sons and a daughter. A faithful member of her Jewish community, she also interacted with her Christian neighbors in Winchester. She and her husband had been part of the small number of Jews involved in the most elite levels of money-lending—meaning that her clientele came from the highest echelons of English society. As is well known, moneylending was then one of the small number of ways a Jew could make a living.

The records next pick Licoricia up in 1242, when she married her second husband, David of Oxford, perhaps the richest Jew in England. The story of this union is indeed movie worthy, because complicating Licoricia and David’s wedding plans was the fact that he already had a wife, Muriel. She apparently objected to David’s plan to divorce her. Even though Jewish men usually do not have to deal with opposition in issuing a religious divorce (a get), it appears Muriel’s resistance did have some traction. King Henry III intervened in the Beth Din in order to ensure that Muriel did not prevent David’s divorce and remarriage, presumably contributing to the happiness of the king’s highly favored financier. A medieval English king meddling in the dealings of a Beth Din? Hard to imagine.

But the fantastic elements of this story continued to accrue. Shortly after the birth of their son Asher, Licoricia’s new husband died. King Henry then popped up again. In order to execute his claim on David’s estate, the king “invited” Licoricia to stay in the Tower of London. To be freed, she paid thousands of pounds to the king, which he used to help build Westminster Abbey. Let the camera now pan between images of the Tower and the Abbey—and then zoom in on Licoricia’s statue serenely viewing both.

After her release from prison, Licoricia returned to Oxford, where our movie can skip along the next thirty years while she ran her late husband’s financial businesses and started new ones of her own. In addition to King Henry, Licoricia’s client list included the king’s wife, Queen Eleanor of Provence, and other notable nobles. Oh, and her career was punctuated by several more imprisonments, for similar motivations to that of the first.

As the thirteenth century unreeled, the situation for Licoricia as for other Jews in England became harsher—with increasing taxation and other punitive measures. The reign of Edward I, who assumed the throne in 1272, marked a further decline in the lives of Jews, eventually leading to their expulsion from England in 1290. Licoricia, however, did not live long enough to be expelled. The movie ends in 1277 with Licoricia and a Christian female servant bring found brutally murdered—a case that was never solved.

Licoricia’s story is becoming better known now, with the unveiling on February 10th, 2022, of a bronze statue (licoricia.org/sculpture). She is depicted holding the hand of her youngest son, Asher. The statue was created by Ian Rank-Broadley, who won a wide-ranging competition for this honor. In the absence of images of Licoricia and her son, Rank-Broadley used his Jewish daughter and grandson as models. The inaugural ceremony included members of the Jewish, Christian, and Muslim communities. Prince Charles had been scheduled to speak but was quite disappointed when he had to cancel due to a diagnosis of Covid.

The statue’s plinth bears the words from Leviticus 19:18 (“Love thy neighbor as thyself”), inscribed in both English and Hebrew. Having this statue appear at a time when there are heightened tensions between different ethnic groups is seen as a hopeful message for people to work together, to reconcile despite differences. We hope that seeing a model of a woman who combined the challenges of motherhood and a powerful career at a period of unrest and bigotry can be inspirational in our era.

Let us also hope that this is just a start in discovering and honoring women lost in the shadows of history. May we be inspired by more Licoricias who have led their communities since Mother Eve first held out the apple. May they join the rolls of heroes like Henrietta Szold to further enrich the grand Jewish story. 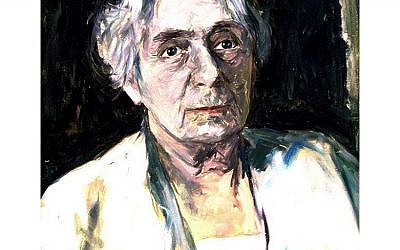 Portrait of Hadassah Founder Henrietta Szold. Artwork courtesy of The National Portrait Gallery, Washington, DC
About the Author
Esther Erman, a Life Member of Hadassah Central Pacific Coast, was born in Germany very soon after World War II to two Holocaust survivors from Poland. Learning English as a second language in kindergarten inspired her to write a dissertation about Yiddish. She eventually earned a doctorate in language education from Rutgers University. A writer, teacher, and a proud mother and bubbe, Esther now lives in the San Francisco Bay Area with her husband. She loves to read, cook, bake, knit, and quilt. She also loves to travel, especially to be with family in Chicago, New Jersey, and Yorkshire, England. Esther aspires to highlight the challenges, dreams, and accomplishments of strong women in her writing—such as Rebecca, the heroine of her novel, Rebecca of Salerno: A Novel of Rogue Crusaders, a Jewish Female Physician, and a Murder, being published August 2022 by She Writes Press.
Related Topics
Related Posts
Comments