What really caught my imagination was his definition of love as an expression of giving: “In the very act of giving, I experience my strength, my wealth, my power.… I experience myself as overflowing…alive, hence as joyous”. Giving, Fromm says, is more joyous then receiving because it is the expression of my aliveness, my vitality, my humanity. This spoke to me because giving is the very essence of loving in Jewish tradition. The very word for love in Hebrew, Ahava, has the same root and connotation as the word for giving in Hebrew, Hav.

One of the earliest biblical stories describes how Isaac married Rebecca and only then loved her. The early 20th century Talmudic Scholar, Rabbi Dessler, says this indicates that giving precedes and produces loving. In the romantic tradition of love you give to the one you love, in the spiritual tradition you love the one to whom you give. The more you give, the more you love. And in the act of giving, you discover your own potency.

Each year Tu B’Av, the fifteenth day of the month of Av, is celebrated in Jewish calendars– especially in Israel – as a day of love similar to Valentine’s Day. It is also touted as a great day for weddings. It gets this name because in ancient times (before the destruction of the Temple in 70CE), it was a day for hooking up with a marriage partner. The earliest reference to it is in the Mishna (Taanit, 4):

There were no happier days for the people of Israel than the 15th of Av and Yom Kippur since on these days the daughters of Jerusalem would go out dressed in white and dance in the vineyards (where the young men would gather) saying ‘Young man, consider who you’re choosing to be your wife’.

This week’s Parasha  with the second paragraph of  the “Shema Yisrael” passage echoes the commandment from last week: “And you shall love”. Love holds us together as a Jewish people: our love of God, our love for our neighbour and our love for a stranger. These are the three fundamentals for building a good and just society, the three love commandments of the Torah.

It’s rather unfortunate that our detractors have perpetuated the myth that Judaism is a religion of law, not love, that we’re more preoccupied with contracts than compassion, justice than forgiveness. It’s also sad that you don’t hear much about love in our shules and batei Midrash. Sometimes I wonder if we’ve bought into the lie of our enemies.

“You shall love” isn’t just a statement, it’s an imperative, a mitzvah, and it’s what defines us. It occurs 23 times in the Book of Deuteronomy – God loves us and we’re called on to love Him and others. To be clear: this is not the kind of nebulous love of fiction and rom coms or the idealistic thinking  that “Love conquers all”. Rather, this is the tough, refined love that is tempered by restraint, rightness, commitment and clarity. As the American political and social commentator David Brooks suggests: “Making a commitment simply means falling in love with something and then building a structure of behaviour around it that will carry you through when your love falters”.  Similarly, the late Lord Rabbi Jonathan Sacks observes: “Law, the mitzvot, halacha, is that structure of behaviour… we wed in poetry but we stay married in prose.”

There’s a marvellous stone sculpture in the garden of the Israel Museum in Jerusalem. It’s made of four large blocks, each a letter of the Hebrew word for love – אהבה. It’s large, powerful and evocative; it reminds us that love is the A, B, C (א, ב) of life and the beginning, the father אב, the parent of our finest impulses. It contains two references to the ה, which is God himself. It has both בה (blessed be Hashem) in it and הב (to give) because giving is the quintessence of love. Finally, the placement of the statue is arresting: the sculpture is set on a hill overlooking a Jerusalem landscape and through the letters your heart leaps at the buildings and clear sky of the sacred city. Love is the foundation of this city, the perspective of its people, and the basis of its Torah.

Let’s restore love to its rightful place in Jewish life; it is the engine of our religion, it will surely help guide us and the world out of this pandemic… 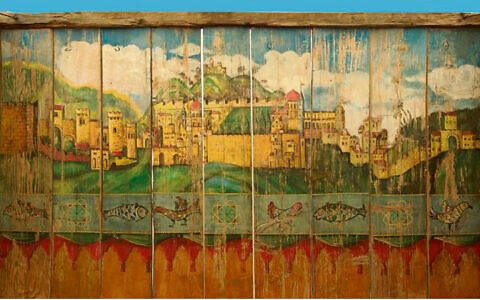 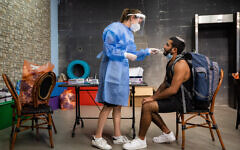 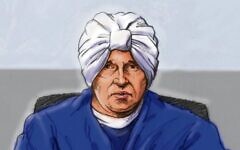 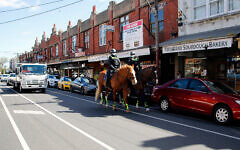 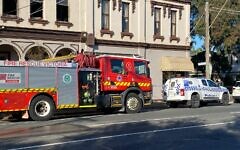 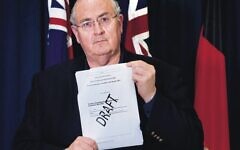