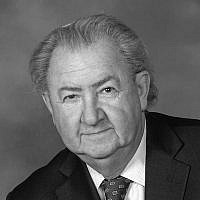 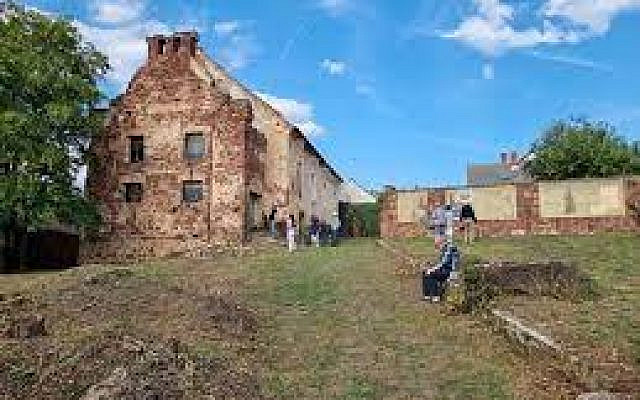 Restoration of old and abandoned synagogues has become a recent phenomenon in Hungary. Both in the capital of Budapest as well as in remote, outlying provinces, synagogues, once the center of a vibrant Jewish community, now stand deserted, alone and often ruined.

With the majority of Hungary’s 800,000 Jews murdered during the Shoah, there are precious few descendants alive today to use or care for the institutions built by their parents and grandparents over centuries. So, old synagogues throughout the country now stand abandoned.

Hungary once boasted  a Jewish presence of over 800,000 dating back over a thousand years, to the time when the Magyar nobility invited the commercially crafty Jews to settle in the land. Jews answered the call and began to establish communities wherever they settled.  Not everyone, however was enthusiastic about their presence. At times they were welcomed and at other times hated and expelled.

Despite such ups and downs they managed to develop a large and influential presence in the country.

Hungary, a primarily agricultural society, consisted of thousands of small towns and villages. As the Jews settled in, synagogues and other Jewish institution sprang up as well. While some Kehillas numbered only a few hundred, others in larger towns were in the thousands. (I grew up in the relatively large city of  Papa, of over 30,000 inhabitants. The Jewish community numbered  about 3,ooo and traced their history back hundreds of years. The Kehilla included a large Synagogue, mikve, slaughterhouse and a school system boasting of the world renown Papa Yeshiva.) The synagogues they built reflected the size of their community, at times modest and sometimes lavish.  The ever-optimistic Jews, grateful for the hospitality of their adopted country, built edifices meant to last the next thousand years.  Synagogue architecture took on a unique, Hungarian character.   The Jewish presence, even extended to the famous Lake  Balaton resort area as well.

In 1944, at the twilight of the Second World War, the hospitable Hungarians chose to deport  most of their Jewish citizens, sending close to 500,000 to their death in Auschwitz.  An additional 100,000  fell victim to the hatred of the vicious Arrow Cross, the Hungarian Nazis.

With the war over, hundreds of communities were suddenly left Judenrein, empty of Jews. The only reminder of the once vibrant Jewish life, were the now empty buildings.
With time and lack of use, these institutions decayed. Empty synagogues were seized by the government and turned into warehouses; cemeteries simply overgrown with grass. The once mighty community was gone with few left to safeguard their legacy or memory.

Today there are approximately 80,000 Jews in Hungary, mostly in Budapest. While most do not observe Jewish laws, many are sensitive to their heritage and committed to preserve the legacy built up through the centuries by their parents and grandparents.   One effort to keep the heritage from disappearing is †o rebuild and restore some of the now neglected community institutions.  The Kazinczy Street  Synagogue in Budapest, while in constant use by the tiny orthodox community,  was recently restored to her pre-war dignity.  Then a few years ago, renovation was completed on the Rumbach Street synagogue, located a few blocks away, also in the heart of the old Budapest ghetto.

The latest effort in the reclamation effort, is along the shore of Lake Balaton, in the Kali Basin.

Lake Balaton one of the most desirable vacation resorts of Central Europe, draws tens of thousands of vacationers from Hungary as well as Europe annually. As a child, I remember fondly vacationing in several villages that dotted the Lake, small picturesque and idyllic spots on the shore of the mighty Balaton. Heviz, Keszthely, Balatonfured were destinations that my father took us to each summer. Each such community had their own synagogue before the war. But by the time we visited, of course, Jewish life had ceased to exist.

The town of Kovagoors literally the “clan of the stone cutters” one of the largest villages, typifies the resorts of the area. The village boasts about 1000 inhabitants, half its size from before the war. The synagogue, typical of the Hungarian architecture, was built with a spacious upstairs lady’s gallery as well as a separate house for the Rabbi.
Built over 200 years ago  (circa 1820), it was home to  one of the largest and most influential Jewish communities dotting the Balaton region. Established in the Middle Ages, the community grew steadily. According to data in the 1929 edition of the Hungarian Jewish Encyclopedia, the town of Kovagoors with a pre-war population of 2120, had a Jewish presence of 140 members. Established in 1778, the community grew to include  nine additional but smaller communities in its orbit. Toward the end of the 1800’s, the nearby community of Tapolca became dominant, overshadowing the Kovagoors Kehilla. Despite losing their prominence,  the synagogue was renovated and a new entrance to the upstairs ladies section built.

Sharing the fate of their coreligionist in the Hungarian  provinces, the Jews of Kovagoors were also sent to Auschwitz.   There was no record of any survivors returning to live in  Kovagoors, after surviving  the Nazi hell.

The synagogue  was now bereft of her congregants. During the 60’s,  the Rabbi’s house was demolished and the synagogue itself turned over to the AFESZ Hungarian Food and Grocery chain as a warehouse. As the years passed, a succession of Hungarian companies took possession and  finally it became the property of several private owners. Among the plans to rebuild was one to turn the synagogue into a private mansion. But  the building was decayed, and no one was ready to invest in restoration.

After a lengthy legal battle to determine ownership, a February 2020 decision of a local court awarded ownership of the synagogue (by now a declared National Heritage monument), to the newly created Kali Valley Synagogue Foundation, the initiative  of  4 Budapest based Jewish businessmen, Jusztin Adam, Vikor Andras, Kelemen Csaba and Csuhay Attila, They represented the leadership of Jewish Sports in Hungary led by Jusztin Adam the President of the Hungarian Maccabi Federation VAC, responsible with fielding the squad of Hungarian Jewish athletes representing the country in the quadrennial Maccabiah Games in Israel.

Their vision was to restore the synagogue to its prewar splendor enabling it to serve as a Jewish cultural center and  meeting place.  Above all, they wanted to save the Jewish heritage and prevent it being turned into a home for rich vacationers. Plans include using the restored shul  as a concert hall, and museum, dedicated to maintaining the rich cultural heritage of the synagogue and the community it once served. Naturally plans include a House of Worship as well. Jusztin was quick to clarify that rumors of a search for a Rabbi  are, however, premature.

Recent picture of the  synagogue ruins (2006)

The restoration is expected to last several years and  will begin to host a limited number of events such as Hanukkah Lighting ceremonies as soon as feasible. First priority, explained Jusztin, was to
“ stabilize the structure, guaranteeing that it does not collapse. Then we can begin the restoration to its original condition”.

Complicating the project  is the devastating effect of the Covid 19 restrictions that effectively shut down much of the work.  Jusztin is confident that as soon as Covid restrictions are lifted, the  renovation will continue and visitors will be able to come to see the progress.

Isolated efforts of synagogue restoration are not unheard of in Hungary. What sets this effort apart from the others, is the private nature of the project. Unlike the other renovation efforts that are government funded, the work at Kovagoors is proceeding from strictly private resources.

Hungary was home to hundreds of thousands of Jews who developed a rich cultural heritage. Numerous Hassidic dynasties, named after  the small villages  where they developed their following, have branches in New York and Israel. Satmar, Puppa, Kerestir are just a few examples. It is only fitting to remember this history and celebrate it by rebuilding living memorials to it. Our grandparents would surely approve.

About the Author
Born in Hungary, emigrated to US 1961. Became USA Karate Champion and teacher. Joined the Kahane led JDL, teaching karate and becoming an activist. Received doctorates in physiology and Public Health (SUNY College of Medicine), was the Director of the Pulmonary Function and Exercise Physiology Lab at Downstate Medical Center for 30 years. President and founder of the Center for Hungarian Holocaust Education. Presently, an author and teacher of Zionism, Jewish history and the Holocaust (RAMBAM Mesivta LI). Author of "Recipes from Auschwitz-The Survival Stories of Two Hungarian Jews with Historical Insight". Amazon. www.alexsternberg.com
Related Topics
Related Posts
Comments