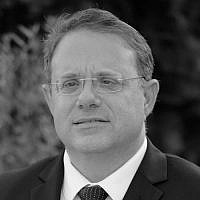 The Blogs
Yaakov Hagoel
Apply for a Blog
Please note that the posts on The Blogs are contributed by third parties. The opinions, facts and any media content in them are presented solely by the authors, and neither The Times of Israel nor its partners assume any responsibility for them. Please contact us in case of abuse. In case of abuse,
Report this post. 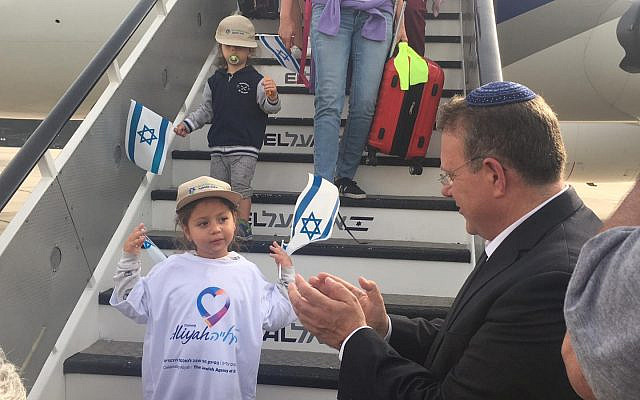 Four months have passed since the world started facing a new and challenging reality. All of us woke up to the “new normal” that has changed our lifestyle. From news of world events, international summits, technological developments, and even vacation planning, the public discourse has become one of concern for the human race. It seems that just yesterday “Corona” was just a brand of beer.

All countries, both small and large are confronting this crisis. Nations comprised of all different religions, viewpoints and ethnicities are touched. The pandemic has crossed continents and affected the health and economic condition of every citizen.

On average, the world deals with a global health crisis such as epidemics once every 100 years and an economic crisis every 20 years. History shows that despite the difficult situation the world faces, the human race knows how to lift themselves up and return to economic stability, good health and social norms. We shall G-d willing, overcome this crisis and reach the “day after.”

Unlike many articles written on the subject, I would like to address this from the Jewish and Zionist perspective. As someone who is part of the Jewish-Zionist leadership in the World Zionist Organization, I look at the reality from the angle of Israel-Diaspora relations. Yes, precisely in these days as we sit on the edge of the precipice.

As the entire world is in a state of crisis and economic turmoil, it is becoming increasingly clear that COVID-19 is affecting each country differently. Despite everything, the Israeli government’s handling of the crisis both in terms of health and finance may place Israel as a leading force in the post-crisis world economy.

The Zionist movement is also based on a vision – the vision of returning to our homeland, of immigration, of settlement, of reviving culture and language.

As we look toward the future from the perspective of what is good for the entire Jewish people, the World Zionist Organization’s planning and strategy teams are currently developing a “post-corona period” work plan. This plan would benefit the Jewish people in both Israel and the Diaspora.

In my conversations with Jewish community leaders and representatives from around the world, the growing anxiety among Diaspora Jews is evident. As a result of the corona-virus crisis, there is great fear of losing the ability to return to normal life following the economic downturn. Among other things is the question of the very existence of Jewish communities, Jewish education and the preservation of the fabric of culture and tradition.

Families who prefer private Jewish schools are now faced with the question of whether they can pay for any kind of Jewish education at all, as the cost of tuition for private institutions is very expensive. Weekend events for Jewish youth groups, summer camps, study-abroad programs and synagogue events have all been cancelled.

Today, the option of moving to the State of Israel seems far more realistic than ever. Israel, as the nation-state of the Jewish people, guarantees its children free education, a prediction of economic strength and a sense of security.

The Zionist movement and the State of Israel are founded on the principles of immigration and settlement.

In recent years, hundreds of families have immigrated to Israel and integrated into communities in Judea and Samaria.

Unlike individuals moving on their own and trying to find their way, the community immigration model, specifically in Judea and Samaria, proves itself on several levels.

In terms of absorption, families who come to Israel as groups are more easily integrated into warm, welcoming communities. Unlike major cities, community settlements in Judea and Samaria are characterized by their ability to provide family life and personalized attention in a more open and accepting manner.

More than that, those who make aliyah, bring with them a sense of commitment to their local neighborhoods and a value of volunteerism as part of the realization of their Zionist dream.

It is precisely during these times when the political discourse in Israel and around the world is focused on our historical right and presence in Judea and Samaria that we must strengthen settlement in these areas. There is no better way than the absorption of a significant number of immigrants to these communities.

The immigration and absorption of immigrants to Israel in general and to Jewish communities in Judea and Samaria in particular, is a great opportunity for strengthening our historic rights to these areas and fulfilling the realization of the Zionist vision.

Implementation of an immigration plan for Judea and Samaria will help the economy considerably. The Israeli economy, despite the crisis it is facing, is defined as one of the world’s most stable. It will facilitate the acclimatization of immigrants in the Israeli labor market. The rise of entrepreneurs and business leaders from the various countries will promote the transfer of business centers to Israel and create a tremendous impetus for the economy. Immigration to Israel and settling in communities in Judea and Samaria will help absorb countless workers in the long run, while continuing to position itself as a leader in innovation and industry.

The Zionist movement and the State of Israel have always aspired to be a beacon for Diaspora Jewry out of a shared belief in the value of making aliyah as a personal choice.

Global crises have previously been a catalyst for groups and individuals to rise up and create change. Despite the many challenges we face as a society, we must look at the overall picture in which the State of Israel will benefit from a tremendous influx of manpower, of scientists and entrepreneurs. Simultaneously we assert our commitment to our brothers and sisters in the Diaspora.

Now is the time we need to focus on our Zionist values and the State of Israel has a responsibility to prepare to absorb hundreds of thousands of new immigrants to Israel in general and Judea and Samaria in particular. Incorporating an immigration plan particularly in communities in Judea and Samaria, parallel to ending the pandemic, will result in both an economic benefit to the State of Israel and increase the idea that Israel is a home for every Jewish person.

Together we will win.

About the Author
Bio: Yaakov Hagoel has served as the vice-chairman of the World Zionist Organizations since 2015, leading conferences, campaigns and workshops around the world on countering Antisemitism and forging strong Diaspora-Israel relations. He previously headed the WZO's Department for Activities in Israel & Countering Antisemitism and was chairman of the Council of World Zionist Youth Movements as well as the CEO of World Betar. (Author photo by Elad Brami)
Related Topics
Related Posts
Comments