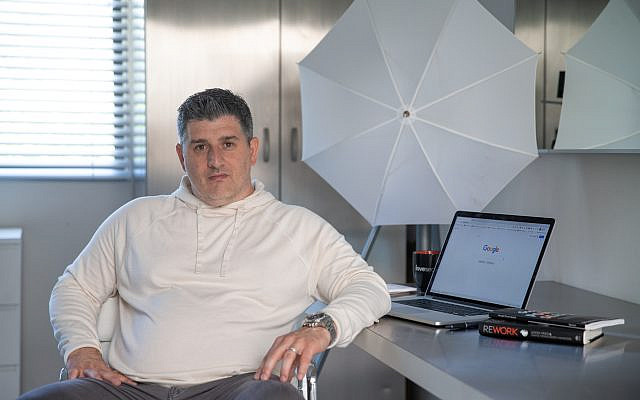 Entrepreneurs are risk-takers. There’s no disputing it. Leaving the stability of a nine-to-five job in order to pursue a new idea is as terrifying as it is inherently difficult. And beginning isn’t even the most precarious stage in developing a successful business.

Jason Hennessey, an internationally accredited expert on SEO and the current CEO of Hennessey Digital, a company which started off as a small consultancy and has now grown into a business which has held a spotlight on the Inc. 5000 list for three years in a row, points out a popular stumbling block for most companies starting out, to which he was no stranger. When he himself started off building an agency of his own, he, as any budding entrepreneur, had only one client. This client could only provide enough funds for him to support himself and his family. There was no room for imagination; there was no way he could stretch past that budget. There could be no additional hires for experts in various required fields. He was to play the role of the SEO specialist, but also that of the accountant, the manager and so on.

“You need the instinct to know to hire somebody who’s smarter than you,” Hennessey says. “The reason why most businesses fail in the first few years is you’re making these mistakes. You hire the wrong people because maybe you don’t have the budget to hire the right people or don’t know how to, or are conditioned to be someone who doesn’t like to delegate work… You have to break through these barriers before you can grow.”

And Hennessey did, indeed, grow. He eventually went on to write a book popularly described as the “holy grail of digital marketing for lawyers”. He built Hennessey Digital, creating an environment which was able to sustain itself without relying on him excessively, since he was able to overcome that ‘one-client’ barrier long ago by finding himself a team of incredible experts in various fields.

However, all these successes took time.

It all had to begin from ground zero.

Hennessey had just, in the early 2000’s, created a wedding-based website. It was then when he learned that something was missing from the puzzle. He needed an additional element to ‘break through his barriers’ – and that element was the elusive (at least, at the time) search engine optimization. He needed the skills for it, but as is the case for many entrepreneurs with big dreams, the world wasn’t about to let him have his way so easily. Early on in that decade, SEO was a rare skill, one which could not be acquired via the more traditional method of simply signing up for a class in college. Knowledge on this subject, both online and in higher education institutions, was scarce. As he recalls, “SEO was really kind of like the wild, wild West.”

However, Hennessey knew that he just needed to have this knowledge in his hands. In this sense, he, like many other current entrepreneurial giants who have earned their success, wasn’t about to allow any lack of opportunity to get in the way.

“When a student is ready to learn, a teacher will appear,” he says.

In his case, his teacher came in the form of self-education.

He bought himself Aaron Wall’s ‘SEO Book’ and read the beast from cover to cover, before doing it once more. He practiced. He failed. And then, he resorted to the book for answers before trying again. He didn’t just learn about SEO; he breathed it. Most of his free time was taken up following the latest SEO trends, reading online articles, following the journeys of SEO experts, and building for himself an extensive network in the field.

Such is the sway an entrepreneurial mind has on the world. Every idea starts from nothing, from the identification of a single problem followed by the human mind’s natural tendency to troubleshoot it. Hennessey calls entrepreneurs the ‘brave ones’ – and there is a firm truth in that statement.

In his case, nothing was going to give way to him initially. There were no extensive resources related to SEO twenty years ago. Business opportunities seemed slim. The world was ready to turn again, to leave him and his idea behind. There was only a firm belief in an idea. That, and fifty dollars in Hennessey’s pocket. That was all he needed to start.

When questioned about the struggle of maintaining a strict self-discipline while learning the subject all on his own, Hennessey appeared unperturbed. To him, it wasn’t so much a struggle to stay focused as it was a fight to retain that which he loved, and still loves. A genuine interest in the subject is what Hennessey believes is the much-needed spark for an ever-burning flame.

“If you’re genuinely interested in what you’re learning…your whole world starts to become catered to the subject you’re interested in.”

The only time he was ever tempted to quit the path he had undertaken decades ago was whenever his business struggled. Whenever a client was lost, a person resigned, or if Google came up with an update which ignited unrest amongst his clients – these were the trying moments for him. However, Hennessey’s heart had always been pointed in the direction of entrepreneurship since his college days. “I think I’m unemployable at this point,” he says. He knows where his heart is, and he has made the choice not to waver.

Perhaps every aspiring entrepreneur, businessperson, doctor, engineer, artist, or any person with a dream or an idea could take a page out of this testament to self-learning. Success is a wonderful destination to arrive at, but failure and true grit is where it counts.

“You want to fail forward,” Hennessey advises, “and you want to be one percent better than you were from the day before. Just one percent. Have strong enough skin to continue to move forward and fail forward.”

When opportunities are scarce, and where there are no doors open to us, perhaps the brave thing to do is to break a hole in the wall and to trudge forward regardless.