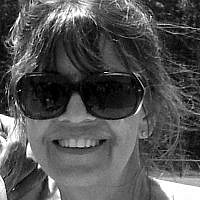 Times of Israel writer, Raoul Wootliff, in his recent article, Netanyahu to US Radio: Israelis support me despite corruption allegations, attacked radio host Mark Levin by virtue of a demeaning and derogatory dismissal, labeling him a controversial conservative “shock jock.” This attempt to discredit Levin was taken by the radio host to be an indirect effort to preemptively trash and smear him before his upcoming one hour interview with Benjamin Netanyahu, which is scheduled to air on Sunday evening on Fox TV.

In response to the characterization of Levin, the talk show host called Wootliff “a left wing fraud,” adding his disdain for the Times of Israel by stating, “if I had a bird, I wouldn’t even use you as the paper at the bottom of the bird cage. I wouldn’t want to poison my bird!” 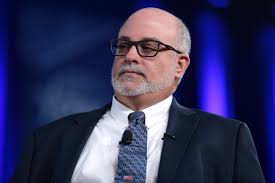 Levin, who holds Netanyahu in the highest regard, is not an individual to be taken lightly. He served as Chief of Staff for the Attorney General of the United States, Edwin Meese, during the Reagan Administration. Moreover, Levin also served as Deputy Assistant Secretary at the U.S. Department of Education and Deputy Solicitor of the U.S. Department of the Interior. He graduated summa cum laude and Phi Beta Kappa from Temple University at the age of 19 before going on to acquire his law degree. He was Editor-in-Chief of Conservative Review, President of Landmark Legal Foundation, and was awarded the Ronald Reagan award by the American Conservative Union. He was a New York Times best selling author seven times, and five times was number one on the Times best sellers list. Levin is a highly respected Constitutional scholar who has the third largest radio audience in America.

About the Author
Joanna M. Saidel, Ph.D was the personal research assistant for the late Professor Benzion Netanyahu, father of the current prime minister, from 2000 to 2010. She authored the Doctoral dissertation, Revisionist Zionism in America: The Campaign to Win American Public Support, 1939-1948, and the Master’s thesis, Jewish Life in Latin America. She was awarded "First Place" in the International Art Competition, "My Jerusalem," by Mayor Teddy Kollek and Baron Edmond de Rothschild.
Related Topics
Related Posts
Joanna M. Saidel
Comments