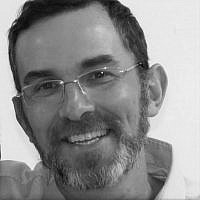 The Blogs
Dan Jacobson
Apply for a Blog
Advertisement
Please note that the posts on The Blogs are contributed by third parties. The opinions, facts and any media content in them are presented solely by the authors, and neither The Times of Israel nor its partners assume any responsibility for them. Please contact us in case of abuse. In case of abuse,
Report this post.

For reasons both halachic and psychological, most women recognize the need for a series of meetings with a kallah teacher in preparation for marriage. For most men, meeting with a hatan teacher (madrich) plays a minor part in their preparations for marriage, which is unfortunate. As a psychologist I can attest to the fact that a knowledgeable madrich with both religious depth and psychological understanding, can have a huge impact on the health and happiness of a marriage.

In the following scenarios I outline the difference between what can happen when a groom has no guidance (or only that of an untrained madrich), and what can happen in the same scenario when guided by a well-trained madrich, with knowledge about sexuality, birth control, and challenges facing young couples today.

These issues came up either in my practice or in the Eden Center-Eretz Hemdah Hatan Teacher Course, which I facilitate, where the students and I hashed out how a madrich may best help a groom grappling with the given issue. These scenarios provide anecdotal evidence of how beneficial a good madrich can be.

Names have been changed so that the individuals involved are not identifiable.

During his years in yeshiva and the army, Ari watched pornographic videos on his iPhone every two or three weeks.

With madrich: In their fourth meeting, Ari’s madrich raised the issue of pornography and its impact on marriage. Gently, but directly, he told Ari they could discuss any exposure he might have had. In their fifth meeting, Ari’s madrich became the only person to know about Ari’s struggles with pornography. After ascertaining that Ari’s viewing didn’t seem addictive, the madrich congratulated him on having stopped viewing, and shared many reasons, both religious and psychological that this was important. The madrich and Ari discussed whether he should share this history with Tali, and decided that it was important for Ari to assure her that this had happened in the past and was over, without getting into any detail. Tali reacted well, not pleased but understanding. When Ari slipped two months after marriage, he immediately told Tali. He assured her it had nothing do with his happiness and their marriage, and told her he was installing Netspark on his phone to help himself steer clear.

Judah and Rena dated for eight months before engagement. Although it was not easy, they had pretty much observed Hilchot Negiah throughout. While maintaining Hilchot Niddah after marriage was less challenging, the niddah time was confusing. Rena needed romance and closeness during this period, while Judah needed distance to keep himself “unactivated.”

No madrich: Despite overall happiness in the marriage, Judah noticed the tension growing steadily since their wedding seven months earlier, but couldn’t figure out how to address it. So he ignored it.

With madrich: After much frustration, Judah remembered a discussion he had had with his madrich a few weeks before the wedding: On the one hand, Chazal purposely instituted harchakot to create space between the couple during this period. On the other hand, as poskim have noted, the mitzvah of “onah” (literally, spending time with his wife) does not change during the niddah period. Judah decided to raise the subject with Rena (when she was not a niddah), and they worked together to find the right balance that could create the necessary disengagement, while maintaining intimate feelings.

Yosef knew there were differences in sexual needs between men and women, but he was becoming increasingly frustrated. It sometimes seemed as if Ayala was just doing him a favor when they were intimate, but wasn’t enjoying herself. He couldn’t think of how to raise the subject with Ayala in a way that wouldn’t be hurtful and make things worse.

No madrich: He knew she meant well, yet the lack of shared intimacy had started to impact negatively on their relationship.

With madrich: He was not quick to share his private matters, much less his wife’s, with anyone. However, he had felt comfortable speaking about sensitive issues with his madrich, and had confidence that his madrich was both knowledgeable and non-judgmental. He called his madrich and they arranged to meet privately. The madrich reminded Yosef that there is a long learning curve in intimacy, and it was not unusual that there were struggles. He reviewed a number of reasons why Yosef’s wife might not experience pleasure during relations, including her use of birth control. The madrich encouraged Yosef to communicate with his wife, to make certain he was correct in reading Ayala’s feelings, to learn what was working for her and what wasn’t, and to discuss how they could both best have their needs met. The madrich also made an appointment to meet with Yosef again in two months to reassess the situation and discuss other steps that the couple could take, if necessary.

Marriage has always been complicated, and each couple has its own learning curve. The Torah tells us that a husband has a specific mitzvah to bring happiness to his wife during the first year of marriage. Sefer Hachinuch explains that the husband must spend significant time with his wife during that first year in order to learn all of her nuances and habits, as a foundation for building a happy marriage.

Marriage in 2016 is even more complicated than in the past. On the one hand, sexual issues of all sorts are discussed much more openly, and are much more accessible in popular culture than they once were. These changes, however, have created more complexity and confusion, rather than relief and happiness.

Rav Kook notes that many of the more perverse excesses of contemporary society were reactions against the negative attitude of Christianity to marriage and sexuality. Jewish tradition took a radically different approach. While Judaism encouraged modesty and discreteness in public conversation, it encouraged frank discussion and understanding of all aspects of marriage and relationship.

The common denominator of the scenarios above is that the proper guidance can help mitigate these and other common problems, saving newly married couples from pain and confusion, as well as from permanent damage to their marriages. More importantly, proper preparation can enhance relationships in their beginnings, in ways that change the trajectory for the good.

At the critical crossroads of engagement, most religious men receive brief instruction to prepare them for marriage. The hatan classes usually entail abridged study of Hilchot Niddah, a few thoughts about relationships, and sometimes a few words about sexuality.

The Eden Center and Yeshivat Eretz Hemdah are producing, as a joint venture, hatan teachers equipped with thorough training in Taharat Hamishpachah, coupled with lectures from leading experts in the psychological, biological, and sexual realms relevant to marriage. Regardless of whether a madrich is teaching a yeshiva graduate or a nominally dati young man, the madrich is trained to prepare the hatan to appreciate the gifts of marriage, while providing tools to handle its multifold challenges.

To request a hatan teacher or to learn more about the course for Madrichei Hatanim (beginning November 6th in Jerusalem) please email lectures@theedencenter.com.

Dr. Dan Jacobson is a psychologist in private practice specializing in work with teens and young adults. He is the coordinator of the Mesos Chatan Hadrachat Hatanim course run by The Eden Center and Eretz Hemda. Dan made aliyah from New York in 2005. He and his family live in Gush Etzion.

About the Author
Dr. Dan Jacobson is a psychologist in private practice, specializing in work with teens and young adults. He is the coordinator of the Mesos Chatan Hadrachat Hatanim course run by The Eden Center and Eretz Hemdah. Dan made aliyah from New York in 2005. He and his family live in Gush Etzion.
Related Topics
Related Posts
Comments