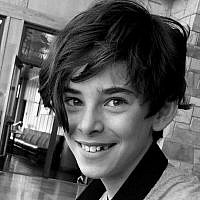 The Blogs
Meyer Lewis
Apply for a Blog
Please note that the posts on The Blogs are contributed by third parties. The opinions, facts and any media content in them are presented solely by the authors, and neither The Times of Israel nor its partners assume any responsibility for them. Please contact us in case of abuse. In case of abuse,
Report this post. 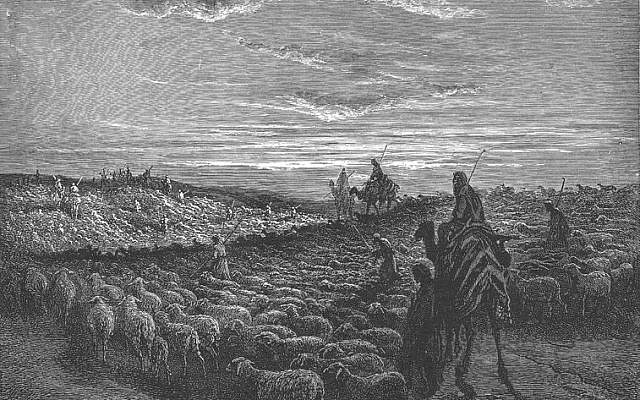 Illustrative: Abraham Goes to the Land of Canaan, by Gustave Dore, 1866. (Wikimedia Commons).

The second conversation in this week’s parsha is one of the most famous in the Torah. It precedes the Akedah, in which Gd instructs Abraham to sacrifice his beloved son, Isaac. Unlike their first exchange about Sodom and Gomorrah, this time, Abraham is silent.

I’d like to talk with you about what is happening between Gd and Abraham in these two very different exchanges. To do this, I’d like you to take a leap with me, and consider the idea that Abraham might be autistic.

Before we continue, I’d like to pause and ask you, “When I said, ‘Abraham might be autistic,’ what was your first thought?” Many people have a negative association with the word ”autism.” I think that’s because autism is commonly misunderstood. In the autism community, there’s a saying: “If you know one person with autism, you know one person with autism.” Meaning, not only are autistic people different from neuro-typical people; they are also different from each other.

The rates of autism are rising. According to the Centers for Disease Control, in 2014, 1 in 68 children in the US was autistic. This represented a 30% rise from 2008, and a doubling from 1 in 150 in the year 2000. The rise in autism is likely not due to biology, but rather a result of increased awareness and a broader definition of the autism spectrum. It used to be that autism and Asperger syndrome were categorized as two separate neurological conditions, but in a recent re-classification, Asperger syndrome was integrated into the autism spectrum, and it does not exist as a distinct category anymore. While some people with autism have characteristics that are pretty strong, other autistic people are hard to recognize. In fact, it is likely that all of us have a classmate, a co-worker, or a family member who is autistic, even if we are not aware of it. Many autistic people do not discover their autism until adulthood, and some autistic people never do. As I write about Abraham and Gd here, I hope you can follow along with me, thinking of autism as “difference,” rather than, “disability.”

Why did I first consider that Abraham might be autistic? I was listening to an interview with the climate activist, 16-year-old Greta Thunburg, who has gained international attention for her work to push world leaders to act to save our planet. Greta is often asked what gives her the ability to be so bold in speaking to powerful people. Greta explains that she has autism, which makes her think differently. She is less concerned with social graces than many neuro-typical people, which allows her to speak truth to power. Greta is asking adults to be their best selves — to treat the climate crisis like the emergency that it is, and to be willing to get uncomfortable in order to save the planet.

When I watched Greta’s interviews, it occurred to me that perhaps, like Greta, Abraham was capable of speaking to Gd boldly and unflinchingly because he was different. If autism explains why Greta can speak easily to world powers, maybe it similarly explains why Abraham was capable of speaking to Gd so bluntly. Abraham saw that lives were at stake, and he wants Gd to be Gd’s best self, to rise to the occasion and do the right thing.

Like Greta and maybe Abraham, I am autistic. Well, in the old definitions, I would be considered to have Asperger’s, but now that’s just part of autism. I tend to think in black and white. I am capable of seeing grey, especially in philosophical conversations, but I more naturally think in absolute terms. This has disadvantages when subtlety is called for, but it has advantages when direct and fearless communication is needed. Greta and Abraham excel due to their straightforward speech. World leaders are lucky that someone like Greta is calling them to be their best selves, and, similarly, Gd benefits from Abraham’s directness and fearlessness.

The late scholar Elie Weisel said about this conversation, “Gd invited Abraham to play this role. It is as if Gd turns to us, the readers of the future, and says, ‘I’m going to tell Abraham what I intend to do to Sodom so that he will argue with Me. I want to lose this argument.” According to Elie Weisel, Gd wants Abraham to make Gd do the right thing, just as much as Abraham wants the same.

Eli Weisel is suggesting that Gd wants all of us to pursue righteousness, even or especially when it means speaking truth to power. There are many examples of neuro-typical people who do this work. I am simply suggesting that being autistic might be advantageous when it comes to the pursuit of justice. Neuro-typical people can look to autistic people for guidance when it is necessary to be brave, to defend the vulnerable, and to demand that our leaders be their best selves.

Now, what about the Akedah? Why didn’t Abraham speak up for his son like he did for the people of Sodom? Abraham was obviously capable of having a successful conversation in which he questions Gd’s reasons for doing something, so why not argue when Gd asked him to kill his own son? This is a question that has befuddled many people. Just as Eli Weisel suggests about their last exchange, perhaps Gd was asking Abraham to argue, to be an example for all of us when we are told to do something that we know is morally wrong. Maybe the test of the Akedah is not whether Abraham would be willing to sacrifice his son, but rather whether he would be capable of making sense of this complicated challenge. But, Abraham did not argue. What’s going on?

Let’s return to the idea that Abraham was autistic. Perhaps when Gd asked him to sacrifice Isaac, he was so overwhelmed by the request that he froze. This is not the first time Abraham faced the question of putting one of his children’s lives in danger. Earlier in this chapter, Abraham sent Hagar and his first son, Ishmael, out into the wilderness. When Abraham worried that Hagar and Ishmael might die, Gd reassured Abraham that they would live. Now, Gd is asking Abrahm to take his second son, Isaac, out into the wilderness and kill him. Why is Gd asking him to follow a similar path again, only this time instead of reassurance that his son will live, Gd tells him to sacrifice Isaac? I think Abraham knows what is right, but Gd’s request is too confusing and subtle for Abraham to grasp rapidly, and he freezes.

In Greta Thunberg’s interviews, she says that she has selective mutism. When an autistic person is confused by a social interaction and unsure of what to do and how to proceed, they might go silent. It is not that they experience lack of moral clarity. Rather, they are momentarily stymied by the complexity of the social dynamics. I can relate. When I’m unable to cope with a complicated social situation, I lock up and keep talking until I crash. Frequently, neuro-typical people misunderstand what is happening when an autistic person freezes or crashes during a conversation. Maybe that is why this story is considered one of the most difficult in the Torah to understand. If you think about the Akedah as if Abraham is neuro-atypical, it makes more sense that he speaks boldly in his first exchange with Gd, and then he is silent in the second.

After I crash, sometimes I realize what happened. Then, I feel bad because some damage has been done. I might go to a neuro-typical person for help in deciphering the situation. Once I figure it out, I wish I could press rewind and take things back to the beginning of the conversation so I could start over and respond differently. I wonder if Abraham may have felt the same way. After Gd tells Abraham to kill Isaac, they walk for three days in the wilderness before Abraham binds Isaac and prepares to kill him. During that journey, maybe Abraham would have benefited from having a neuro-typical person walk beside him, helping to translate Gd’s request, process it, and respond appropriately. You don’t have to be autistic to freeze in a social situation or to need help to understand complicated conversations. I know this happens to neuro-typical people, as well. It’s just that it can happen with more severity for autistic people, and it can make us more misunderstood.

Of course, in the end, Abraham does not kill Isaac. Just as he is poised with the knife at his son’s neck, an angel calls to him. Abraham looks up, and he sees a ram in the thicket. He sacrifices the ram instead of Isaac. Gd looks out for Abraham and Isaac by allowing Abraham to see the ram. I find it comforting to think of the outcome of this story and know that it is possible to freeze, lose your way, and still have a second chance to get it right. I hope it is comforting for neuro-typical people, too, since everyone needs second chances, sometimes.

In the end, it doesn’t actually matter if Abraham is autistic. But, seeing him through an neuro-atypical lens gives us an anchor point for exploring the way he speaks and acts, in order to understand what it means for us. If you look at the world from a different angle, the world becomes different.

When I was writing this drash, it was scary for me to think about being so open about my autism. I was afraid that it would lead to being stigmatized or that you would create false ideas about who I am. I decided to take the risk, and I am telling you all of this with the trust that you will not treat me differently now that you know. I welcome you to ask me any questions you may have about what it’s like to be autistic, and I will answer them to the best of my ability.

This piece was originally a d’var Torah that I gave for my bar mitzvah at Congregation Netivot Shalom.

About the Author
Meyer is a 13-year-old, growing up in Berkeley, California. His hobbies include violin, martial arts, and playing Dungeons and Dragons with his friends.
Related Topics
Related Posts
Comments