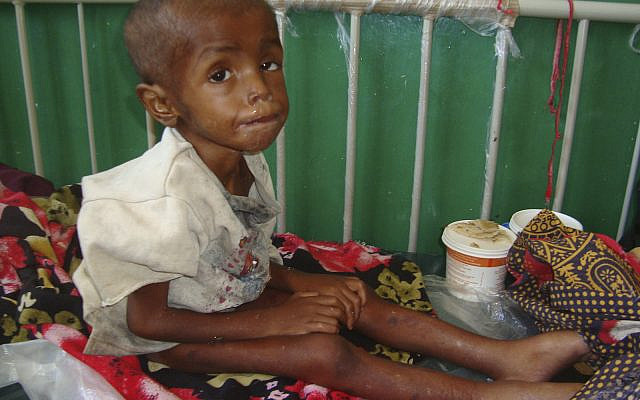 It would be difficult – though not impossible – for a religious Jew to say that there is no divine message in the coronavirus pandemic. But even if one does not accept such an approach, there is reason for all of us to agree with our tradition’s response of examining our ways and trying to improve. In the best case scenario, it will bring positive divine intervention. But even in the worst case scenario, we will be the better for it after we get through this.

An integral part of the repentance incumbent as a response to calamities is looking for how I and my own community can improve. In the current case, however, it is nearly the entire world that is being struck, and not just a specific community or group. Hence the ethical deficiencies that seem most appropriate to address should also have a global scope.

While there are many issues that affect most of the world, one seems particularly connected with what we see unfolding in front of our eyes. Take this eyewitness vignette for example:

We are facing serious medical shortages that affect how we do our work. Simple things such as gloves, bandages or needles are not easy to get. There are times when I’ve had to operate without surgical gloves. I use the short nonsterile gloves which we use for basic consultations.

Coronavirus-era Northern Italy, Hunan or New York City? No, an average hospital in Liberia before corona.

The above may not surprise you. But what about the fact that a larger percentage of children under five will die of illness simply by being born in Sub-Saharan Africa than will corona patients over 65 around the world? In the poorest countries of the world, what we are seeing in our own countries is the norm on a good day – contagious diseases threatening to get out of control, insufficient medical infrastructures to respond to them and the accompanying economic fallout.

Making this much worse is the poverty of states and citizens that cannot even afford the resources that could otherwise be available. A Ugandan friend of mine recently related how he was fortunate enough to find the $1,000 required by the local hospital to treat his infant son for typhoid, given that the waterholes from which they drink are often contaminated. He continued to explain that the many others who cannot afford it must often resign themselves to their child’s death.

For the first time that I can remember, we are beginning to see at least relatively similar scenes in the wealthier countries. But there is one important difference. As soon as the seriousness of corona became clear, the US government earmarked $ 8.3 billion towards dealing with the new medical challenges posed by the virus. This has been followed by discussion of a financial recovery package that is likely to cost at least $1 trillion dollars, and probably much more. Other wealthy nations have responded similarly. Of course, all of this is as it should be. There is a serious crisis that will hurt many, and it is the government’s responsibility to find and spend the resources needed to address it as best it can.

However, the question I would like us to begin asking ourselves is why a fraction of that sum was not found when it was Africans that were dying. Net official development aid from the US was less than $10 billion in 2018. Like most wealthy countries (including Israel), this was much less than agreed to in various international forums. Presumably, these countries believed that they could not spare any more. Seriously?

I am aware of the solidarity one owes to one’s own community first, something that is also part and parcel of the Jewish tradition. However in one of his responsa, R. Moshe Sofer (Chatam Sofer) pointed out what I assume had always been obvious – that this is only when the needs of the other community are essentially no different than our own. However, it is very difficult to ethically justify spending the types of money we regularly spend on our own countries while doing very little to assist countries that live with corona-like conditions all the time.

I am not suggesting that wealthy countries provide first class medical care to all of the world’s inhabitants. However now that it should be much clearer that we can afford to give a tiny fraction of our wealth to provide certain basics like safe water and common life-saving drugs to just about every inhabitant of the world, I have not yet heard a good reason why we should not.

In that sense, the panic created in wealthy countries by corona may be an important wake-up call about the worth of human lives, wherever they are at stake. I am sure that my Ugandan friend loves his child as much as any of us loves our elderly father or mother.