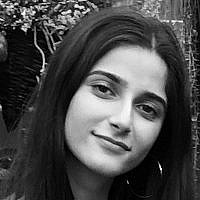 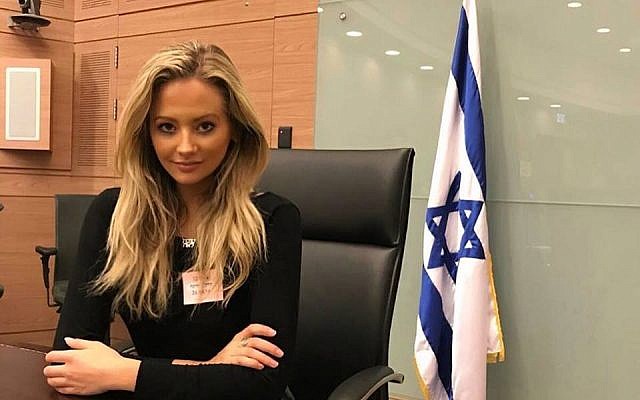 As the semester is winding down, I took a few moments to speak with Lily Romond, the outgoing president of SSI at Kent State University.

Lily is from Cleveland, and loves spending her very little free time playing with her dog. As a Global Communications major with a minor in Jewish Studies, Lily always knew that Zionism was a part of her.

She was driven to become involved with SSI after seeing, “the hatred and bigotry on campus”; Lily was aware of the lack of open forum, and she sought to change that.

Recently, SSI at Kent State partnered with CHARGE on their campus for a Krav Maga event, “a lot of people showed up, and it was a great opportunity to get our name out”. Lily believed that events like these really helped spring their chapter’s visibility on campus.

Zionism has been a big factor in Lily’s life, and it is something that she’s always been very immersed in, “I’ve always been very interested in Israel growing up because I was the only Jew at my school in Cleveland. Being in an atmosphere where Jews are the majority has always seemed like a dream to me, and knowing that Israel has that is something that’s amazed me. I think my love for Israel has grown throughout the years, and Zionism has definitely defined who I am today, and what I want to do in the future”.

Lily would like to see people on her campus care more, “I want to give them a reason to want to learn about and support Israel. I think the biggest problem is that people don’t think that Israel matters, so giving people that aren’t Jewish a reason to want to support and become more involved with SSI and learn more about Israel is the main goal”.

Pro-Israel activism has given Lily a platform where she can advocate for things that matter to her, “SSI has given me opportunities unlike any other. It gives us freedom to do what we want and educate students in ways that we know will draw them in”.

When I asked Lily where she would see herself in ten years she said, “I’m letting God decide that for me”.

Lily had a short but powerful message to give to SSI members across the country, “Don’t be afraid to speak and spread the truth”.