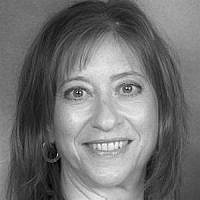 The Blogs
Ruth Tepler Roth
Apply for a Blog
Advertisement
Please note that the posts on The Blogs are contributed by third parties. The opinions, facts and any media content in them are presented solely by the authors, and neither The Times of Israel nor its partners assume any responsibility for them. Please contact us in case of abuse. In case of abuse,
Report this post. 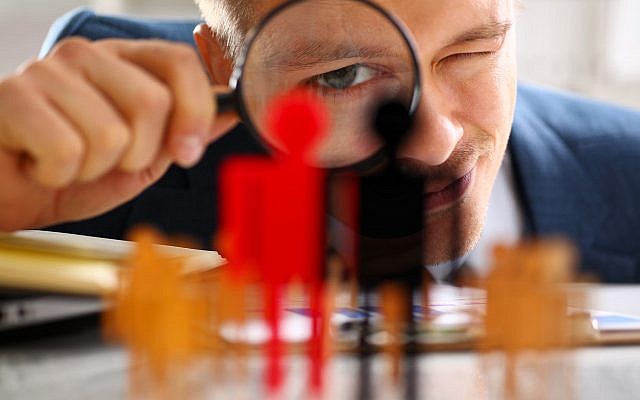 “You have to find out the hidden things.” That’s what a friend explained to me about the importance of ‘investigating’ the individual that one’s son or daughter is dating. This was his way of explaining why he and his wife called the rabbi of (and several people whom they knew in) the community of their son’s “almost fiancée.” When I asked exactly what sort of facts, if uncovered, would cause them to persuade their son to sever the relationship, he demurred. “It could be anything,” he said.

“So, in other words, you wouldn’t allow your son to marry either of my daughters,” I responded. As the words left my mouth, his face fell. “No,” he said; “because that wasn’t hidden.”

The unhidden fact under discussion was my son’s suicide.

When our son, Jonathan died, my husband and I decided that we would be open about the cause of his death. We had chosen not to hide it because we knew we would be unable to endure the pain and resulting isolation engendered with having to lie forever, or of having to always have an “outside face” to the world. Nor would we mar our son’s memory by acting as though we were ashamed of an illness over which he had no control; it was bad enough that his and our secretiveness had, in our opinion, augmented his suffering during the time he struggled with mental illness.

Despite his feeble protest, my friend and I both knew that suicide and mental illness were the precise examples of his investigative focus. He couldn’t deny it. That was the last time that I spoke with this friend, approximately four years ago. It was simply too painful to actively continue our relationship.

My son had taken his own life about two years prior to this interaction. Through the time of our climb out of the abyss of deep grief, we had not socialized at all for the first two ensuing years. I avoided people, and had taken to doing as many errands as possible at times and in places that would reduce the possibility of running into familiar faces; I didn’t accept invitations to any events, social occasions, or even to a Shabbat or holiday meal with anyone but close family. It was too difficult and unnerving because all at once I might be reminded of Jonathan and my eyes might begin to tear. Or, someone might say something that, while not intentional, could be hurtful. So, when it came to starting to circulate “among the living” again, I took my time, knowing that I would eventually get there, but at my own pace.

This invitation to get together had come at a point when I was ready to push myself to rejoin the world socially and I felt safe with these people, who had always been dear friends. We had lived in the same neighborhood and been members of the same Modern Orthodox congregation, though perhaps they had recently veered slightly more toward the “yeshivish” end of the spectrum. I was, therefore, not prepared when I came face to face with the deep-seated stigma of mental illness, from which we had sheltered ourselves. It was there, even among our closest friends.

Almost six years after Jonathan’s death, I continue to be in contact with parents whose children struggle with mental illness. They call to ask for an opinion, advice, for a referral to a competent clinician, to check on the reputation of a particular clinician or program, and sometimes because their child is in crisis and they need a safe, non-judgmental place to emote. They are fearful of the reactions of others. At times, some have expressed the need to keep their situation secret, because they have other children who are as yet unmarried, and they fear that any potential stigma will get in the way of those children finding a spouse.

The very day after experiencing this stigma with my friends, I counseled my daughters to reveal their brother’s cause of death as soon as possible when starting a new relationship. I had three reasons for making this request. First, if they and their family history were going to be the subject of investigation, I believe it would be far better to be open and let this come up right away; if it was going to be a deal-killer, it might as well happen sooner rather than later. Second, I didn’t want my daughters to be ashamed of their brother. And third, the litmus test goes both ways; I wanted each of my daughters to find a young man who was compassionate and kind and a response would provide insight into his character. While I am pleased to report that both of my daughters have since married wonderful young men, despite our having been open about their brother’s suicide, it grieves me that so many parents’ fear of stigma causes them to live isolated and secret lives. They are afraid to take a chance.

Years ago, I recall the same secretiveness applied to cancer. In those days, the mere word was uttered in hushed tones, or code words, at times in a foreign language. Many a “shidduch” was no doubt set aside because a family member had the dreaded disease, for fear that it was hereditary. Mental illness has sadly become today’s “cancer.” I can only wonder what additional illnesses are on the list for investigation. There are a host that might be included, for example: diabetes, heart disease, autoimmune diseases, allergies. Should ADD, ADHD, dyslexia, other learning disabilities, even a language delay also be included on such a checklist? There are so many more potential issues to consider – so many, in fact, that it may not be possible to find the “hidden” information on all of them. What of diseases that show up later in the lives of the parents or siblings? It is exhausting to ponder the vastness of imperfections in a human being, and I pray, that by offering this incomplete list, I am not giving anyone ideas for additional areas to “investigate.”

In this era of the discovery of all the details of the human genome, the potential for disease is both completely before us and, at the same time, completely hidden. While we now can ascertain whether individuals have genes that predispose them to certain disorders, there are many other genes that may be protective, and still others that are a complete mystery. Put in another way, regardless of what we are able to discover about potential spouses and their families, the potential for endless disorders lies ahead for everyone, no matter how well they have been “vetted.” While diseases can certainly have adverse impacts on life, they also frequently have treatments and cures available, and always with more on the horizon.

There is only one flaw that cannot readily be remediated by modern medicine and science — the flaw of poor character. Its symptoms are unkindness, lying, lack of integrity, and cheating, among others. If I were giving advice to parents seeking a mate for their child, or on approving one, I would advise them to spend their time trying to discern the true character of the young man or woman, and not what supposed malady they may possibly contract during their lifetime.

Having been married for 42 years, I would like to posit that my erstwhile friend’s search for “hidden things” missed the point and neglected both the reality of marriage and the development of a trusting relationship. What my husband and I always tried to help our children understand is that integrity, kindness, and excellence of character are the priorities upon which they should focus. Indeed, it is not a simple thing to ascertain the values and character of another individual. Attraction, the excitement that accompanies the early stage of a relationship, and the desire to be part of a couple can often cloud an objective evaluation. It is in helping to ascertain these vital qualities – the ones that endure for decades – that parents might be able to offer the most meaningful assistance to their sons and daughters.

About the Author
Ruth Tepler Roth received her MS from the Columbia University School of Social Work and an MBA from the NYU Stern School of Business. She has previously worked in the field of marketing and sales in the healthcare industry as VP of Marketing/Sales at an insurance company specializing in mental health/substance abuse services, and more recently as director of admissions/PR at a private yeshiva elementary school. She is a wife, and a mother of three children - two daughters, and a son, who took his own life. As one would expect, this cataclysmic event in her life caused a major shift in her awareness and thinking about mental illness and she devotes much of her time and energy to help destigmatize mental illness, and to be supportive of people who struggle with their own mental illness, and parents and siblings of those who suffer from a mental illness. She writes on topics related to mental illness awareness in daily life. It is more than a worthy cause; it is part of what heals her.
Related Topics
Related Posts
Comments