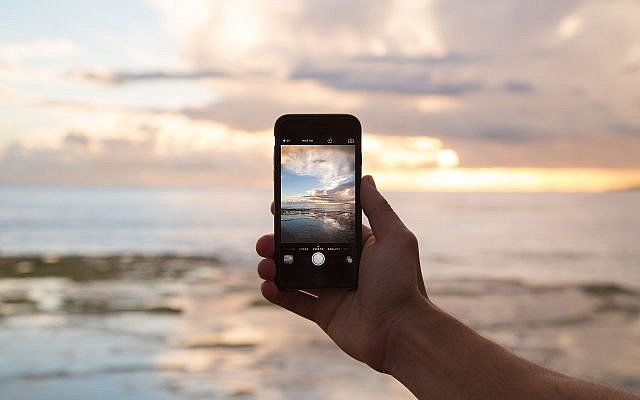 This week “mind boggling” is too mild a word.

Jacob endured severe difficulties and tragedies immediately following his departure from Laban.  First his brother Esau came towards him with 400 armed men. Then he wrestled all night with the angel of Esau. After he was finally able to continue on his journey his daughter Dina was sexually assaulted in Shechem. Then his wife Rachel passed away.

The Midrash says there was one reason for all these hardships. Jacob failed to fulfill the oath he took when he first left home. He made that oath right after he dreamt of angels going up and down the ladder. Each tragedy was a wake up call to Jacob to fulfill his pledge. Each could have been avoided.

He swore that if G-d would protect him and provide his basic necessities, he would express his gratitude by returning to the same spot, Bet El, on his way back home. There, he would transform the stone, that he had consecrated, into a dwelling place of G-d and tithe from all his material blessings .

“Jacob then made a vow, saying, “If God remains with me, if He protects me on this journey that I am making, and gives me bread to eat and clothing to wear, and if I return safely to my father’s house—the Lord shall be my God. And this stone, which I have set up as a pillar, shall be G-d’s abode; and of all that You give me, I will set aside a tithe for You.” (Genesis 29:20-22)

Instead, after Jacob miraculously survived his life-threatening confrontation with Laban, he turned his attention to Esau and neglected his vow:

“Jacob sent messengers ahead to his brother Esau in the land of Seir, the country of Edom” (Genesis 32:4)

The entire confrontation with Esau was a divine message

According to the Midrash what appeared to Jacob to be a massive bribe to resolve the festering issue with his brother, was something else entirely.  It was G-d sending a message to Jacob – “you promised to tithe from the great wealth I blessed you with. But since you didn’t fulfill your vow, you have to squander it on a bribe.”

To make matters worse, before departing from Laban’s house, Jacob informs Rachel and Leah that G-d appeared to him and told him that it’s time to leave. According to Jacob’s own retelling of G-d’s message, he received a clear reminder of the vow he took in Bet El:

“I am the G-d of Beth-el, where you anointed a pillar and where you made a vow to Me. Now, arise and leave this land and return to your native land.” (Genesis 31:13)

Many commentaries on that verse echo the assertion of the Midrash that Jacob seems to have neglected his vow.

Jacob was full of gratitude

Don’t conclude from Jacob’s delay in fulfilling his vow that he lacked gratitude for G-d’s many miracles on his behalf. Quite the opposite. Before his confrontation with Esau he prayed to G-d and declared that he is unworthy of the tremendous goodness he received to survive and thrive in Laban’s house.

“I am unworthy of all the kindness that You have so steadfastly shown Your servant..”

The severity of not fulfilling an oath

Ironically, Jacob exhibited extreme humility when he prayed to G-d before his confrontation with Esau. Yet Midrash Tanchuma defines the transgression of breaking a vow as an overt display of haughtiness.

The Midrash lists  “breaking a vow” among three actions people take that put themselves in mortal danger. The other two are traveling on a dangerous road when you are all alone and living in a dilapidated house. In all three instances you trigger what the Midrash calls “Opening your ledger.” Because you are forcing G-d to scrutinize your ledger (of good and bad deeds) to see if you merit miraculous protection. Are you truly so pure and holy as you make yourself out to be.

“A man’s ledger (of good and bad deeds) is opened in three circumstances: when he journeys alone upon a (dangerous) road, when he resides in a dilapidated house; when he vows and fails to fulfill it.”

The severity of failing to fulfill a pledge stems from a Biblical injunction:

“When you make a vow to the Lord your God, do not put off fulfilling it, for the LORD your God will require it of you, and you will have incurred guilt” (Deuteronomy 23;22)

Perhaps when the Midrash stated that one should not go down a dangerous road by yourself, it corresponded to Jacob being all alone when he wrestled with the angel of Esau. And Dina was all alone when she ventured into Shechem.

Could raising children in the deceitful and villainous household of Laban be considered like living in a dilapidated house? Jacob had to work 14 years to marry Rachel and Leah. But maybe it was time to go home right after that instead of staying another 6 years?

This is all so out of character for Jacob

“Give truth to Jacob, loving kindness to Abraham, As You swore to our Forefathers In days gone by.” (Micah 7:20)

Jacob’s humility compelled him to believe that any transgressions he committed in his 20 years with Laban might not make him worthy of what G-d had promised him in his dream. Perhaps this relates to last week’s Midrash. After Jacob witnessed angels representing the four world powers go up and down the ladder, G-d challenged Jacob to go up the ladder. This signified that the Jewish People could have become a dominant power. Perhaps, due to the same humility, Jacob refused to ascend the ladder.

According to the Talmud, Jacob was the first to pray (Maariv) the evening prayer. It’s a daily prayer recited as the sky darkens and we enter a period of uncertainty and the perilous unknown. In fact, you can see  familiar echoes of antisemitism in the way Laban treated Jacob. Deceit, jealousy, not to mention, an attempted annihilation.

We can’t judge Jacob other than to say that in Judaism even our greatest figures are fallible. But, more importantly, Midrash Tanchuma has a strong message for us: The events of our life are really a series of tests in disguise. These tests contain messages designed to help us grow. Should we choose to ignore the messages, G-d has to shout louder to get our attention. The Talmud states it unequivocally:

“Rava, and some say Rav Ḥisda, said: If a person sees that suffering has befallen them, they should examine their actions. Generally, suffering comes about as punishment for one’s transgressions, as it is stated: “We will search and examine our ways, and return to God” (Lamentations 3:40). (Talmud Berachot 5A)

The Talmud is saying that when we experience hardships and adversity it should evoke questions in our mind. We often look at an event and think we have determined exactly why it happened. But we are asked to be open to an entirely different explanation. One that  requires self examination and introspection.

Perhaps the Midrash Tanchuma is trying to drive home the point when it discusses neglecting the poor. G-d’s perspective is different than ours. Right now it looks like we are on the giving end and the poor person is on the receiving end. But guess what, it doesn’t have to be that way. If we neglect the needs of the poor G-d can imagine a new scenario where we’re on the receiving end.

“The Holy One, Blessed Be He, said: I have exalted you and have humbled the poor, but I am also able to humble you and exalt the poor, for I am the Judge, as it is said: For God is judge; He can put one person down and lift the other one.” (Psalm. 75:8).

Perhaps the Midrash sums it up with this conversation between a Roman noblewoman and Rabbi Halafta. She asks him what G-d does all day now that G-d has completed (the admittedly difficult task of) splitting the Red sea. Rabbi Halafta answers that  G-d is now involved in making people go up and down ladders.

“A Roman noblewoman asked Rabbi Yosé the son of Halafta: ‘In how many days did the Holy One, blessed be He, create the world? In six days,’ he replied, ‘as it is written: “For in six days the Lord made heaven and earth” (Exodus. 20:1). What has He been doing since then?’ she asked. ‘He has been erecting ladders,’ he answered, ‘upon which one ascends and another descends’”

For example, if someone suffers a setback (down the ladder) but as a result of introspection and  personal growth the person is better able to handle adversity in the future (up the ladder). Likewise if one  experiences good fortune (up the ladder) it may lead to certain callousness and insensitivities. It may take certain hardships (down the ladder) for that person to realize the error of their ways. With that lesson in hand they are poised to once again climb the ladder.

If there’s one lesson we can glean from Midrash Tanchuma’s astonishing perspective on our Parsha, it’s the awareness of who is directing our ups and downs.